Home » iOS » Opinion: Why You Shouldn’t be Upset About No charger with iPhone 12,

Opinion: Why You Shouldn’t be Upset About No charger with iPhone 12, 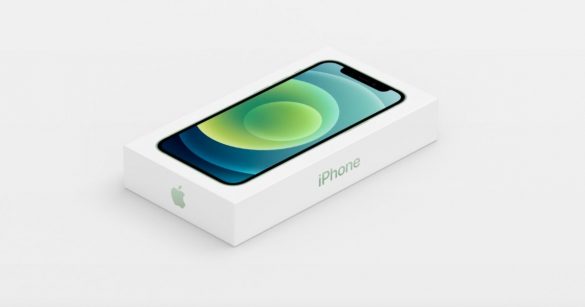 Apple has confirmed it’s not shipping the charging bricks and wired Earbuds with the iPhones anymore. Not just the latest iPhone 12, Apple has decided to remove the charging brick from all the current selling iPhones including the iPhone SE, Xr, and 11 as well. As Twitter rages on this seemingly environment-friendly decision, let’s look at the other side and maybe why you shouldn’t be upset about it. Let’s begin.

During the Keynote, Apple argued that there are millions and millions of charging bricks in the wild that smartphone users have lying around in the house and therefore don’t need an additional piece of plastic they won’t use. Instead, Apple now only bundles lightning to USB-C cable that you can plug in any USB-C brick or computer to charge your iPhone 12. To look at this situation rationally, let’s divide the potential iPhone 12 customers into three categories; existing iPhone users, users that have access to at least one USB C charger in their house, and customers with no charging bricks whatsoever.

I would admit Apple’s statement comes out a little hollow when they say people have charging bricks lying around but most of those charging bricks have USB A port. However, if you’ve owned an iPhone 5 or later, you already own a lighting cable. You can still charge your iPhone with your existing cable-charger combo.

As a personal anecdote, I went from using an iPhone SE to upgrading to the iPhone 11 and have a bunch of cables and chargers lying around that never came out of the box because I use a third-party brick anyway.

2. Users with Access to at least one USB C Charger or Computer

USB-C is a really popular standard and has been widely accepted by technology brands that make consumer products. Apple’s own MacBook Pro and iPad Pro come with a Type-C adaptor in the box and if you own any of those two products means Apple has got you covered.

3. People who don’t have a single USB-C charger

To be completely honest, I don’t have the percentage of users that don’t have a single USB-C charging brick and would be buying the iPhone 12 for the first time. While writing this opinion piece, I put my iPhone and accessories in a drawer and hid all the USB C bricks and ports, and put myself in a hypothetical situation as a new iPhone 12 customer who needs to find a way to charge their iPhone. Even though I have a lot of USB A ports to charge my iPhone 12 but the cable only goes in Type C ports, my immediate solution was to get a USB C (f) to USB A (M) adaptor from Amazon for a measly 99 cents (shipping excluded).

Of course, the best option is to get a separate USB C charger for your iPhone 12 separately but that is your choice to make.

In my opinion, this outrage is misplaced and if we look at this situation calmly, there are plenty of viable alternatives for anyone going in to buy an iPhone 12. Apple also did a decent job of making its users aware of the current box situation and you know exactly what you’re getting into. If you’re going to buy an iPhone 12, you know that you won’t get a brick inside to charge your iPhone and you would have to make a choice accordingly. What do you think? Are you still upset about the missing Charging brick in the iPhone 12 box? Let’s start a discussion below or hit me up on Twitter.