11 Best Windows 11 Features That You Should Know About 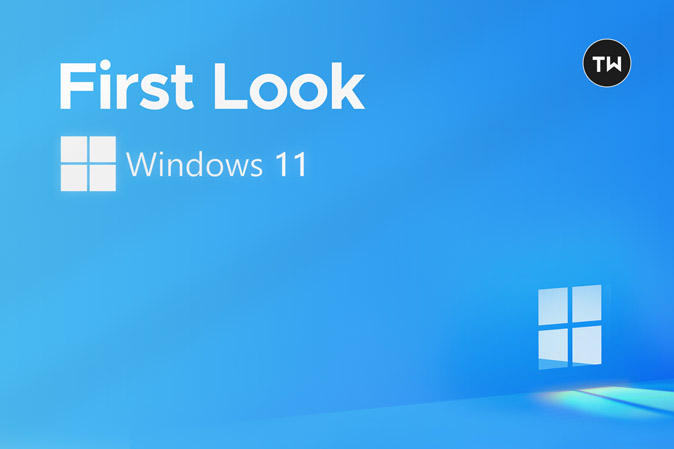 Microsoft is set to launch Windows 11 on June 24th, however, ahead of the official reveal, the Windows 11 ISO has leaked on the internet and we’re all for it. We installed Windows 11 on my spare computer using a virtual machine and noticed a lot of changes and feature upgrades that give it a fresh new look. Let’s check out Windows 11 and some of its prominent features that you should know about.

While the ISO is freely available on the web, we don’t recommend installing it unless you have a spare machine. It could crash your system. The launch is only a week away so sit back, grab the popcorn, and read what awaits you.

Apart from the new wallpaper and a login chime, the first thing you’d notice is the Taskbar. The taskbar has been redesigned and instead of aligning the Start Menu and app icons to the left, it’s now centered, giving a macOS vibe. However, the System Tray is still in the bottom right corner. If you don’t like it, then you can revert the Start button to the left.

Not just that, even the Start Menu is redesigned. For starters, Live Tiles are finally gone for good and the Start Menu has all your pinned or favorite apps on top which you can customize. It would also show recent activities such as the last opened photo, last installed apps, etc. To access all the apps, you can click on All apps or simply start typing the app’s name.

Earlier Windows 10 users need to install windows terminal manually from the Microsoft store. now they have included it in windows 11.

Windows 11 has also separated the search from the Start Menu. The search bar is now present on the top but the functionality is more or less the same. Below the search menu, you get app suggestions based on your usage. On the left, there are recently used apps and on the right, Edge browser suggestions.

The aim is to create a Spotlight-style search where you can look for files, apps, and settings in one place. It’s a welcome addition.

Now, if you look closely, the new app windows float instead of being attached to the Taskbar. The windows have rounded corners bringing the design language up to speed. This is consistent across the OS meaning whether you open the File Explorer or the Settings app, all windows have a consistent design.

Ah yes, the icons. As seen in the leaked images, Windows 11 has completely new icons for everything. The icons are more vibrant with a hint of shadow that moves away from the flat design icons of the yore.

This is for all the Dark Mode fans. The Dark Mode is now more colorful than ever. Also, the Windows 11 start menu is translucent which means you get a hint of the background wallpaper shining through.

If you were expecting a whole new app redesign then you would be slightly disappointed. Most native apps such as Notepad, Calculator, Action Center, etc. have not received any design changes. Even the Settings menu is the same except for the Microsoft Store. The Microsoft Store is fully redesigned and looks like the Live Tiles that were removed from the Start Menu have moved to the Microsoft Store.

The important news is Microsoft might be planning to introduce third-party app stores to Windows 11. If executed, we might get third-party stores such as Aptoide Store that offer apps for a lower price or sometimes even free. Plus, Microsoft will allow more apps in the Microsoft Store.

Another interesting feature is that now when you hover over the maximize icon, it shows you split-screen options and when you click on it, it just snaps into place. The feature existed on Windows 10 too but is now quicker. You can hit the Win key + Left or Right arrow to enter split-screen mode.

The most significant change in Windows 11 is Widgets. You click on the Widget icon at the Start Menu and you’ll see Widgets. On the top, you have Weather and other widgets. But, at the bottom, it’s all Bing News. So, imagine it to be more like the Google app on your phone but for Microsoft. It will display trending and important news. Clicking on an article link will open Edge.

Of course, you can use third-party apps like Edge Deflector to redirect it to Google Chrome. But, the important thing is that now third-party apps can make widgets too. So, suppose Microsoft mail comes up with a Windows 11 widget. You can read all your emails from the Widget window without opening the app. I liked the Widgets menu but it depends on third-party apps on how useful they make it.

These are some of the coolest Windows 11 features that caught my eye while browsing the latest iteration of the OS. Windows 11 is basically Windows 10 with Windows 10X slapped on it. That’s why Microsoft canceled Windows 10X and then renamed this new UI with some enhancements to Windows 11. However, one good thing about Windows is that it never falls short on backward compatibility and that’s why nothing is removed. You still have the same old Control Panel, you still get access to Registry Editor, and Command Prompt continues to survive. Let me know your thoughts and comments on Twitter.

What Is Remote Procedure Call on Windows: Complete...

Snagit vs. Snipping Tool: Which Screenshot Tool Is...

How to Open Files With No Extension in...