10 Most Important Things Announced At WWDC 2021 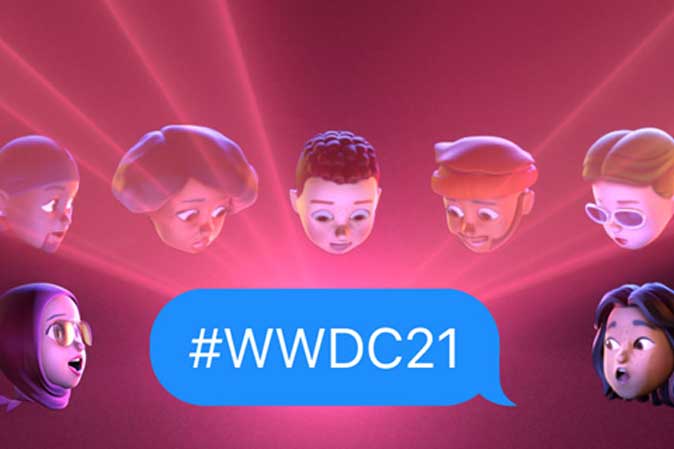 At WWDC 2021, Apple revealed the latest versions of its operating systems for iPhone, iPad, Apple Watch, and Macs. In case you missed the Live Keynote announcements, here is a summary of the most important announcements from WWDC 2021.

This was one of the most surprising announcements to come in the first 15 minutes of the keynote. Apple is planning to bring FaceTime to Windows and Android. Yes, you read that right! However, there’s a catch.

If your friends have an iPhone and you have an Android or a Windows device, you can both FaceTime each other with FaceTime links and not the official app. Earlier, this video calling service was only available on iOS and Mac devices. Let’s hope for iMessages on Android next year.

Unlike Google Assistant, Siri as of now did NOT work offline. It was infuriating because asking for little things like setting an alarm, or opening an app required an active internet connection. With the latest iOS 15, Siri will now be able to handle a variety of commands without connecting to the grid. You can use commands like “Set up a timer”, “Open Google Photos” etc. without the Internet.

More importantly, Siri processes all your commands on the device. So, whatever you speak to Siri will never leave your phone, unlike Google Assistant.

Another new announcement was the Private Relay, or Apple VPN as some people called it. Browsing with Safari, Apple will encrypt all your data and pass it to 2 different servers. The first server will assign the IP address of your nearby locality. The second server will decrypt the website address you want to visit and forward your request. This way, your browsing data stays anonymous.

It’s not clear as of now but safe to assume that Private Relay won’t let you bypass geographical restrictions and watch blocked content on Netflix. Hence, you’ll still need a regular VPN.

Private Relay is available for Apple One users only. In case you don’t know, Apple One provides all Apple services like Apple TV, Apple Music, 50 GB iCloud starting at $14.95/month.

The biggest feature in macOS Monterey is Siri shortcuts. It is already tightly integrated with the iOS on the iPhone. And now the new Shortcuts app for Mac, you can see a gallery of popular shortcuts created by other users on Mac. You can also create custom shortcuts like launch an app or send a message to iPhone if Mac’s battery drops to 20%. This is like opening Pandora’s box. There are loads of Siri shortcuts that can automate a ton of things.

Another small yet useful update was the ability to use Macbook or iMac as target devices for AirPlay. Earlier, you could only mirror your computer or an iPhone screen to the Apple TV or AirPlay-enabled TVs.

So, you can just pick up your iPhone and mirror a photo or video to your MacBook’s screen. This will let you use your MacBook’s display and speakers to watch movies or songs. Suppose, you have a family gathering and want to show them images or videos from the iPhone. It’s better to cast them on a MacBook with a bigger display and louder speakers.

My favorite announcement of the WWDC 2021 was Universal Control. With it, you can use Mac’s keyboard and cursor to work on the iPad. This will let you do things like drag and drop files between the two machines or use your laptop’s keyboard to use Spotlight searches on the tablet.

Although, it’s still not yet clear which device will support this feature, nor what technology is being used to connect the two. But it looks like the MacBook will detect the iPad when kept close to it automatically.

The camera on your iOS app will have an integrated Google Lens style feature called Live Text. Now, you can point to a paper or board and scan the text, copy the number, and identify objects. It’s more than just OCR built into your camera, and comes with added features like copy and paste, search on the web, or dial the number.

There is an important announcement for AirPods users. Your AirPods will get more Find My abilities, including an AirTag-like proximity view that tells you how far away your buds are. The AirPods Pro and Max will also be able to tap into the Find My network, contacting other people’s Apple devices to display their location. Note that this will only work with AirPods Pro and Max and not the original AirPods.

9. Develop for iPad, on iPad

If you are a developer or planning to get into iOS development, this one is for you. You can now not only code on the iPad but also submit apps to App Store for review. iPads will support native Swift Playgrounds IDE for development.

Safari has had Extensions on Mac for a while now but the functionality is finally trickling down to the iPhone. Till now, most browsers didn’t care for Extensions on the iPhone but as the Pandora’s box opens, we’d see a lot of movement in the sector.

These were a few of my favorite announcements from WWDC 2021. I purposely left out some other announcements like Apple Watch Faces, Apple Photos which is literally Google Photos, and Siri third-party integration because that still requires a big HomePod. Anyways, let me know what was your favorite update from the WWDC 2021. Back to you Craig!