Home » Internet » How to Export Accounts From Google Authenticator

How to Export Accounts From Google Authenticator 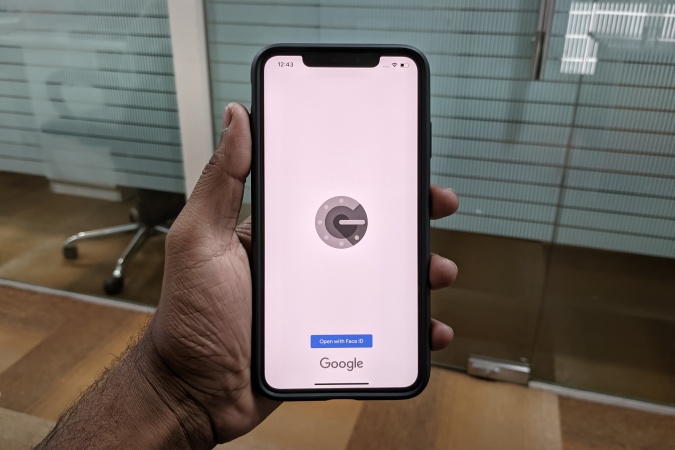 How to Export 2FA Accounts From Old Phone

When exporting Google Authenticator accounts from one device to another, always erase or format the old phone. Not the other way around or you’ll find yourself stuck in an unpleasant situation.

1. Open the Google Authenticator on your old phone from which you want to export the accounts to the new one.

2. Tap on the kebab menu (three-dot icon) in the top right corner of the screen.

Note: On Android, you will find Transfer accounts written instead of Export accounts. So if you’re on Android, tap on that to start the Export process.

5. Let the Face ID confirm your identity. If you’re on Android, it might ask you for your fingerprint/pattern/password.

6. On the next page, select the accounts you want to export to your new phone, Then tap on Export.

7. A QR code will be generated on your old phone. Now go to your new phone and follow the steps covered in the next section How to Import 2FA Accounts to New Phone.

8. After done with the steps on the new phone, come back to the old one and tap on Next to continue.

9. On the next screen, choose whether you want to remove the account from the old smartphone or not. And tap on Finished.

Google Authenticator is not the only 2FA app in the town. There are many other 2 FA apps that offer more features. Do read about them.

How to Import 2FA Accounts to New Phone

1. First open the Google Authenticator on your new phone.

3. Tap on Import existing accounts? at the bottom of the screen.

5. On the next screen your phone’s camera app will open. Point the camera to your old phone’s screen with the QR that was generated by Google Authenticator while exporting 2FA codes steps above in How to Export 2FA Accounts From Old Phone section.

6. All the accounts will be imported to your new phone. Now tap on OK to continue using the Google Authenticator on your new smartphone.

Note: Android doesn’t allow yet to lock the Google Authenticator. But you can always use a third-party app for making it more secure.

Did you know you can secure your Instagram account with Two-Factor authentication? Yup. Read the guide to learn more.