Home » Internet » Figma vs Adobe XD: Which Is the Better Design App for Beginners

Figma vs Adobe XD: Which Is the Better Design App for Beginners 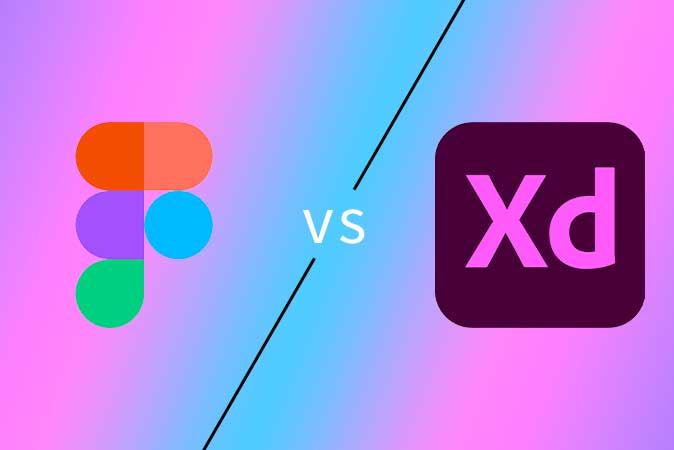 Figma is the latest talk of the town in the design and prototyping industry and has big players scrambling to create their own versions. XD is Adobe’s answer to Figma which benefits from seamless integration with other Adobe apps like Photoshop, Illustrator, and Sketch. Figma is the new kid on the block that’s forcing other kids to up their game. Adobe has responded but we need to find out just how these two prototyping and designing apps differ from each other and which one is suitable for your needs.

Figma is an online design and prototyping software that offers real-time collaboration. Adobe XD, on the other hand, offers a well-designed UI that integrates deeply with other Adobe apps. Both Figma and Adobe XD look robust on the outside but have distinct features that make it suitable for a specific audience. In this comparison, we’d take a closer look at which design software is intended for whom.

Figma is a web-based app that can be run from a desktop web browser with an internet connection. On top of that, there are full-fledged apps for Windows and Mac as well so your workflow can be maintained from any device. The Android and iOS versions will let you watch real-time updates but don’t support designing.

XD, on the other hand, is available only on Windows and Mac as software that you can sync using Creative Cloud. No web app which means you can’t work with XD on any computer but yours. There’s no companion app for smartphones either. Figma is the clear winner if you want to work online.

Figma and Adobe XD are the leading software for the UX designers and both have a refined User Interface that’s intuitive and responsive. Whether you use Figma in a web browser or XD on your computer, both perform really well. Figma has positioned the toolbar at the top and XD in the left pane. However, XD looks a lot similar to Figma than it does to other Adobe software.

Unlike Sketch, Figma and Adobe XD work with a light theme and miss out on the opportunity to implement a dark theme. However, it’s a cosmetic design choice so I can let it slide but Adobe has a dark mode on Photoshop, Illustrator, and After Effects which just seems inconsistent.

Figma may be the popular one but XD offers just as intuitive design tools as Figma to help you create stunning designs. Both Figma and XD have a standard set of tools such as rectangle, oval, polygon, text box, line, pen tool, etc. What sets the two apart is the implementation. Figma offers little features that make a big difference. For instance, you can adjust corners to smooth it out with a slider that would give you iOS-style rounded corners that blend seamlessly into an edge.

However, XD is in no way inferior in terms of tool prowess and has most of the features offered by Figma. You can create an object, adjust its position, control individual corner’s roundness, quickly change color and stroke, apply shadow, blur, etc. In fact, you can learn one tool and instantly start working on the other one without any problems as both software have similar implementation. For example, when you create a polygon, you can click the anchor point on the object and change the sharp corner to a rounded one on both Figma and XD. The properties pane on the right offers granular control on both software.

In the end, Figma still gets upper hand because of corner smoothening feature and a better implementation.

After the design, you proceed to prototype your project using the inbuilt functionality on Figma and XD. Figma has an intuitive set of triggers that you can use with your project such as on tap, on drag, while hovering, etc. You can also choose to animate the transition using an existing template or create a transition of your own. As I mentioned in Figma vs Sketch comparison, you can’t link pages and do transitions as seamlessly in Figma as you can with Sketch and XD.

XD offers a well-polished prototyping interface with the ability to link multiple artboards in a single project. It’s superior because you get a sense of things working as they would in the final stages of the project. A better way to visualize the workflow. Additionally, XD has a much better prototyping workspace where you can instantly link one page to another with plenty of animation templates. It is a little better at prototyping when you need to create big projects with hundreds of pages.

Figma’s biggest advantage was that it was truly collaborative, however, Adobe XD has caught up to it and offers real-time collaboration as well. It is essentially a similar process on both software – you create a project, invite others, and get to work.

The only difference is that Adobe XD requires a Creative Cloud account and Figma requires a Figma account. Apart from that, both software fare equal on this front.

What makes the two software incredible is the community support behind each. You get support for plugins and resources for both Figma and Adobe XD. Although Figma and XD compete equally on the resource front, Figma has a huge list of plugins that enhance the functionality and improve your workflow in new and intuitive ways.

Adobe surprisingly offers XD for free to beginners, just like Figma. On the free plan, Adobe XD lets you create one document with co-editing, share a link to one document, and 2GB of Creative Cloud storage. Figma, on the other hand, offers unlimited editors on 3 files and unlimited storage.

Figma removes all the restrictions at $12/month/editor and Adobe XD does that at $10/month. However, if you wish to get Adobe XD for a team then the subscription climbs up to $22/month/editor.

Adobe XD and Figma are powerful tools to unleash your creativity and design incredible projects. Figma is more inclined towards ease of access and intuitiveness but also offers a comprehensive set of tools for complex designs. Adobe XD takes advantage of the Adobe ecosystem and offers a seamless transition from Photoshop, Illustrator, etc. Meaning, you can quickly import projects from those software and integrate them with your XD workflow. XD does, in fact, have advantages such as a better prototyping interface that lets you create powerful designs but that depends on your use case. I would recommend getting Figma if you’re an individual designer with a few projects and Adobe XD if your workplace already has a Creative Cloud subscription. What do you think? What’s your preferred tool of choice. Let me know on Twitter.