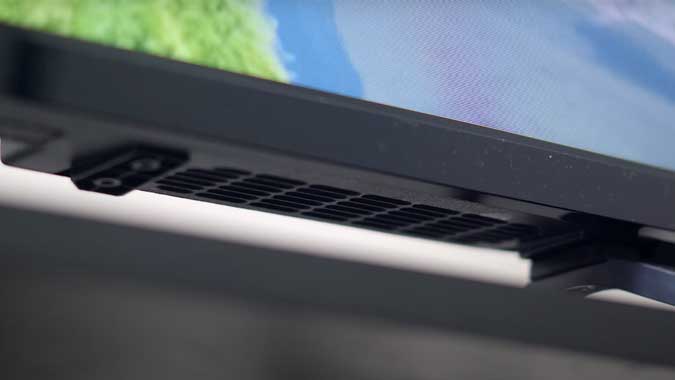 Realme recently launched its first smart TV in India. Priced at Rs 12,999 for the 32 inches and Rs 21,999 for the 43 inches variant. The only difference between these two models is the obvious screen resolution. The 32-inch Realme Smart TV has an HD-ready (1366×768-pixel) screen, while the 43-inch option has a full-HD (1920×1080-pixel) panel. Rest all the features are almost identical on both televisions. We bought the 32-inch Realme Smart TV, and here’s my in-depth review of it. 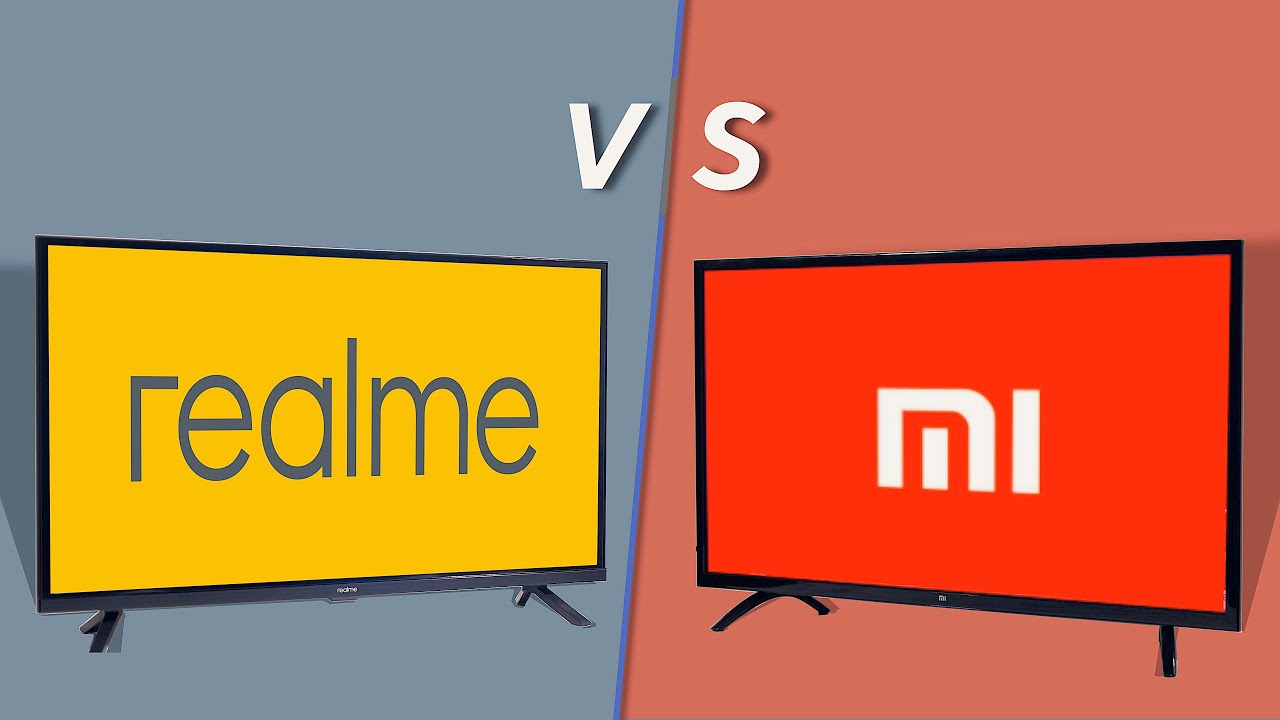 Realme Smart TV comes in a cardboard box with a remote, 2xAAA batteries, two plastic stands, and the TV with the cable attached. Apart from this, you get some documentation which goes back in the box within two minutes of taking out the TV. There is no wall mount included in the box, which you can buy from the technicians at the time of installation. 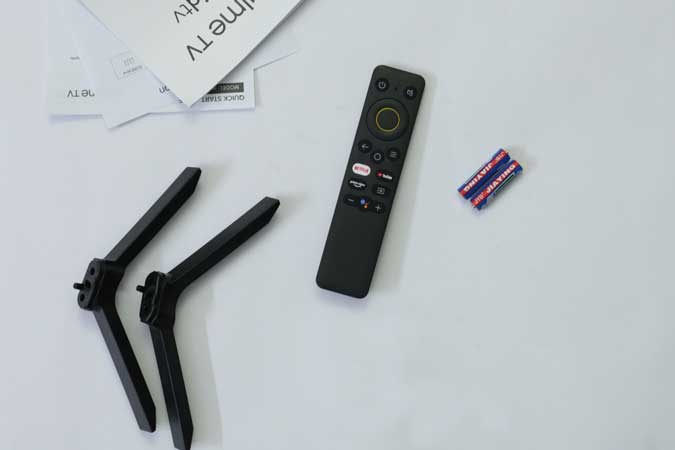 Realme doesn’t shy away from putting a lot of ports on the hump of the TV, you get 2xUSB 2.0 ports, an RCA port, 3xHDMI 2.0, an Ethernet jack, and an RF port. It’s a healthy mix of ports which makes it compatible with generations of TV accessories, and not just that, the TV is also equipped with 2.4GHz Wi-Fi, and Bluetooth 5.0.

Wireless connectivity is pretty standard across Smart TVs and allows you to connect your TV to the internet without any cables and connect peripherals such as gaming controllers, mice, and keyboards using Bluetooth.

Realme TV is a slim TV weighing in on around just 3.7Kgs or 8.5 lbs but has an aluminum back that houses both the panel and electronics on it. The shell of the TV is plastic and the feet stand are no different.

Realme claims it has slim bezels and I agree that is true to some extent as the border of the display panel is slim but the bezels are surely there, you just don’t see it until the TV is turned on. Nevertheless, it is still better than the chunkier bezels found on Mi TV 4A 32”. 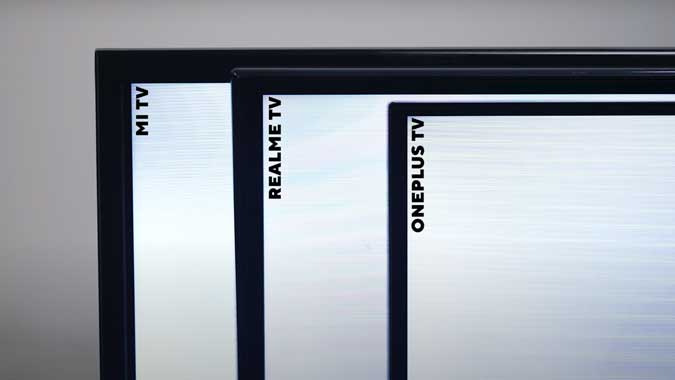 The Remote that comes with the TV sports a slim profile which makes it easy to hold and easy to lose in the crevices of the couch. The inbuilt mic and Google Assistant button give you the functionality of giving commands to the TV directly from the couch. The yellow accent on the D-Pad is a nice touch and I appreciate that they added an IR blaster as well which makes it compatible with Universal remotes. Unlike Mi TV 4A Pro, the remote also features hotkeys for YouTube and a mute button. 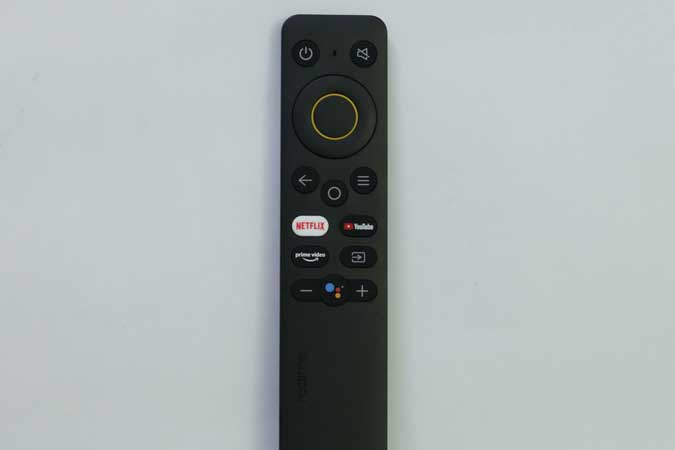 Realme boasts of a 24W four-speaker array on its 32” TV that is more than most TVs that offer standard 20W speaker array. Thanks to its two additional tweeters, you get a bright sound profile that sounds significantly louder than other 20W speakers found in Mi TV . However, I should point out that Realme TV doesn’t reproduce lower frequencies of sound particularly well which means you don’t get a lot of bass. 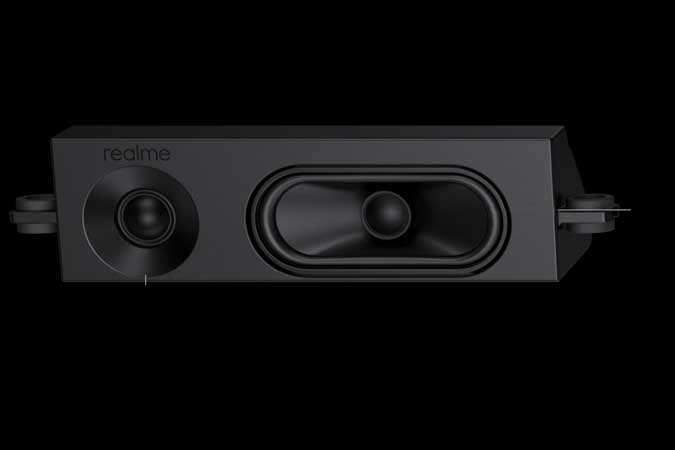 You get a 1366×768 16:9 32” IPS panel which is conveniently not shown anywhere on the website but the viewing angles give it away. The peak brightness reaches 400 nits that is decent for this price segment. Also, the combination of IPS panel limitations and lack of local dimming in this panel results in less than true blacks, and darker scenes look less black. 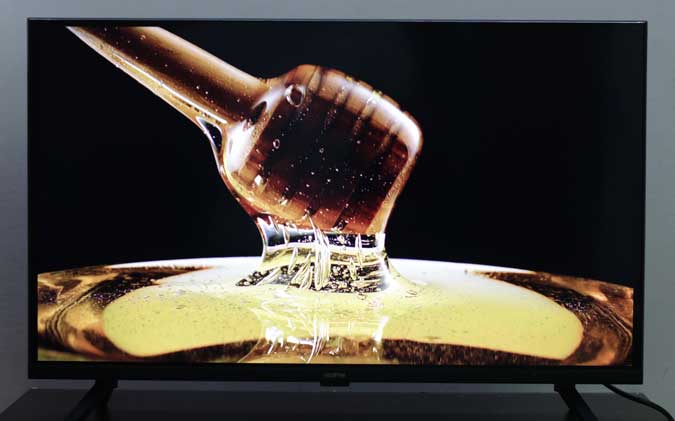 The color reproduction is good but the reds and blues are oversaturated by default. However, you can always adjust the settings to your liking. I would like to mention that the panel on the Realme struggles with fast-moving images and results in tearing and ghosting so your gaming experience won’t be excellent. Other than that it’s a sub-HD panel so you can’t expect too much from it.

The budget smart TV comes with Android 9.0 out of the box and gives you a stock Android experience with no bloat whatsoever. There are, however, a few minor tweaks that offer additional features such as the Game Mode. It allows you to reduce the input lag coming from an HDMI cable to enhance your gaming experience.

Other than that, everything is pretty much the same. I do have an insight that is common with most Android TV. The Google Assistant takes a good two to three seconds to start listening after you press the button on the remote and this problem hasn’t been resolved by any of the brands or Google themselves.

Should you Buy it?

Realme Smart TV makes the case for itself with a powerful speaker, a better remote, and modern bezels. While I agree the TV looks modern with slimmer bezels, the display is decent at best. To sum it up, the takeaway here is that, if you want a budget TV that can fill the sound in a large living room and also works with any universal remote, then you can consider Realme without a doubt. You can also consider the new Oneplus 32 inch TV available at the same price on Amazon? Let me know in the comments below or reach me out on Twitter.

Check out Realme TV on Flipkart (32 inches and 42 inches)