This App Lets You Practice SQL on Your Android Phone 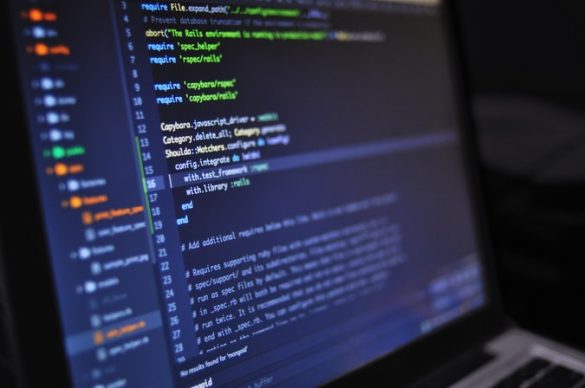 Update (08/09/2020): The developer has fixed the creation and altering of the tables. Moreover, full-screen ads have been fixed.

If you want to learn SQL, there are a ton of online resources (such as LearnSQL.com) that helps learn SQL on your web browser. Recently, I bumped into an app called “SQL Playground“, which lets you practice SQL right on your Android device. Let’s have a look.

When you first open the app, it presents you with a pre-defined “employees” table with roughly 8 entries to fiddle with. It lets you run DML (Data Manipulation Language) and DDL (Data Definition Language) right on your Android device. These include Select, Insert, Delete, Join, commands, etc.

The command editor does not have suggestions. Hence, you are at the mercy of your memory while keying in the commands. I simply love the editor because it forces you to memorize commands and gives the reminiscence of the MySQL command prompt. It’s really helpful because the practical exams usually don’t have an SQL command editor with suggestions. 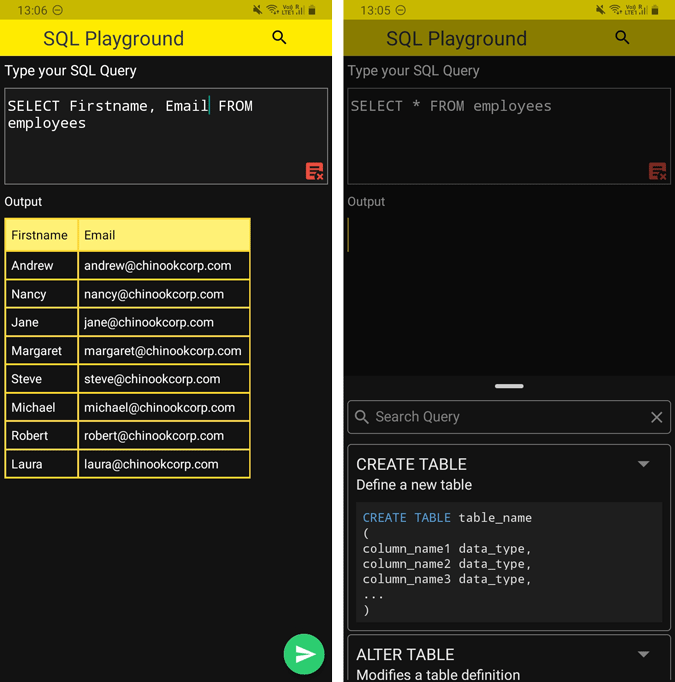 The app also has a small search icon at the top-right corner. Once you tap on it, it provides you a set of commands like Select, Insert, Drop, etc. These commands have an example below them that will provide you an idea about the syntax. It’s quite helpful

Foremost, the success message on some of the commands is just wrong. For instance, I created a view from the employee’s table and the success message was more of like an error – “Cannot convert an object from unknown type 0”. But, when I ran the command again, the view was already created. Moreover, the app doesn’t support PL/SQL or triggers. So, you would have to switch to your laptop for that.

Another huge problem with the app is full-screen ads. There’s a lot and quite frequent. On top of that, there’s no option to upgrade and bypass ads. So, you would have to shut down your Internet to get rid of them. If that’s an intrinsic feature to avoid distractions, then kudos to the dev.