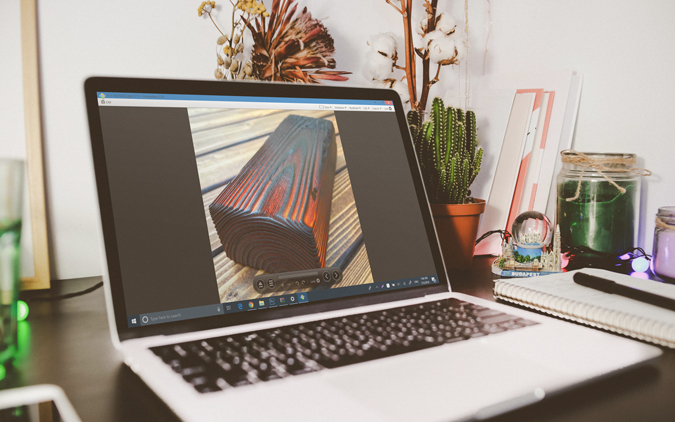 The new Windows Photo viewer has its own woes. You double click an image and it takes its own sweet time to load. Plus, it can only handle JPEGs and RAW images, but it has no clue what’s a PSD.  Having said that, it does have few editing tools which work great but it’s seldom preferred anyway. All in all, there are much better alternatives out there that just trump Microsoft Photos. So, here goes my list for the best photo viewer for Windows 10.

How to set a default photo viewer

Just a heads up, installing a third-party photo viewer app isn’t going to be enough. You also have to make it your default Photo viewer app. To do that on Windows 10, head over to the search bar and type Default. Next, go to Default Apps Settings > Photos. Now you can select any Photo viewer as your default image viewer.

Windows Photo Viewer has been a part of the Windows family since Windows XP. Formerly, it was known as Windows Picture and Fax Viewer and later renamed to Windows Photo Viewer. Coming to Windows 10, Microsoft universally replaced it with its updated version Photos. But, the developers still haven’t removed it from the system and it’s still accessible within the files.

However, in order to make it work, you would have to tweak the registry keys. I wouldn’t recommend manually editing them and hence you should download the .reg files app. 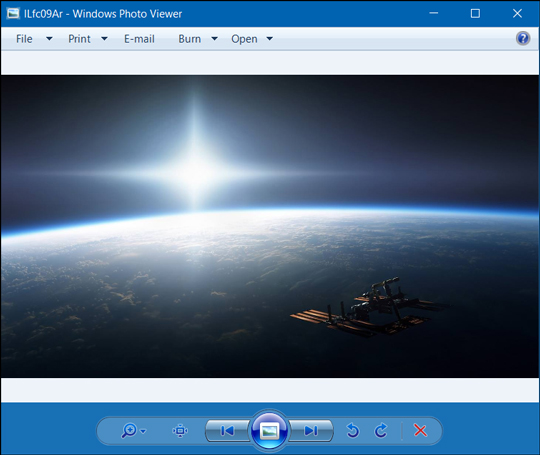 How to get Windows Photo Viewer back in Windows 10

If you have upgraded from a previous version to Windows 10, you would see the Windows Photo Viewer directly in the Default Apps menu under Settings. If you have installed Windows 10 from scratch, you need to follow these steps to activate it:

HoneyView is the most basic third-party image viewer for Windows 10. It’s almost similar to Windows Photos Viewer in functionality and features, however, it supports a couple of extra image formats like PNG, GIF, etc. 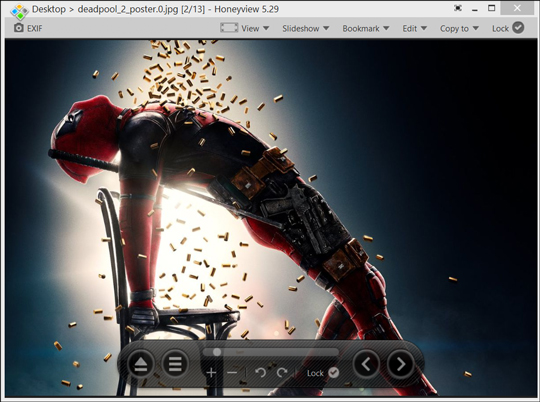 It allows you to rotate images and perform basic resizing with it. Editing can be done by attaching a link to either Photoshop or Paint. You can bookmark images for future references.

ImageGlass is another minimal photo viewer for Windows 10. But what really stands out is the modern UI of the tool compared to other photo view apps. 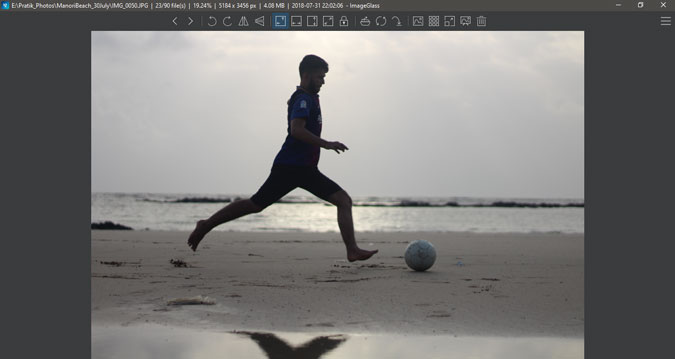 ImageGlass lets you view a slideshow of all the images saved in a folder. Something so simple and useful but still lacking in Windows Photo. You can link different image editors to different file formats. For instance, I can link PSDs to Photoshop. So every time I choose to edit a PSD, it will open in Photoshop only. It supports pretty much every file type under the sun.

IrfanView is one of the most popular third-party image viewing apps and it is even our pick for the best photo viewer for Windows 10. It is named after the creator Irfan Sklijan and is free to use. The software is pretty light, intuitive and supports a large graphics file format base. 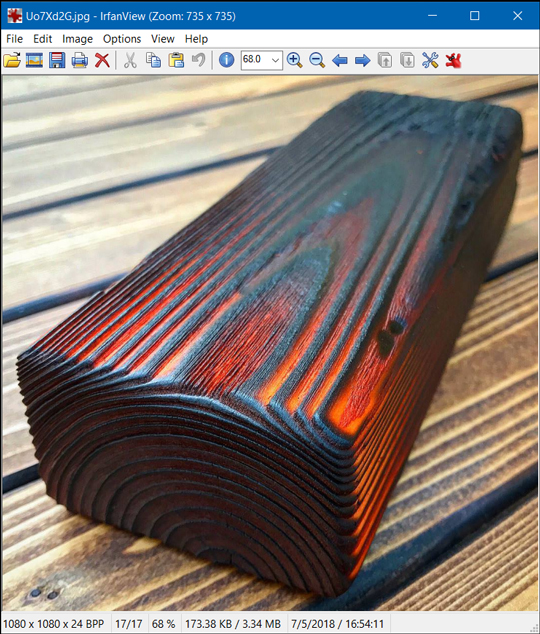 IrfanView is optimized to perform better and has a footprint of only 2MB. Apart from the image viewing, it also has a few extra tools. For instance, it supports OCR to “read” text on an image and export it to an editable format. Apart from that, you can also color correct pictures, add watermarks and a few different filters.

The FastStone image viewer is yet another lightweight image viewer for Windows 10 with multiple language support. It has a slideshow option with many attractive transition effects. 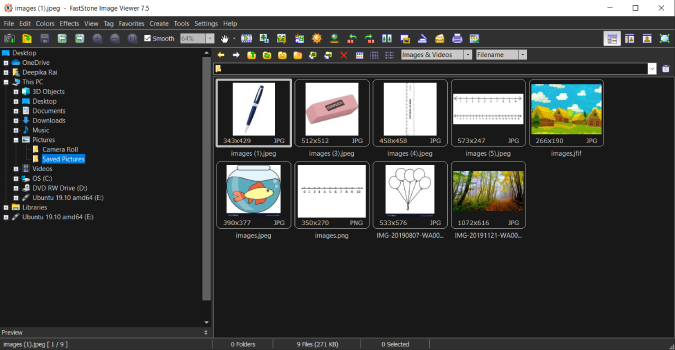 Foremost, it supports audio and video playback. It supports multi-monitor configuration which would come in handy if you work with a large number of images. It also supports viewing, renaming, and converting files in batch. Moreover, you can also use the portable variant that can be run without installing.

With initial support for only Unix systems, Xnview is now available as a photo viewer for Windows 10 as well. It is not just an image viewer but a photo organizer and editor too. XnView is a robust software and supports multiple languages. 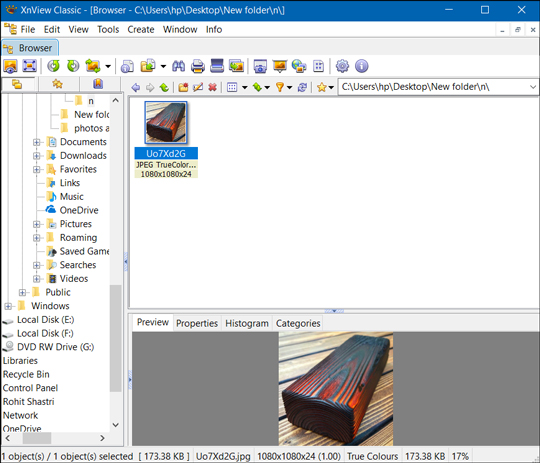 XnView not only supports 500+ image formats but also a few audio and video formats. It also supports scripting to rename a batch of files in a single stretch. On top of that, you can use basic editing tools to crop, resize, rotate, and add a bunch of effects. You can edit Raster images too which is a rare feature.

The only stand out feature about FocusOn Image Viewer is the inbuilt editor. In case you have used Adobe Lightroom 2015, the editor resembles the same format. It has a histogram at the top with multiple sliders to adjust Brightness, Contrast, RGB, values, Sharpness, etc. 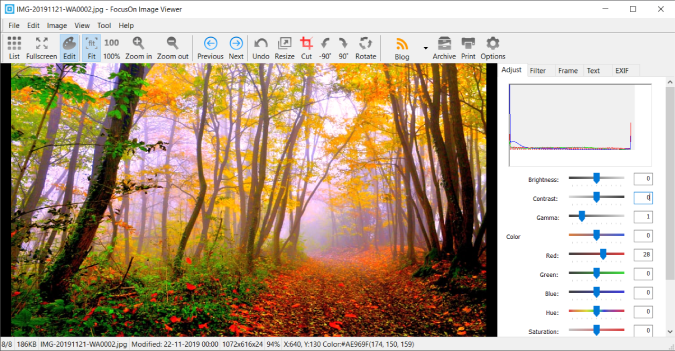 JPEGView can be considered as a free and open-source alternative for ACDSee. The main emphasis of the tool is quick editing. Hence, the preview bar comes loaded with brightness, color, and contrast adjustment sliders at the bottom. 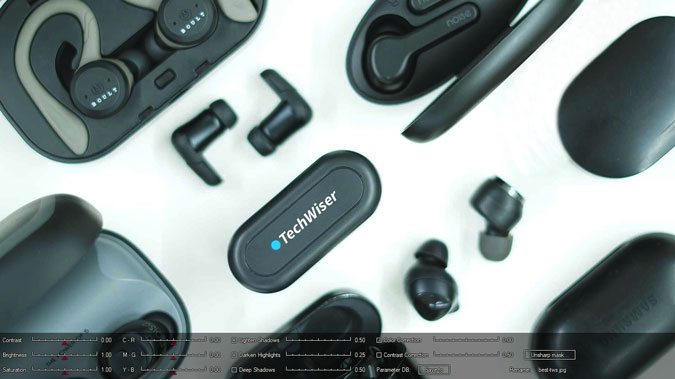 It has an inbuilt image file browser. The editing tools are quite extensive and easily accessible on the Preview page. You can also set up a slideshow of multiple images within a folder.

QuickLook is a photo viewer for Windows 10 that was developed to replicate the quick preview action on macOS. Its smooth loading interface and quick response time bring it on par with Apple’s QuickLook feature. Hence the name. If you haven’t used QuickLook on Mac, it works with a simple spacebar tap to preview the image and again a click to close it. 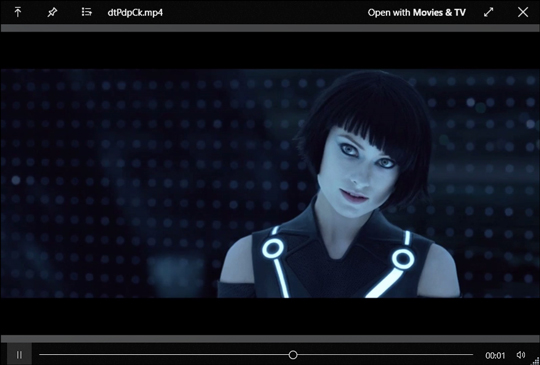 QuickLook quietly runs in the background and listens for the hotkey’s trigger. A few different hotkeys are available to control the environment of the file are available. It not only supports image preview but also lets you view PDF, PSDs, text files, etc.

Nomacs is an open-source, free to use image viewer for Windows 10 which has a lot of tricks up its sleeve. 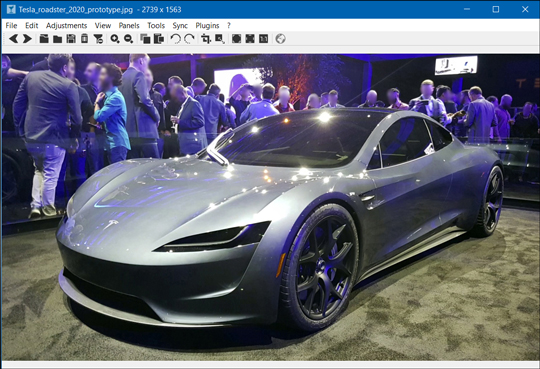 Nomacs offers mosaic generation by overlaying a database of images based on similar histograms. My favorite feature is the synchronization of multiple instances. This enables me to easily compare images by zooming in or panning at the exact same position or even by overlaying them with different opacity.

Nomacs not only reads images in the zip archives but even previews MS office documents. You can also add notes to images to keep track of their origin. Nomacs includes image manipulation methods for adjusting brightness, contrast, saturation, hue, gamma, and exposure.

Format: It supports all the popular image formats including camera raw formats.

123 Photo Viewer is a light and fast photo viewer for Windows 10 with support for OneDrive. 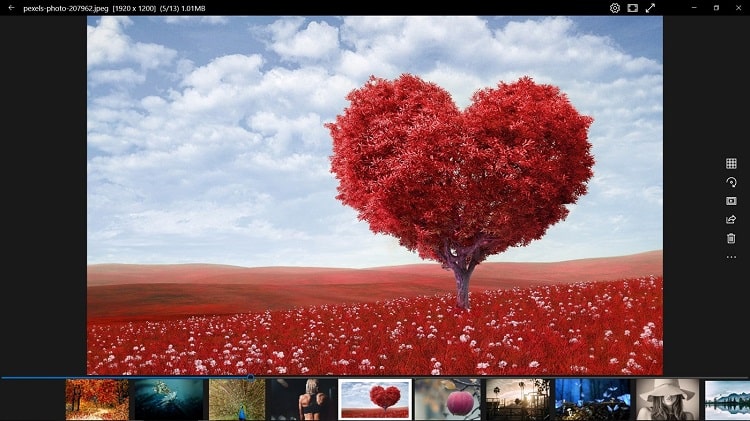 The UI is easy to navigate and it comes with plenty of filters and effects for basic editing. There is a slideshow viewer included for reliving those memories. There is support for batch rename and format change.

If you are looking for an advanced photo viewer, Movavi is really cool. Movavi comes with face recognition built-in (just like Google Photos) allowing it to group photos of the same person in the same folder. However, for that to work, you will have to add images to Movavi manually. It makes life so much easier and fun.

The UI is pretty and you can sort images by geolocation, date, and other metadata. Useful for pictures taken on smartphones and DSLR. You can also use the search function to sort by metadata. 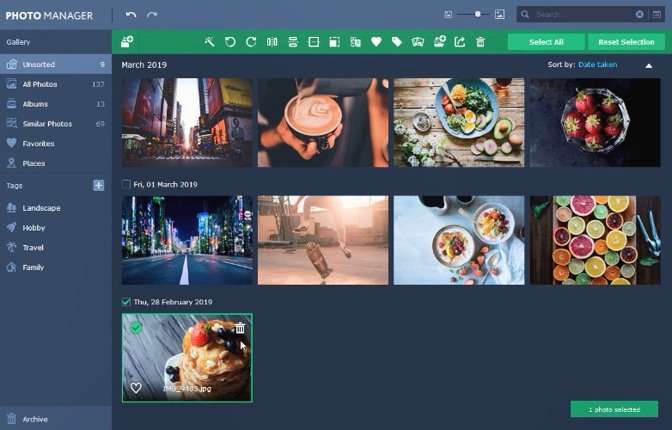 Every software has its own selling point and we have listed quite a few. Most of them are free and some are open source. Irfanview takes the spot because of its lightning-fast interface. If you want app portability, FastStone is something that you can carry on a flash drive. Xnview and Nomacs are best for handling images in batch for either renaming them or converting them to a more compatible image format.