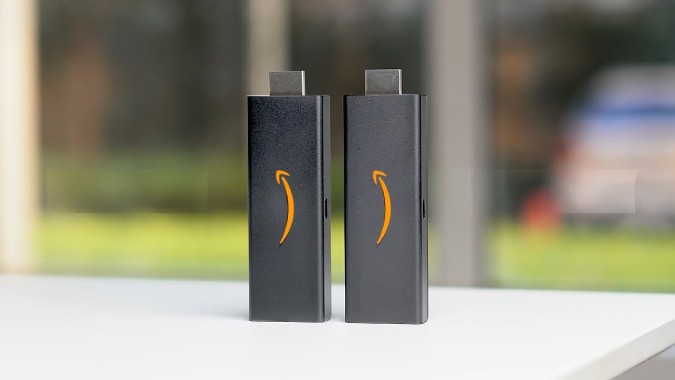 It has a slower 1.3 GHz CPU compared to the 1.7 GHz processor on the 2020 Fire TV Stick. Additionally, you also get upgrades like Bluetooth 5.0 and Dolby Atmos with the Fire TV Stick 2020 model.

1. Firestick Lite Has a Remote Without Volume Buttons

Apart from this, you get all the streaming controls like Play/Pause, Next, Previous, etc. You also get the Alexa button and a mic on both the remotes.

On the other hand, Firestick 3rd Gen supports Dolby Atmos directly on any TV with an eARC port.

3. Firestick Lite has the same internals

Surprisingly, the Firestick Lite and the new Firestick 3rd generation are the same exact streaming device. They have a 1.7 GHz quad-core processor and the IMG GE8300 GPU. Both of them support Bluetooth 5.0 and 5 GHz Wi-Fi.

1. Both of the Firesticks run on FireOS 9

The all-new Firestick runs on the latest Android 9.0 Pie and the updated Fire TV 7. The new FireTV has a redesigned home screen that brings content from various streaming services. All in all, in terms of software, both the Firesticks are exactly the same though.

2. Both the Firestick support OTG

Firesticks are known to be a handy device due to the micro USB OTG support. You can get a micro USB OTF cable and attach a storage device to the Firestick and watch your offline movies. Moreover, you can also attach an AirMouse and get browsing or gaming on the Firestick.

If you already have these, rest assured, both the Firesticks support OTG.

3. Both the Firestick support Ethernet

If you have placed the router closer to the TV, you would be better of using Ethernet. In case you don’t know, Ethernet provides a more stable and faster connection compared to Wi-Fi. However, in order to connect your Firestick via Ethernet, you would need a micro USB to Ethernet adapter.

If you aren’t looking for a Firestick for your kids, you should be getting the Firestick 3rd generation. The lack of TV controls on the remote of Firestick Lite doesn’t seem like much. However, in day-to-day usage, you would be annoyed about the lack of volume keys or mute button.

Also Read: 8 Best Fitness Apps for Firestick to Turn your Living Room Into a Gym