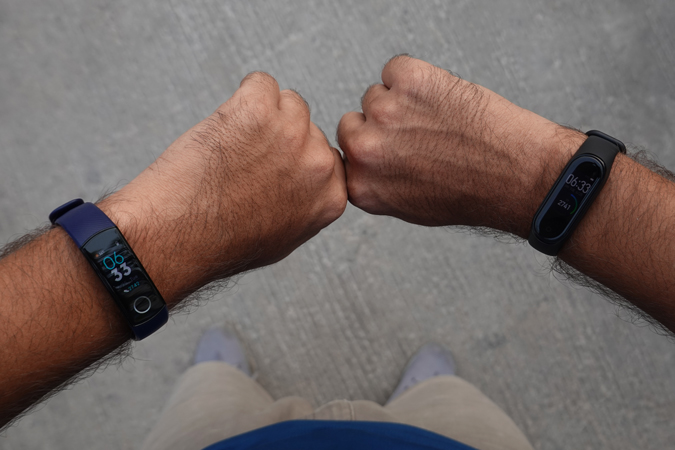 Specs are important because there is no replacement for good hardware but those are not the only thing. The hardware in both of the fitness bands is almost similar. So, once the specs are out of the way we can go ahead with the user experience.

We won’t go through the appearance, looks and app talks again, this comparison is more specific to the Honor Band 4 and Mi Band 4. Honor Band has a slightly better sensor while the Mi Band has better Battery and Bluetooth 5.0, but let’s see how they fare in the real world.

1. Both have colored display

But to me, what really matters is how the display fares out outdoors. I usually walk a significant of a distance for work and then I have my regular morning run. So, if I am not able to see the display under direct sunlight, things could be a deal breaker. Thankfully, both of them have great sunlight legibility. That’s a huge upgrade from Mi Band 3 and at times I would say the sunlight legibility of Mi Band 4 is even better than the Honor Band 4. It can get really bright up to 400 nits.

One thing that I missed on the Mi Band 4 is the option to set Auto-Brightness. It is present on the Honor Band 4 which makes it soothing for the eye as the sun goes down. However, this can be pushed via a software update by Xiaomi and I will definitely get back on this once it is done.

Mi Band 4 allows you to start various activities like Outdoor running, Treadmill, Cycling, Walking, Exercise and Swimming from the band itself. This is great as you don’t have to carry your mobile phone when you go for a run or hit the gym. Mi Band 4 also has included swim stroke tracking and gives different swimming styles like Butterfly Stroke, Back Stroke, Medley, etc. I am not sure of the accuracy because I don’t want to drown myself but nice inclusion. 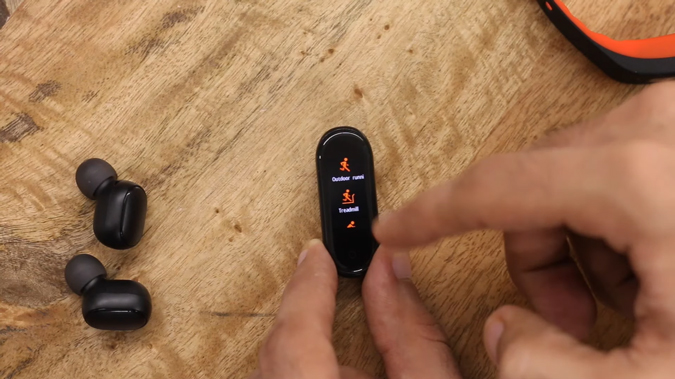 While on the other hand, Honor Band 4 lets you do all the same activities with a slightly fancy name. One additional thing which you can do with Honor Band 4 is set Target Distance, Calories, Time, Distance Alerts before starting the activity. This might not be a big thing for many but it’s great that Honor Band 4 already had this option 6 months ago.

Here, the Mi Band 4 takes the pie. The slightly bigger battery and better optimizations make it last almost 15 days with automatic sleep tracking on. Whereas, the Honor Band 4 lasted only a week during my usage. What hampers the Honor Band 4’s battery life is the scientific sleep tracking which makes use of all the band’s sensors while you are asleep. You could switch that off and push the battery to 10-12 days but that would be like paying for stuff and then not using it. Clearly, the extra 35 mAh battery is doing the trick for Xiaomi here. 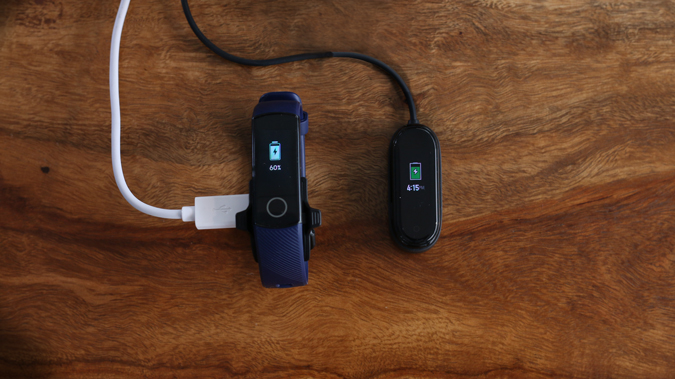 Both the bands get charged with their own proprietary charger. The Honor Band 4 can be charged while it is in the strap but you will have to pop out the Mi Band 4 capsule to charge it. USB charging would have been really appreciated.

The reason I love Xiaomi is the huge open-source developer community support they get for every product. The Mi Band 4 is no exception. Before we opened the box, Mi Tools and Notify & Fitness for Mi Band already supported Mi Band 4. This lets you use Sleep as Android with Mi Band 4 readily. The third-party camera apps that let you use Mi Band 4 as remote shutter are already updated. You also have GadgetBridge which lets you use your Band without the Mi-Fit. As of now, it doesn’t support Mi Band 4, but it’s in progress and it should be out soon in a couple of weeks. 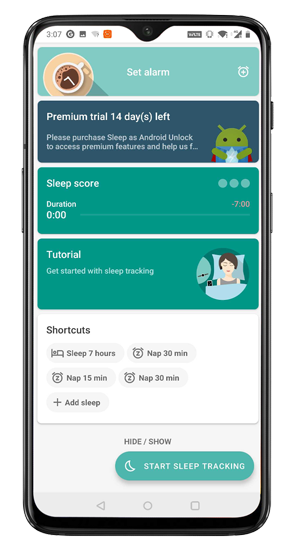 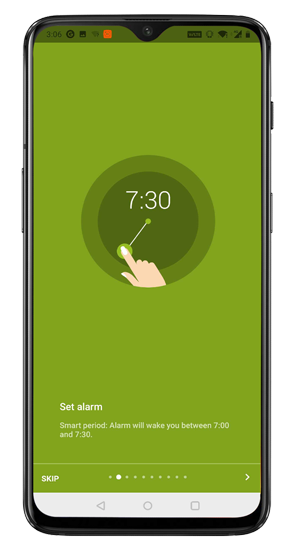 Talking about Honor Band 4, apart from the Huawei Health app, there is no way you can pull data off the Honor Band 4’s sensor. This is where Honor Band 4 comes short as there are zero third-party apps to modify its functionality.

There is no great improvement in terms of representation of sleep tracking on the Mi Band 4. But, the introduction of 3-axis gyroscope in the Mi Band 4 does help improve sleep tracking. But, when you bid it against Honor Band 4’s Tru Sleep tracking, it just kills it. The sensor and Huawei’s algorithm just outperform any competition in this range. It is even able to detect small naps or my irregular sleep patterns. 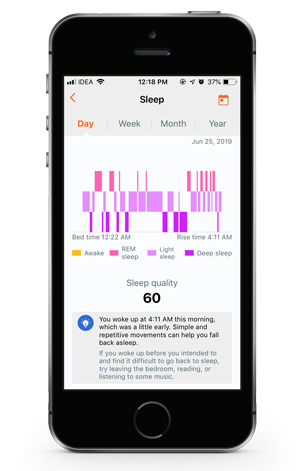 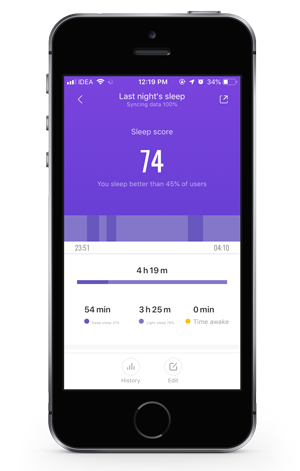 Yesterday night, I went to bed around 11:50 and slept around 12:20. The Honor Band 4 was able to distinguish between lying on the bed and actually sleeping while the Mi Band 4 thought I was asleep. Later, I just woke up at around 04:10 and got busy with chores to do. Then, again went back to sleep around 08:00 and got up at 10:00. While the Mi Band 4 couldn’t figure this out but the Honor Band 4 did. It couldn’t state it in the app because the minimum sleep duration is 3 hours but I could still see total sleep time in the band.

Just in case sleep tracking is in top of your priority list, Honor Band 4 is a no-brainer.

You cannot check the accuracy of the fitness bands theoretically. So, I had to move out of my chair and take a stroll around the office. I selected a straight path of about 300 meters (as per Google Maps). The Honor Band was slightly more accurate than the Mi Band 3. At times, it was too accurate to believe. But, coming from the Mi Band 3, the Mi Band 4 has improved massively in step count and distance tracking. The 6-axis accelerometer does seem to help in the accuracy of step count.

Coming to the heart rate sensing, both of them do an excellent job. To have a comparison, I tested it along the Apple Watch Series 3 and both kept up to the scores. The Honor Band 4 felt slightly faster but considering accuracy both were on par.

In case, sleep tracking is on the top list of your priority Honor Band 4 is the best you can get. For everything else, Mi Band 4 makes much sense with a cheaper price tag. Also, if you have other Xiaomi Fitness products or IoT devices, Mi Band 4 would be a great addition to the Mi Ecosystem. I would really recommend Mi Band 4 over Honor Band 4 due to the great value for money factor.

For more queries or issues, let me know in the comments below.