Home » Internet » OneDrive vs Google Photos: Which Backup and Editing Tool Is Better

OneDrive vs Google Photos: Which Backup and Editing Tool Is Better 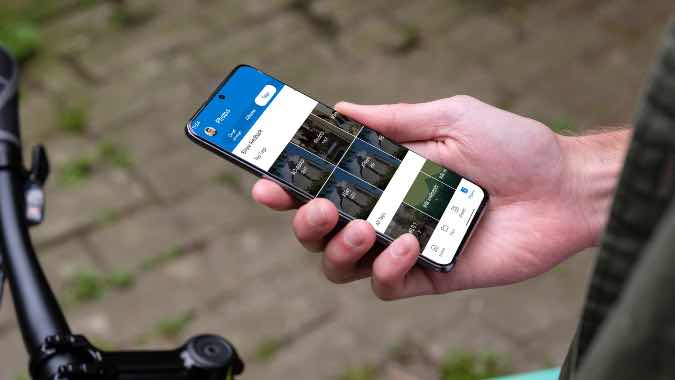 Google Photos has been the default choice for the majority of the Android platform. It comes preinstalled on most Android devices and gets the job done with photos backup, editing, and AI function. However, the scenario changed after June 1st when Google applied brakes on unlimited storage space in Google Photos. Now users are looking for Google Photos alternatives and Microsoft OneDrive easily tops our recommendation list.

Unlike Google Photos, Microsoft OneDrive is a full-fledged cloud storage service. However, the app does come with a capable photos gallery, smart folders, as well as recently announced photo editing tools. It’s good enough to give a worthy fight to Google Photos.

The comparison below is based on UI, cross-platform availability, backup, storage, price, sharing, AI features, widgets, and more. Let’s get started.

Google Photos has native apps for Android and iOS. For Windows and Mac, you will have to rely on Web or Progressive Web App (PWA).

Windows users are in a treat here. OneDrive’s gallery section is directly integrated with the Photos app on Windows 10. Google doesn’t enjoy such integration.

Nothing much to complain about here. Both OneDrive and Google Photos carry Material Design theme guidelines and offer a handy bottom bar for navigation.

They both support the dark theme as well. Google Photos will directly take you to the homepage where you will see all the uploaded photos. OneDrive takes you to the Files section that carries files and folders uploaded to the cloud.

However, OneDrive has a neat trick to directly jump to the Photos section in the app. Using the OneDrive widget, one can easily search for a photo or open the photos tab in the app.

Surprisingly, Google Photos lack widget support on Android. On iOS, they do offer a handy iOS 14 widget (Why Google?).

As for reliability, we found Google Photos to be more accurate and consistent with the upload process in the background. OneDrive often goes into sleep and that disables auto-upload. Although, it’s rare and probably to do with an aggressive Android skin, it’s still worth pointing out.

Both Google Photos and OneDrive let you create custom photos albums but the organization is where OneDrive marches ahead. Allow us to elaborate.

OneDrive neatly organizes every photo/video under a specific month folder in the Camera folder. It makes a huge difference when you are searching for a particular picture in a large library of photos.

Microsoft also promises to release a new update in the next month that automatically creates folders based on the upload source for your pictures, whether it’s a photo you saved from WhatsApp or a screenshot you took yourself.

Let’s talk about the basics first. OneDrive offers built-in fingerprint protection. Google Photos lacks that. And that’s a huge bummer in our books.

Google Photos offers the ability to lock photos in a separate folder in the app. But the overall implementation leaves a lot to desire. On the other hand, OneDrive delivers a robust Personal Vault in the app.

Personal Vault is a place to store your most important and sensitive files and photos. It is secured by two-step verification, auto-locks after 3 minutes of inactivity, and only unlocks with biometrics. One can also scan files directly to the Personal Vault.

Search is where Google Photos bounces back in the comparison. One can search for photos with people, places, or scenarios such as sky, cities, dancing, etc. In short, you won’t have a hard time searching for a photo you are looking for.

OneDrive also auto-tags your pictures like Food, Beach, Sky, etc. but it doesn’t yet match Google’s superior AI to differentiate among places and scenes.

Google’s AI-generated suggestions are also superior compared to OneDrive. You will be left amazed by Google’s suggestions to enhance a photo with auto-applied filters and creations such as animations, collages, cinematic photos, and movies.

Microsoft only offers ‘On This Day’ notification.

Google Photos once again win this round comfortably. Google Photos delivers a robust photo editing experience in the app. All the buttons are big, optimized for a tall screen at the bottom, and you have a bunch of options to choose from – Crop, Adjust, Filters, Markup, and AI suggestions.

Microsoft recently added photo editing functions in the OneDrive app but the features are limited to crop and adjustments such as Brightness, Exposure, Contrast, Shadows, Saturation, and more.

There is no way to doodle on a photo and the filters are also missing.

When it comes to sharing, you can generate a share link in OneDrive and send photos to others. However, one can also create expiry links and add a password to the shared link to move around sensitive photos and videos.

Google Photos has added a social/chat touch with the sharing function. You can send photos directly to the person without leaving the current interface. It all happens in the Photos app and one can chat with another person as well.

You can also create a group of people and share photos among friends and family in the group – no need to rely on any other service to share photos. Google Photos does everything seamlessly in the app itself.

One can also link the current Google Photos library to the Partner account and view the better half’s Photos gallery in the app.

Google Photos offers a generous 15 GB of storage, to begin with. However, that storage will count among Gmail and Google Drive as well. After that, be prepared to pay for Google One subscription that starts at $1.99 for 100GB per month

OneDrive packs 5 GB of free storage. You can purchase a Microsoft 365 subscription that unlocks Microsoft’s Office apps as well as 1TB of OneDrive storage. The pricing starts at $59.99 per year.

Wrapping Up: OneDrive vs Google Photos

In the end, it really depends on you to choose between OneDrive and Google Photos. Allow us to simplify the situation for you.

Go with OneDrive if you are already a Microsoft 365 subscriber, using Windows 10, want an Android widget, and value security and better organization of photos.