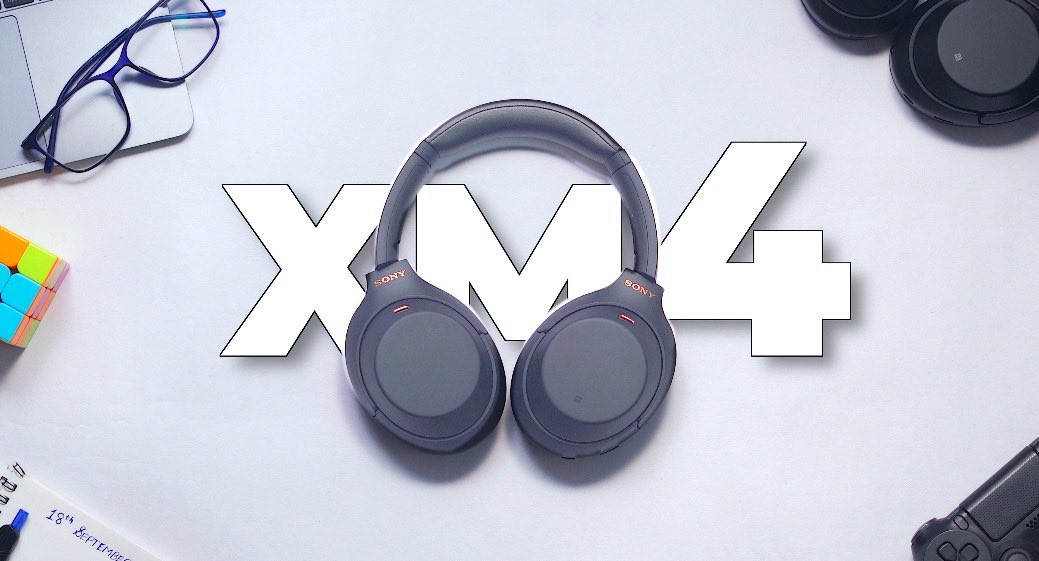 Well, being a long-term WH1000-XM3 user, the short answer is WH1000-XM4 because it is the best wireless noise-canceling headphones out in the market. But, the long answer is “It’s complicated”, as complicated as the name itself.  Here are the answers to all the questions and my full review.

What’s inside the box?

The Sony WH1000-XM4 comes with a hard carry case. Apart from the headphones, the case carries an Aux cable, AC adaptor, and a USB-C charging cable. The contents are similar to what you get with the Sony WH1000-XM3. 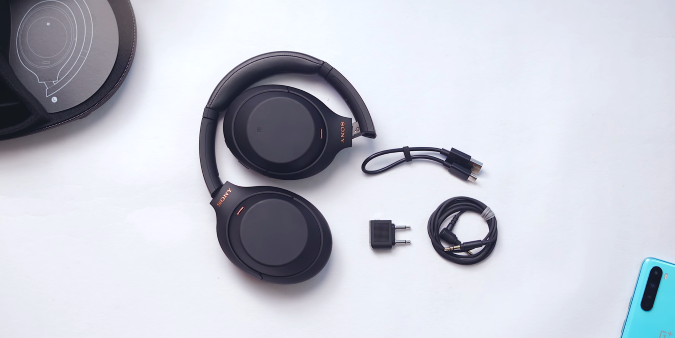 Now, since, we are dealing with Bluetooth headphone, sound quality isn’t something to boast about. So, for me, a premium flagship headphone has to have 4 important features and that’s what this review holds. Let’s start.

The Sony XM4s looks almost identical to the XM3s. I distinguish both of them by the NFC logo. The XM4s have a black subtle embossed NFC logo. This NFC logo has been more than helpful for me. Apart from the ease of connecting with my Android device, it also helps me distinguish between the left and right earcups. Additionally, you also have to fold the headphones to fit it in the case. The NFC logo helps me distinguish that side.

The button placements are also identical to the XM3. The “NC/Ambient” button has been rightly renamed to “Custom” in the XM4. The right earcup is the touchpad with identical controls as the XM3. You double-tap to play/pause music, swipe up/down to increase/decrease volume, swipe left/right to skip songs. 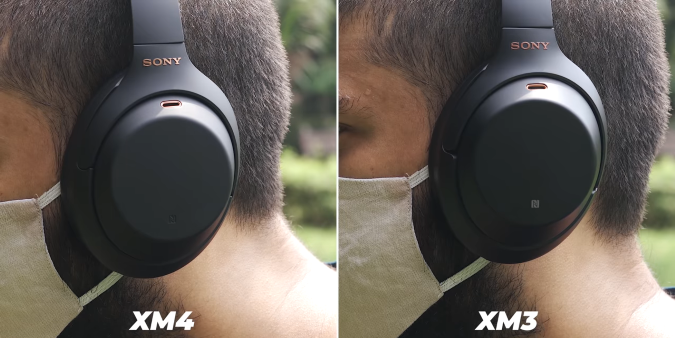 Additionally, if you cover the right earcup with your palm, it triggers the quick ambient mode. The music volume is lowered, noise cancellation turned off, and ambient sound let in to have a quick conversation. I found this new gesture quite useful on both the XM3 and XM4. In terms of comfort, the XM3s were already comfortable for long-wearing sessions. The XM4s take it a step forward. Sony has cut down the weight of the headphones by a couple of grams. But, it feels significantly lighter than the XM3 in hand.

Additionally, the cushion on the earcups looks comparatively thicker. The headband is slightly slimmer but curvier. Overall, I found the XM4 to be a tad bit more comfortable than the XM3. The weight reduction and the increase in clamping force make it feel lighter on the head. On a side note, the increase in the cushion on the earcups makes it warmer and sweaty. So, if you live in a country like India, don’t try running or even walking in warm or humid weather. 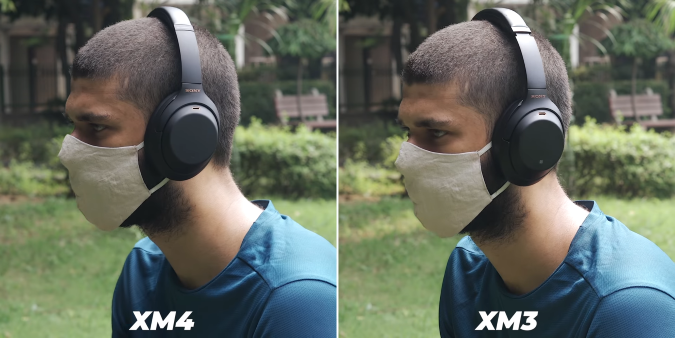 The XM4 carries the same Sony QN1 noise-canceling chip as the XM3 but Sony claims the algorithm has been improved. This leads the XM4 to a 15% increase in cutting noise in the mid-range frequencies. In my personal usage, I couldn’t tell a perceivable difference between the XM3 and XM4 noise cancellation. I recently took a flight of about 6-7 hours and had the XM3 on. They did a phenomenal job of cutting the engine, vent, and fan noise. So, as per that experience, I believe the XM4 would at least be on par if not better than the XM3. 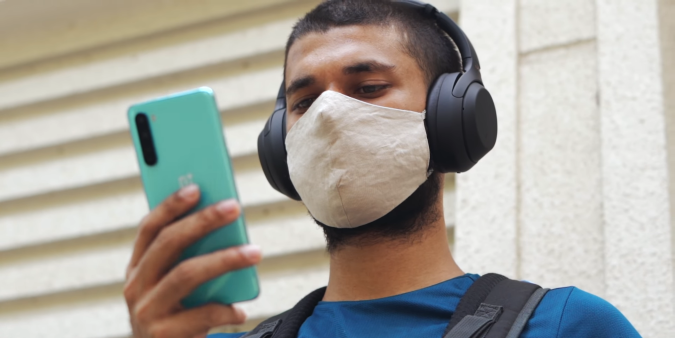 Now, if you consider the Bose QC 35 II or Bose 700, the Sony XM3 trumps them all. So, XM4 is a clear winner in terms of noise cancellation. However, there’s one thing that I would expect in the XM5 or XM6. It’s crazy optimistic but would make the wearables a lot staggering. Hear me out.

Now, imagine, what if this accelerometer or gyroscope was in the headphones. It would be a huge dip in battery and constant monitoring but the headphones would be able to detect your activity directly from the headphones. This would make the adaptive noise cancellation incredible.

Unlike build and noise cancellation, the battery life is something that has stayed the same. The XM3 offered a 30-hour battery life and so do the XM4. Now, the XM4 comes with Bluetooth 5.0 compared to the XM3 Bluetooth 4.2. So, theoretically, that should mean better battery life. However, the addition of 2 accelerometers and a wear-detection sensor balances it out and you are back to 30-hour.

In my usage, the XM4 lasted about 23-24 hours. But, I connected them to 2 devices at once which explains the dip. In case, you have it connected to 1 device, it should easily last 30 hours with noise cancellation and music playback on. The XM4’s also support fast charging. So, you can get them to charge around 20% in about 10 mins which provide a 5-hour battery life. However, in spite of this fast charging, the headphones take about 2.5 hours to fully charge them from 0-100%. 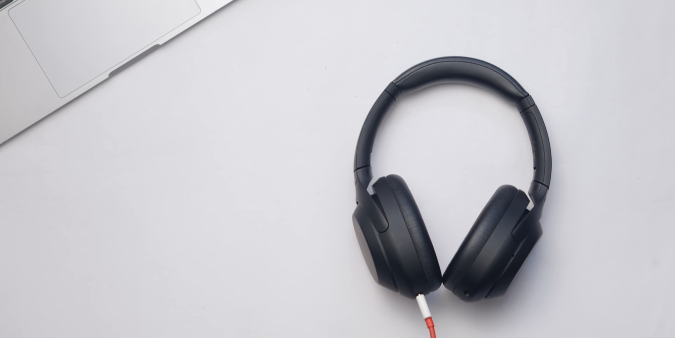 The bass is noticeably lowered in XM4. I could notice that immediately. If you listen to rap or bass-heavy songs such as “Turn Your Lights Down Low” by Bob Marley. As soon as the first beat hits, you would notice that the bass is toned down and doesn’t interfere much with the vocals. I love this warm sound signature, there are more play and fun to it. If you go with the Bose QC 35 II, the sound quality is flat and there’s little play. For most people, these would sound really well.

For a treble-heavy song like “Eye of the Tiger”, the cymbal is quite perceivable and lasts the right amount of time. However, with a folk song like “Soona Kar Ke Gharwa”, the high-pitch female vocal overpowers the Taal. If you are someone who prefers a bright sound signature, you would be disappointed

When you speak to someone, the 5-microphone array on the headphones detect it and pause the music and noise cancellation. The ambient sound is let in for 30 seconds. However, this is more of a beta feature right now. You laugh while watching a standup or hum a song, it pauses the music. The Speak-to-chat is not turned off by default and let them stay that way.

The Sony WH1000-XM4 can connect to 2 devices at the same time. Considering the connection process of Bluetooth devices, it’s a great feature. The 2-device connection is not turned on by default and you would have to head over to the Sony Headphones app to turn it on. It seamlessly switches between both the devices depending on the media playback. It also switches between devices when you receive a call.

The only downside to this feature is that as soon as you turn on 2-device connection, the Hi-Fi LDAC audio is turned off. You are forced to stream in AAC only.

The left-earcup on the Sony WH1000-XM4 has a wear-detection sensor and both the earcups have accelerometers each. This is to detect if you are wearing the headphone and pauses the music when you aren’t. This is such a subtle feature and I clearly appreciated it moving from my XM3.

So, should you buy the XM4 or should you go for the XM3 instead? There are 2 parts to this answer.

If you want the best noise-canceling headphones money can buy, XM4 is the best option.

However, if you are confused between XM3 and XM4, it boils down to the price difference. The XM4’s have better build, noise cancellation, sound quality, and features like multi-device connectivity, wear detection, etc. I wouldn’t pay $100 or 5000-6000 for that. But, if the price difference is about $50 or around 2000 INR, then these features outweigh the price, definitely get the XM4. It’s the best noise-canceling premium headphone out there.