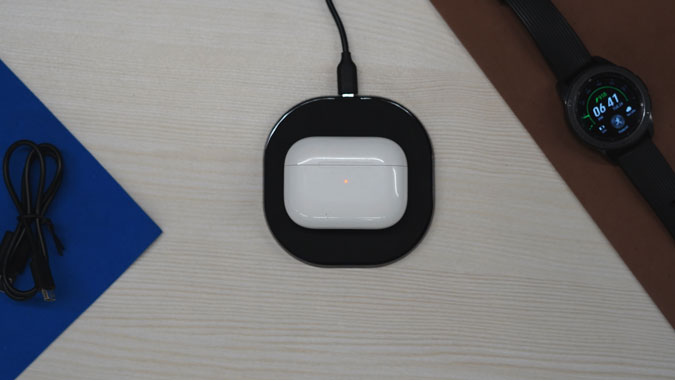 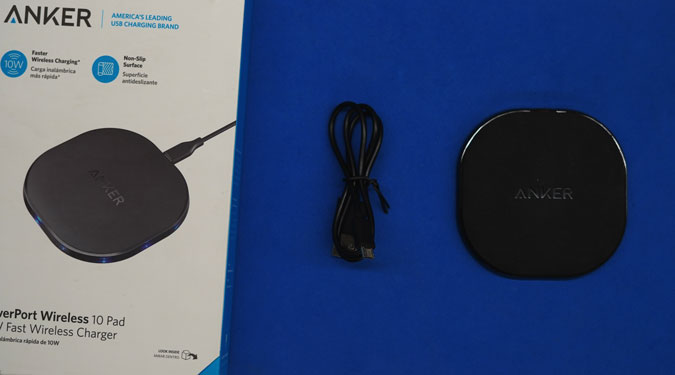 In the first impressions, the Anker wireless charging pad looks a lot slim and sleek than the others I have used. Compared to the Mi Wireless charger, the Anker one is quite thin at 1 cm. It also has an anti-slip surface so in case you receive a call or a notification, the device won’t slip off the charging pad.

Additionally, it also has rubberized feet at the bottom to ensure it firmly stays at a single place. The only part to complain about is the plastic build of the wireless charger. Plastic does have good shock absorption properties but it is less durable in the long run. However, it does help to cut down weight and the Anker Wireless charger weighs around 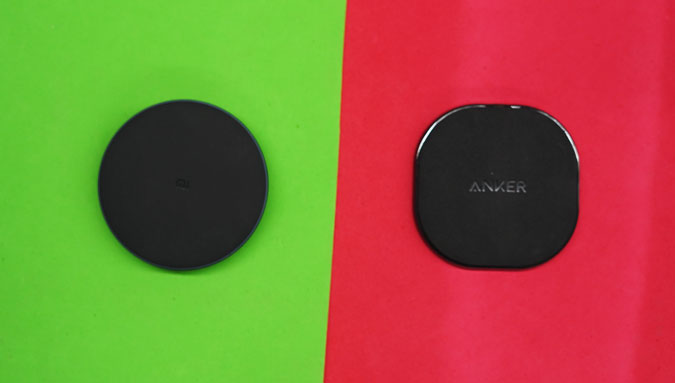 So, you might see numerous wireless chargers on the market. Most of them have a similar charging process but you need to look out for the Qi wireless compatibility.  With Qi compatibility, you would be ensured that almost all of your wireless devices would be compatible with the charger. Coming down to the process, in order to charge a device, you have to place it at the center of the Anker charging pad right on top of the Anker logo.

Once the device starts charging, a subtle blue LED glows at the bottom to notify charging is initiated. This really comes in handy in the night when I have to slap off my device on the charging pad. The subtle blue lights work better than a small LED indicator.

Moreover, the wireless charging even works through the charging case if it is less than 5mm in thickness.

The Anker wireless charger charges in 2 different modes: 5W and 10W. The 5W is the slow charging mode that would be applicable to most of the devices except a few flagship phones like the Samsung Galaxy Note and S series, Pixel 4, etc. Comparatively the Mi Wireless charger charges at 3 different modes – 5W, 7.5W, 10W. This turns out to be slightly better if you own an Apple device. For instance, in the case of the iPhone 11 Pro or XS Max, they have a maximum input of 7.5W. With the Anker charger, they will charge at 5W since it doesn’t support 7.5W.  So, have a look at your maximum wireless charging input before buying a wireless charger.

To give you a perspective about charging speeds, we put a Samsung Note 9 and Pixel 3 to charge wirelessly on the Anker wireless charger.

Ideally, if you have a wireless charging device like Galaxy Buds, smartwatch, they may be limited to the 5W charging limit which is quite slow. Hence, in order to provide a reference to the charging speeds, I tested Samsung Note 9 and the Pixel 3. The Samsung Note 9 charges at faster 10W whereas, the Pixel 3 charges at 5W. This will provide you a reference point about the speed of wireless charging. 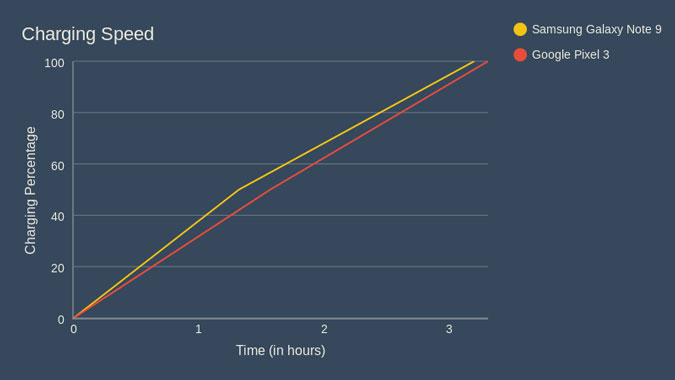 If we look at the data, the Pixel 3 and Samsung Note 9 took almost the same amount of time. However, Note 9 has a bigger 4000 mAh battery and Pixel 3 has a 2915 mAh battery. If we take that into account, Pixel 3 took the same amount of time with a 27% smaller battery. This shows that the Note 9 charged at 10W speed while Pixel 3 charged at 5W speed.

Conclusion – Should you buy it?

With that said, it only makes sense to get a wireless charger if you have multiple wireless charging devices lying around. If you have a single device that wirelessly charges, just stick to the wired charger. It is much faster and you wouldn’t have to wait a decade for the device to fully charge. However, if you have multiple wireless devices, you can quickly stick one of your devices on the charging pad while the other one is being used. Like, I would any day charge my Galaxy watch on these rather than the proprietary Samsung charger.

To summarize the entire review, below are the pros and cons.

If you have any queries or issues regarding wireless charging, do let me know in the comments below.