How to Change Speed of Video in Android and iPhone 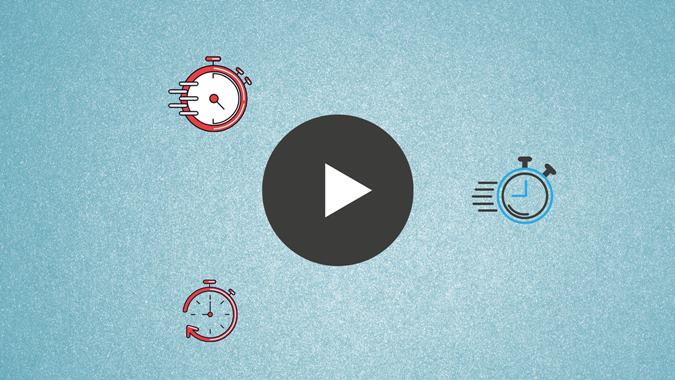 Often when you capture a video, you might think that it would look better if it was a bit faster or slower. Typically, you would want to reshoot the video. However, you don’t need to do so as you can easily change the speed of the video on mobile. You can speed up or slow down a video. Speeding up the video comes in handy when you want to reduce the duration of the video as well, also known as speed watching or speed listening. Let’s check how to change the speed of video on Android and iPhone.

1. How to Change Speed of Video Using Samsung Gallery

1. Launch the Samsung Gallery app and open the video whose speed you want to change.

2. Tap on the Edit icon at the bottom to open Samsung’s video editor.

3. Scroll through the list of icons at the bottom until you see the Speed icon. Tap on it.

4. By default, the video plays at the original 1x speed. Tap on 1/2x to decrease the speed and 2x to speed up the video. Sadly, those are the only speed options offered in the Samsung video editor. Press the Play icon to preview the video.

2. How to Change Speed of Video Using iMovie on iPhone

On iOS and iPadOS, you can use the iMovie app, which is a free video editing app from Apple. Here’s how to go about it.

1. Install the iMovie app on your phone, in case it isn’t pre-installed.

2. Open the iMovie app. You will reach the Projects screen. Tap on the + (Create Project) button.

3. You will be asked to select the type of project between Movie and Trailer. Select Movie.

4. Tap on the video that you want to edit and press the Create Movie button.

5. You will reach the editing screen. Tap on the video clip at the bottom.

6. The video editing tools will appear. Tap on the Speed icon, which resembles the speedometer. Drag the slider towards the right to speed up the video and towards the left to slow down the video. Play the video to preview it at the new speed.

7. Tap on the Done button at the top to save the project.

8. To save the video to the gallery, hit the Share icon and select Save video from the Share Screen.

InShot is one of the best free video and photo editors available for both Android and iOS. You can use it to change the speed of your video and perform other video editing tasks.

1. Download the InShot app on your Android or iPhone and open it.

2. Tap on the Video button. Select the New option.

3. Select the video whose speed you want to change.

4. The video will load in the video editor mode. Scroll through the options at the bottom until you see the Speed button. Tap on it.

Your video with the new speed will appear in your phone’s gallery.

Tip: If you see the InShot watermark on your video, tap on the watermark and select the ‘Play ad’ option to remove the watermark by viewing an advertisement.

Another third-party free video editor app that you can use to change the speed of videos is the VN editor.

1. Install the VN app on your Android or iPhone and open it.

2. Tap the + (create) tab at the bottom and select New Project.

3. Choose the video that you want to edit.

4. When the video editor appears, tap on the video clip, in case it isn’t selected. Press the Speed tool from the bottom bar.

6. Tap on the Export button at the top to save the video. Choose the resolution, frame rate, and other parameters. Finally, hit the checkmark icon.

5. How to Change Speed of Video Using Online Tools

In addition to the above methods, you can also use various online tools to speed up or slow down a video.

1. Open ezgif.com/video-speed in a web browser on your mobile.

2. Tap on Choose File and add the video from your phone. You can also paste the video URL. Press the Upload video button.

3. You will reach the customization screen. By default, the 0.5 value is shown in the multiplier box. Anything less than 1 will decrease the video and similarly, a value above 1 will increase the speed. For instance, the 0.5 value will play the video at half its original speed.

The tool also gives you a variety of options related to the video sound. You can mute or remove the sound altogether, keep the original sound, and change the speed of sound as well. Choose the desired option. Finally, tap on the Change video speed button.

4. Long press the video under the Output video and hit the Download video button.

I hope you were able to speed up your video. Also, learn how to convert landscape video to portrait and vice versa. And how to reverse a video on mobile and PC. Once you have a great collection of videos, you can also make a video collage.