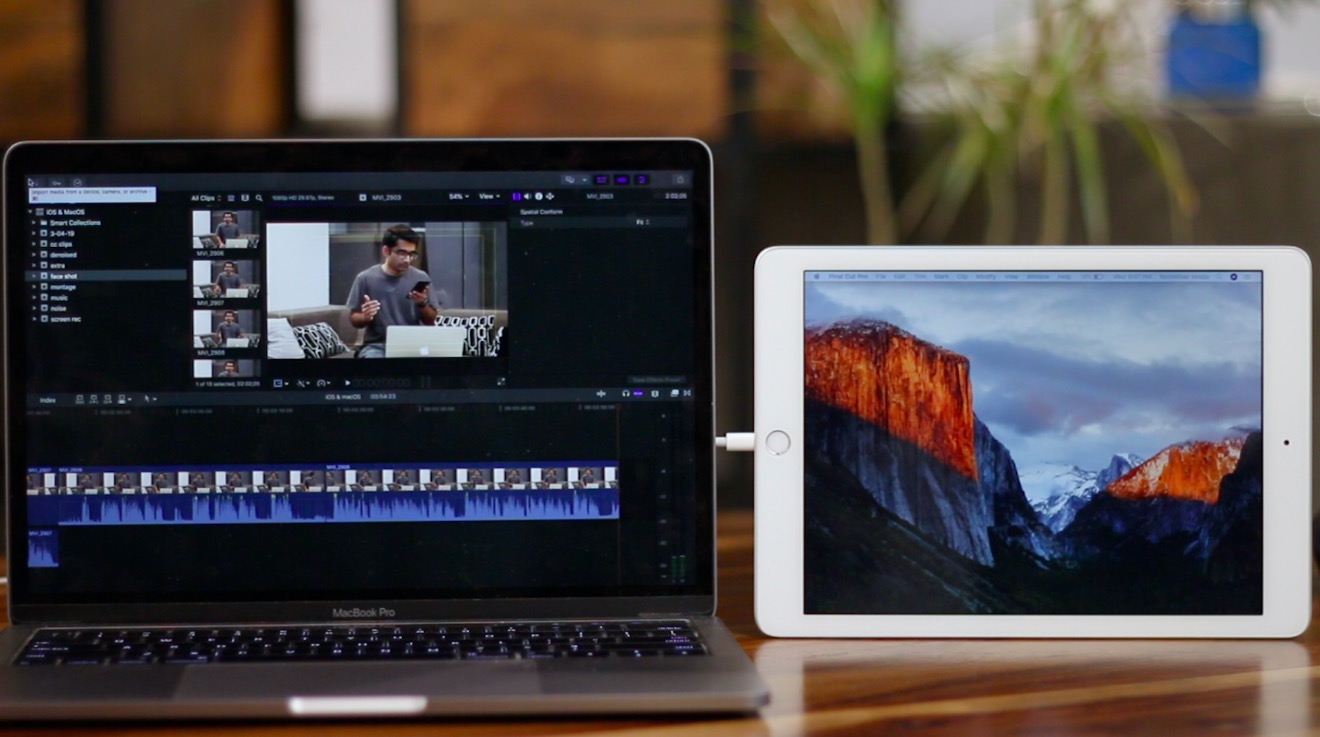 Duet Display – the popular app that turns your iPad, or iPhone into an extended display for your Mac and PC, has been iOS exclusive for almost five years, but the release of Apple Sidecar in macOS Catalina, has pushed Duet Display, to spread its wings to the most popular mobile OS – Android.

During my testing, the Android app worked similarly to Sidecar, with minor lags and connectivity issues. The following are some features that separate Duet Display from Apple’s Sidecar.

1. Android as an Extended Display

While both Duet Display and Sidecar support wireless and the wired connectivity, but as of now, Sidecar is only available on the latest iPad OS (not even iOS). Duet Display, on the other hand, supports Android, iOS, and iPadOS. In fact, it’s not just limited to Android smartphones, you can also turn your Android tablet or Chromebook into a secondary display.

Duet Display not only extends a virtual display screen to your Android device, but it also gives you access to navigate the computer using the touchscreen and with gestures like two-finger scrolling, pan, and zoom.

Sidecar on the other hand, although supports touch, Apple Pencil and two-finger scrolling (in a few apps), it still doesn’t support gestures and the touch navigations are not quite intuitive. For instance, you can’t scroll with one finger like you would normally do on your iPad, rather you will have to use two fingers to scroll. Also the only way to click or tap on elements is by using the Apple Pencil.

It is kind of obvious but I find it quite handy, the mirroring feature on Duet Display gives you the freedom to remotely use your computer with just your Android smartphone or tablet. Just grab the wireless mouse and keyboard, and you’ve got yourself a mobile workstation. You can choose to connect to your computer either through WiFi or using Cellular data. While the mirroring works out of the box, you need to create an account and keep your devices connected to the Internet to use the remote desktop feature.

This is not possible with Sidecar as it works on peer-to-peer connection, Sidecar only has a 10-foot range. If you go outside this range, you will see a warning on the iPad asking you to move closer to the Mac.

Sidecar support a limited number of Macbooks, mostly 2016 or newer. Although you can get it on the older Mac via terminal, some people have reported lag in the connection.

Not just that, Sidecar also only works with a limited number of iPad models that support Apple Pencil (Generation 1 &2). The device list is as follows;

Duet Display on the other hand, works fine on older Macs and PCs. I’ve tried it on my 2013 Macbook Air, and it worked just as fine as my Macbook Pro 2016.

Both of these features only work with iPad on Mac Computers. When you enable these features, you get special tools on the iPad’s display which offers quick functionality just like the Touchbar on the Macbook Pros.

Finally the most important difference between Duet Display and Sidecar – the price. Apple’s Sidecar is free, works flawlessly and requires no third-party app installation.

To get started with Duet Display, you will have to download a free Duet Display Client application on your PC or Mac and purchase the companion app from the Play Store or the App Store. It’s available on iOS and iPadOS for $9.99, and $19.99 on Play Store. However, they’re offering the Android app for $9.99 as a limited time offer.

Since Sidecar is built-in macOS Catalina, it’s easier to set up than downloading extra apps in case of Duet Display. Simply, connect the Mac to your iPad using a cable or the same WiFi and click on the Airplay option on the menu bar, and select your iPad from the drop-down list. If you can’t find the Airplay option there, go to System Preferences > Displays and checking the “Show mirroring options in the menu bar when available” option.

To get Duet Display to work, first, you need to download both the client and server app for your Mac and iPad (or Android) respectively, and then connect both of them as we did above.

Duet Display or Sidecar; Which one to choose?

While Sidecar should work for most users with basic needs, if you are an expert, you should still opt for Duet Display or similar second screen apps to get extra features like better range, more device support, and intuitive gestures, etc. Sidecar is also limited to a small number of devices that run the latest OS Catalina which means you still would have to use Duet Display if your Mac computer can’t be upgraded to Catalina. What do you think? Let us know in the comments below.