Home » Android » How to Set Up Voicemail on Samsung Galaxy Phones

How to Set Up Voicemail on Samsung Galaxy Phones 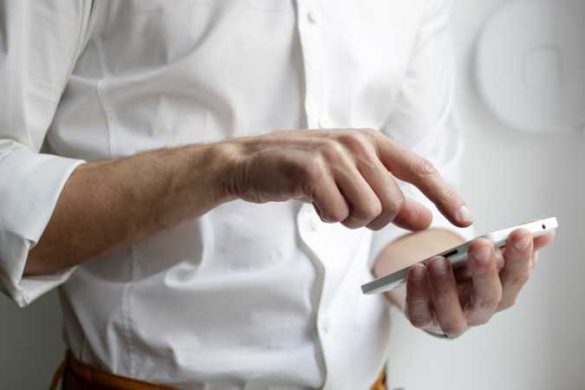 Voicemail is a useful feature present on most smartphones out there. It allows your caller to leave a voice message for you in case you are not available to pick up the phone at the moment. You can listen to these messages anywhere, anytime, as long as the phone is in the network coverage. Here’s a guide to setting up voicemail on Samsung Galaxy phones and also other Android smartphones.

Note: Voicemail feature is not available in all countries. It is available in the USA, for example. So do check with your service provider before trying to set up voicemail on your Android phone.

We will begin the guide with Samsung. I am using A73 for this guide but the voicemail feature works the same on all Samsung phones.

1. Tap and open the Phone app at the bottom of your home screen. Tap on the kebab menu (three dots icon) in the top right corner of the Phone app to expand it.

2. From the available options, tap on Settings. Now tap on the Voicemail on the Call settings page to further open voicemail settings.

4. A message will appear on your screen saying Voicemail number changed. Tap on OK.

The voicemail has been successfully set up on your Samsung smartphone. Now go back to the Phone app and long press key 1 to access your voicemail whenever you want to listen to them.

Once a number has been set for your voicemail, you can also change it in case you have a new number, for example. Employees are often given work phones from the company.

If you no longer want to use voicemail, you can easily remove or delete the number saved to deactivate the voicemail on your phone.

1. Again navigate to Voicemail settings by following steps 1 and 2. Once the voicemail page is open, tap on the Voicemail number. A pop-up will open with the previously set voicemail number. Tap on Delete or backspace button to remove that number and tap OK to save changes.

Did you know there are more than 7 ways to answer incoming calls on Samsung Galaxy Phone?

Setting up Voicemail on other Android Smartphones

Android ecosystem is riddled with multiple OEMs with their own unique take on the UI and feature set. As such, voicemail may work differently in case you are not using Samsung’s Android phone. Let’s take a look.

1. Tap on and open the Phone app on your Android smartphone.

2. Once the Phone app is open, tap on the kebab menu (three dots) on the top right of the screen. Then tap on Settings. This will open the Phone app’s settings.

3. Tap on Voicemail, then tap on Advanced Settings to further open the settings for voicemail.

4. Tap on Setup, then tap on Voicemail number. A pop-up will appear in front of you.

5. Enter the Voicemail number provided by your service provider, then tap on OK. A message will confirm that the voicemail number has changed. Tap on OK.

2. Tap on the Voicemail number, delete the previously set number and replace that with the new voicemail number. Tap on OK to confirm.

3. You will get a message on your screen saying Voicemail number changed. Tap on OK.

Using voicemails allows you to be available 24×7 and screen important calls, however, can prove to be a costly affair. Do check the rates before using voicemail service.