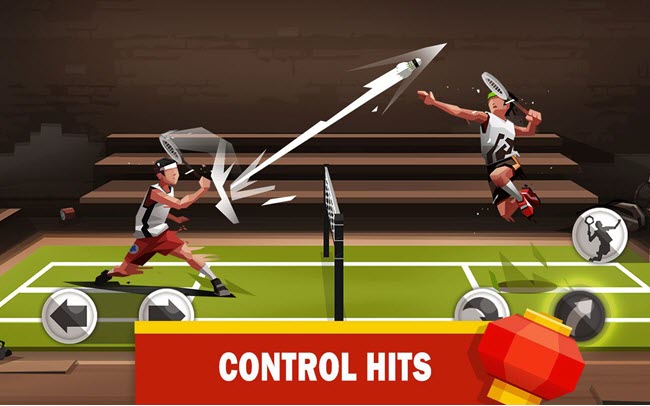 Among Us has recently gained massive popularity worldwide mainly because it checks all the boxes for a great multiplayer. It has an interesting objective, a robust game mechanism, and a lot of adrenaline-inducing gameplay. You can play this game in two ways; as a crewmate or as an imposter. Your objective as a crewmate is to play with your friends or strangers online and find the imposter in your crew who’s hellbent on compromising the ship. However, if you play as the imposter, your job is to defeat the crew by sabotaging, killing, and venting around the map. As the crewmates and imposters look the same, it adds to the mystery of the gameplay. It works offline on your local Wi-Fi which makes this game a ton of fun.

Price: The game is free to play but you can buy certain novelty items such as pets, hats, skins, etc.

Dual is probably one of the most interesting local multiplayer games I have played in a while. It’s meant for two players sitting right across from each other and your objective is to shoot the other person down. The game uses clever techniques such as the use of an Accelerometer to make the gameplay more intuitive and exciting The game has three different game modes: Defend, Duel, and Deflect. You can either pair your phones with Bluetooth or Wifi and just start playing.

Price: The game is free to play.

Doodle Army 2: Mini Militia is an intense multiplayer shooting game that can be played with six other players over WiFi. The game provides you with a good range of weapons like flamethrower, sniper, shotgun, etc. to take down your opponents. You can even train under a sarge to sharpen your skills before the actual game begins. The survival mode can be played offline.

Price: The game is ad-supported and comes with in-app purchases to unlock weapons, skins, and more. 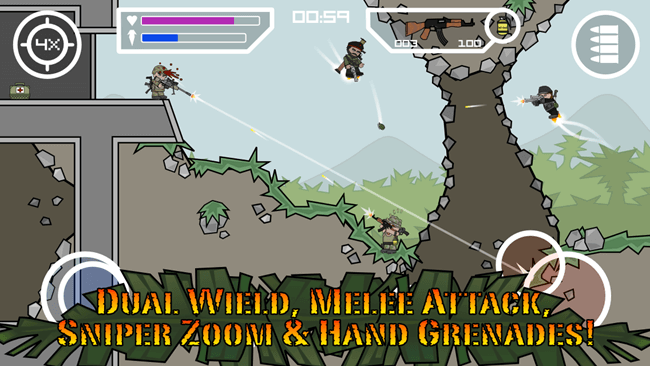 Badminton League is a fun game where you can play one on one with your friends via local WiFi, bet, and win in-game coins. The game’s physics engine is very good at emulating the rocket, shuttlecock, and respective sounds. You can also create and customize your own character and perform cool stunts.

Price: The base game is free but you can purchase additional items like rockets, character customizations, etc. via in-app purchases.

Crazy Racing is a game where you will chase your friends while performing insane stunts and shooting them with weapons to take them down. The game has multiple cars, each with its own characteristics and weapons. You can play offline in local WiFi multiplayer mode in six different locations like industrial zone, extraterrestrial route, countryside, and more. 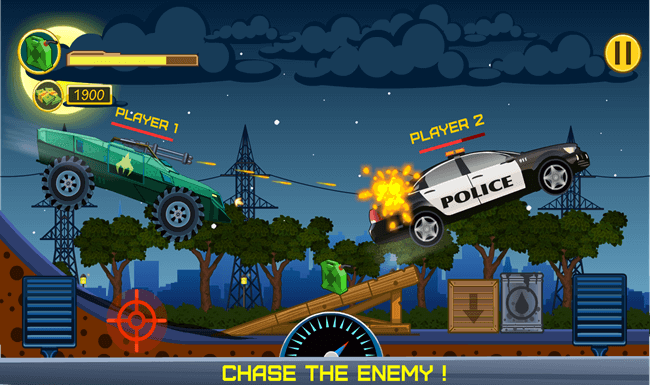 If you are into basketball then NBA JAM is for you. You can play with real players as avatars and perform their coolest moves and stunts. The game offers four different modes. When playing over local WiFi, you can play one on one with your friends. Other modes will require an internet connection.

Price: The game is free, contains ads and in-app purchases. 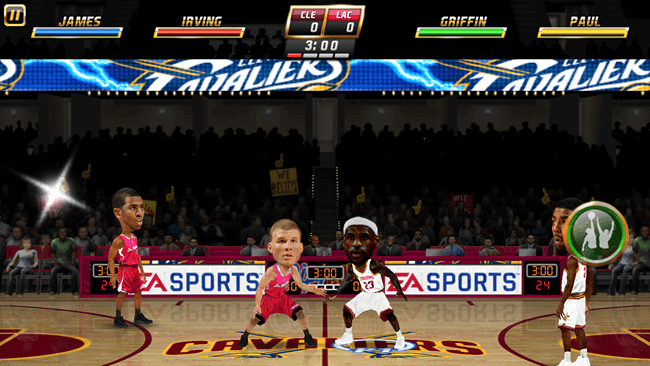 Also Read: 16 Multiplayer Android Games You Can Play on the Same Device

Terraria is a cool pixelated game where you dig holes, build castles, and stage fights. The game closely resembles Minecraft 1112but with better storytelling and combat. There are multiple worlds, islands, enemy types, weapons, pets, dynamic day/night cycles, and more to choose from. If you want to, you can create your own worlds and expand them as needed. Up to 7 of your friends can play in offline local multiplayer mode.

Price: This is a paid game that you can purchase from the Play Store for $4.99. 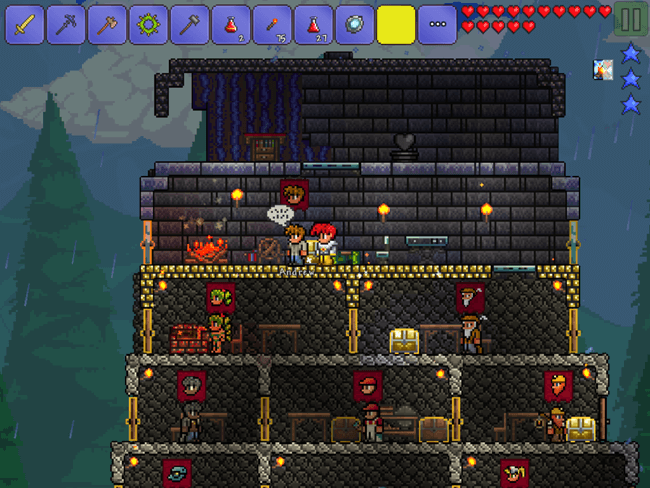 Crossy Road is one of the most popular local WiFi multiplayer games for Android where you are trying to help a chicken and other pop-art inspired characters to cross busy roads, train tracks, and rivers. If you like games that require intense concentration then Crossy Road is for you. Invite friends to cross the road with you.

Price: The game is free but contains ads and in-app purchases. 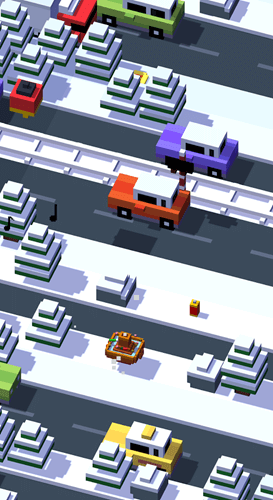 When it comes to racing games, Asphalt 8 Airborne is the most popular local multiplayer WiFi games for Android. The cars are authentic in looks and mimic the performance of their real-life counterpart. With over 40 different tracks, sixteen different settings, over half-a-dozen seasons, and 400+ events, Asphalt will keep you busy for days. You can invite up to 7 more friends to play offline.

Price: The game is free, contains a ton of ads, and a ton more in-app purchases for cars, coins, skins, and more. 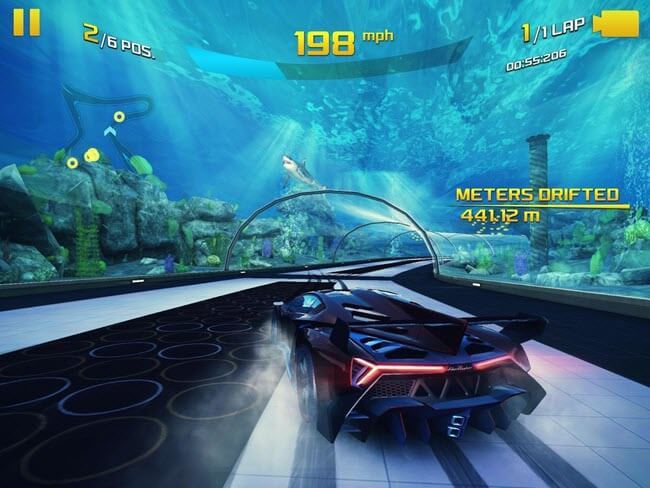 If car racing with a traditional first person or third person perspective is not your jam then you can try Mini Motor Racing. The game has a top-down camera perspective with over a dozen awesome but tiny cars and 50+ tracks to race on. What’s good about Mini Motor Racing is that there are multiple types of cars like hatch, big-rig, school bus, hot rod, etc. Over WiFi, you can play with up to four players offline.

Price: The game is free but comes with ads and in-app purchases to unlock cars, skins, and tracks. 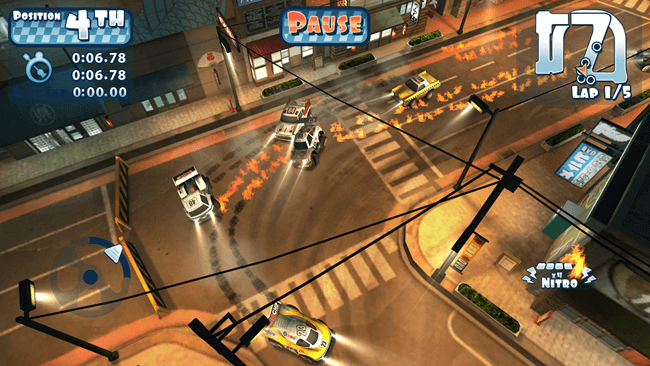 Inspired by Minecraft, Pixel Gun 3D offers pixel style worlds built using blocks. It has unique weapons and game modes to get yourself lost in time. The best thing about Pixel Gun 3D is that you can battle your friends offline over local WiFi or with other online players in a clan deathmatch, and show of your skills in using awesome weaponry like the magic bow, M16 rifle, etc. 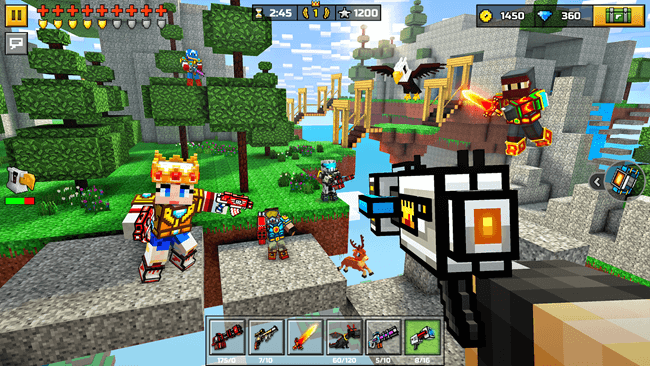 If you are not in the mood for yet another intense game and looking for something simple and straightforward then Tanks Battle is for you. Join the local network with your friend and battle one on one. The player who wins three rounds is the winner.

Price: The game is free and contains ads. 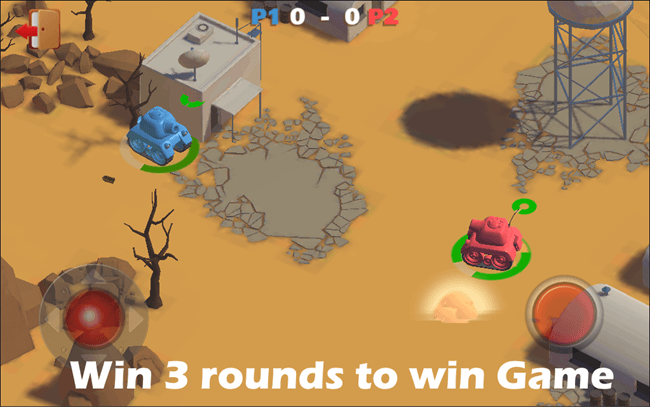 Talking about Minecraft inspired games, do you know that you can actually play Minecraft with your friends over WiFi? If you are a Minecraft lover then you should definitely try its local multiplayer mode to get the most out of the game. Up to 10 players can join from different platforms on your private server.

Price: This is a paid game. You can purchase the game directly from the Google Play Store for $6.99. 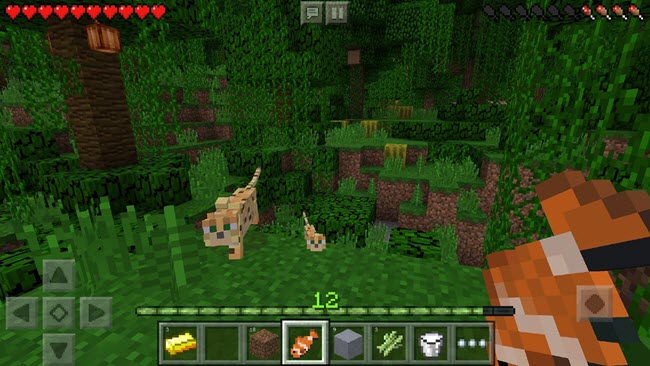 Spaceteam is unlike any other local multiplayer game for Android on the list. The game’s main goal is to push you and your friends to the limit in terms of cooperation, teamwork, pushing buttons, and yelling. In case you are wondering, the reason for yelling is that you and your friends need to push buttons and switches and drag sliders according to the time-sensitive instructions to rescue the spaceship. This game demands good coordination.

Price: The game is free and contains in-app purchases. 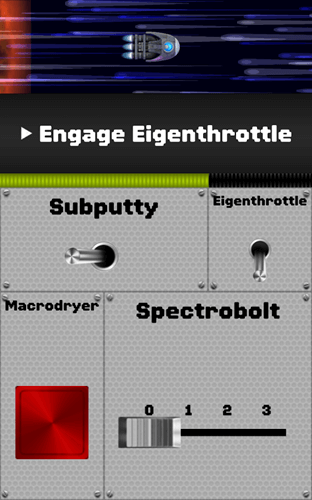 If you like fantasy games with good graphics, intense battles, and epic fights then Wild Blood is a pretty good WiFi multiplayer game to try. When playing over local WiFi with friends on Android, you can invite up to eight players in Capture the Flag mode or 4 vs 4 deathmatches.

Price: The game is free and contains in-app purchases. 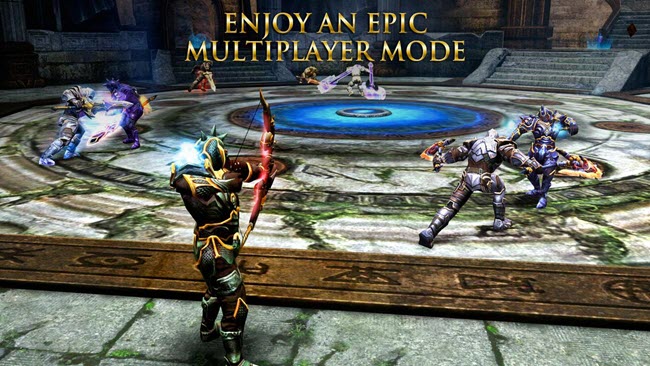 Special Forces Group 2 is your traditional third-person shooting game with lots of weapons, explosives, and maps. The game has 9 different modes like classic, resurrection, and capture the flag with 8 players on each team and 30+ maps. It will remind you of your CS days.

Price: The game is free, contains ads and in-app purchases. 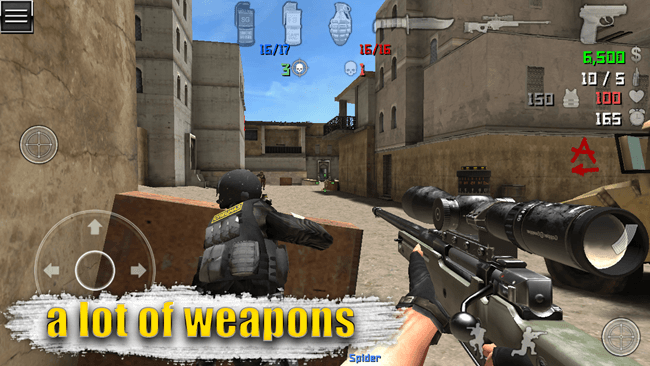 BombSquad is a fun and offline local multiplayer WiFi game for Android where each player has to throw bombs at the other, trying to defeat them in arena-style combat. There are a number of mini-games inside the main game that you can play with friends. 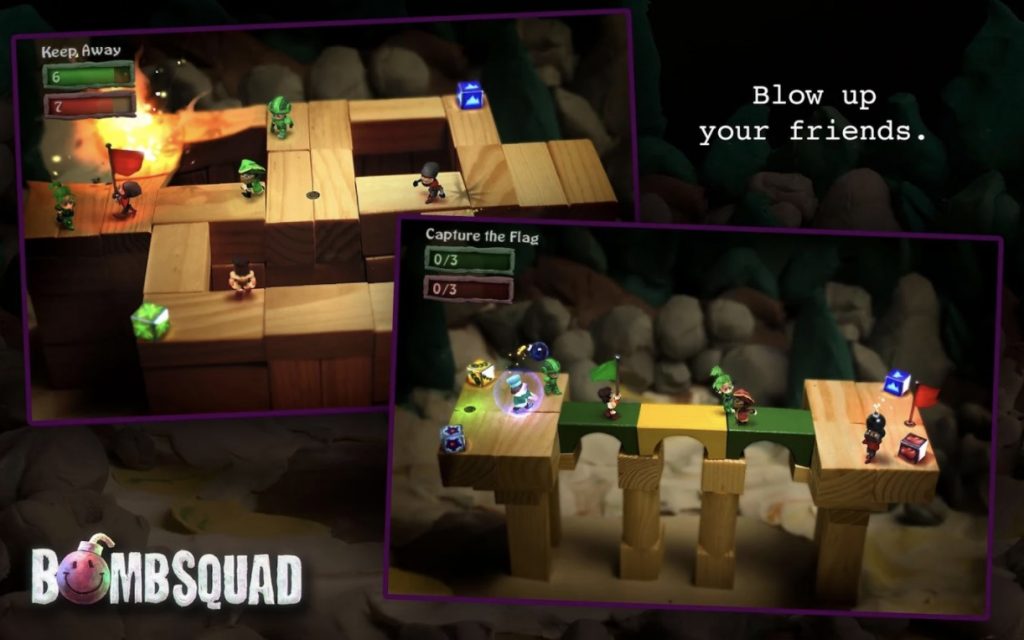 Skullduggery is a multiplayer game similar to Angry Birds i.e. it utilizes a drag and shoot method similar in style. Your job is to collect taxes from the dead. You will need to manipulate obstacles to reach your destination.

Price: Free and contains ads, which can be removed with a singular in-app-purchase. 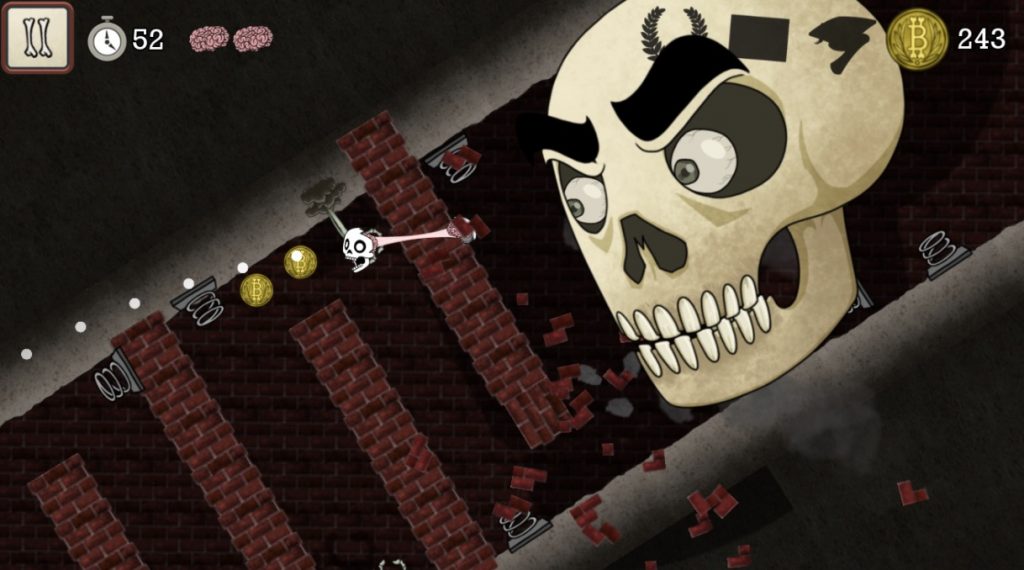 Endless arcade running game that consists of going full speed in a first-person view displayed to the player through line art. The visuals are beautiful and the game is addicting.

Price: The game is completely free with no ads. 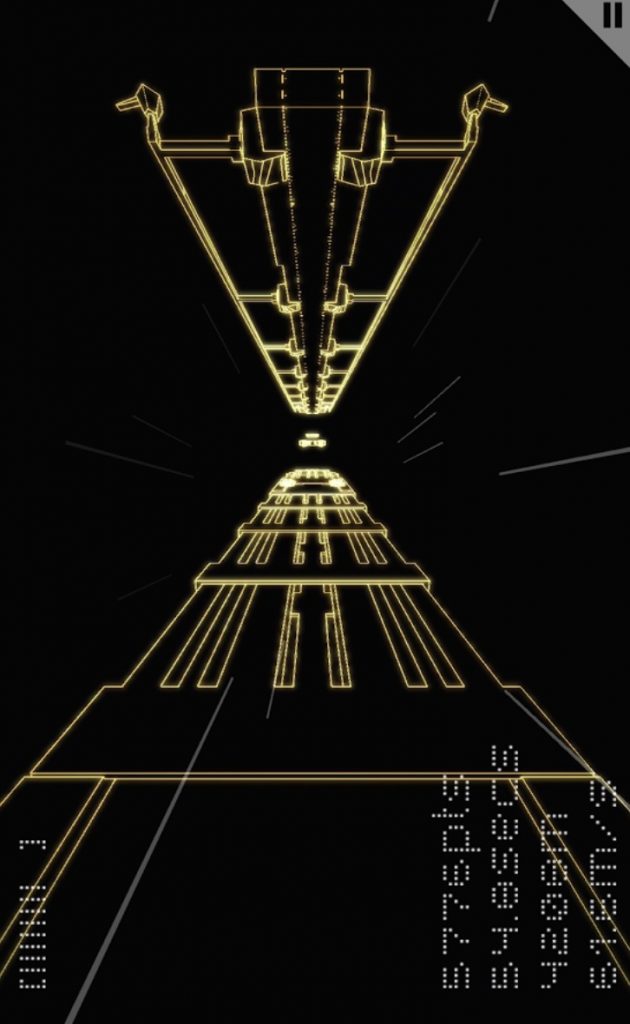 Badland is an award-winning local WiFi multiplayer game that comes with great graphics and visuals. You are running through a forest that’s laden with hidden and imaginative traps that are other difficult to recognize and hence, avoid. Badlands is a visual treat and you will love it.

Price: The app is ad-free but comes with in-app purchases. 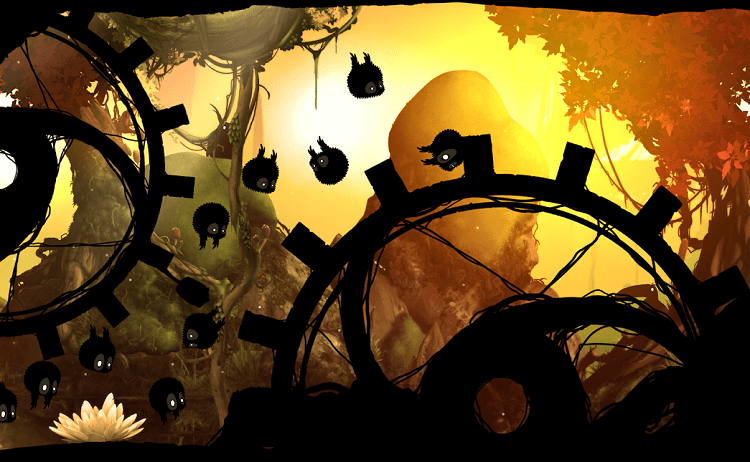 One of the few motorboats racing local WiFi multiplayer games for Android users with stunning graphics, detailed maps, and a number of speed boats to choose from. You are a rogue and outcast rider who needs to make his mark across the city of rivers now in ruins.

There are a number of modes to choose from and jets to unlock.

Price: The game will cost you just $1 and there are no ads. 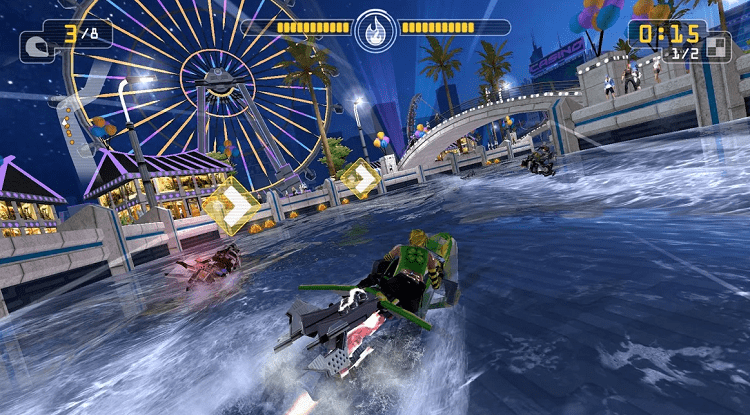 15 Best Google Camera Settings to Use It...

How to Check Used Samsung Smartphones Before Buying

17 FAQs You Should Know After Buying a...

20 Things to Know Before Buying a Google...