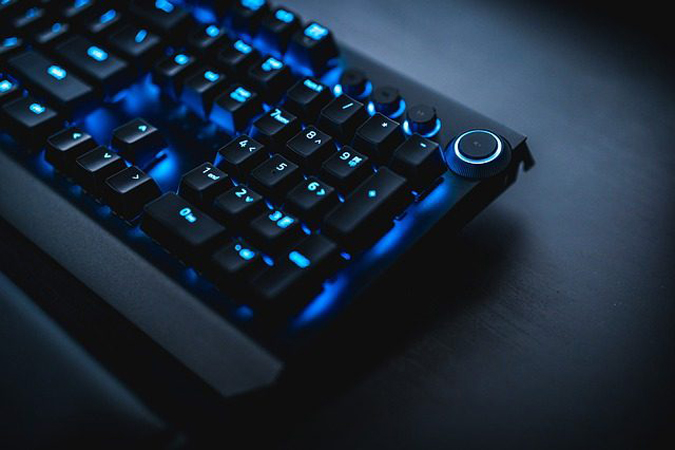 If your work is similar to mine, for the most part, its effectiveness depends on how fast you type. Since there is no formal training nowadays to teach users the correct way to type, a typing practice routine is also a highly unlikely possibility. We have talked about multiple apps before, that teaches you to type faster. Today, let’s look at some online games that are fun, intense, and competitive at the same time. So without further ado, here are the best typing games on the internet in 2021.

Best Typing Games on the Internet

If you have searched for typing practice or even typing games before, I am sure you must have stumbled upon Keybr in various forums and websites. The website has a practice section if you want to do general typing practice which targets specific letters that you are weak with. You can sign in with your Google or Facebook account to keep a track of progress.

Keybr has four multiplayer linear race games where you can compete against players from around the world. There is just one simple rule, the faster you type the quicker your car will reach the finish line. Once you finish, Keybr displays the typing speed and number of errors you made, which is a great way to learn and improve accuracy in the future.

Typeracer is a similar website to the previous one, however, it is purely based around the racing game typing concept. You can play as a guest if you don’t want to sign-up with your e-mail. But that will leave you out of the high score tally if you ever manage to reach near the top scorers.

You can invite your friends in a typing race with a shareable link which is valid for 24 hours. Along with the gameplay, you can also chat with them.

You have three typing modes in total. You can practice alone to test your skills, get into an online competition with players online, and finally an inviting mode where you can invite your friends.

Ztype will take you back in time as it closely resembles the classic bubble shooter game from the early 2000s. This is themed as a space game where you have to destroy enemies by shooting them. The catch is that you can only trigger an attack by typing the correct word. The game’s difficulty level keeps on increasing with each passing level which will keep you on your toes (finger).

Ztype shows you stats once you play for a considerable amount of time. In addition, you can change the volume of gameplay and background music.

4. The Typing of The Dead: Overkill

Before jumping into what the game is about, let me tell you that it requires Steam, which is an online platform to buy and play games. Also, unlike the others on the list, this one will set you back by $7.5. If you are keen to buy and play the game, here is what it’s about.

It is a shooting game that has a balance of horror and comedy themes based on the House of Dead series. As you may have already guessed, the gameplay puts you in the middle of a mutant outbreak. You have to kill them with each keystroke. It has three difficulty levels, so if horror is your thing, it is a must-try!

Get The Typing of The Dead: Overkill

If you have always believed that a pen is mightier than a sword, think again. Maybe your keyboard is mightier than a pen now. Epistory is unlike most of the basic typing games genre. It weaves a well-scripted story with terrific graphics and narrations. Since the gameplay is wholly controlled by the keyboard, you get ahead by solving puzzles, attacking enemy creatures that can adapt to the level of your typing.

You can earn points in the gameplay by precisely typing correct words. These words are displayed over objects and obstacles which disappear or appear as you type. The game is available on Steam and will cost you $10.

Remember legendary flash games that were not only easy to play but also didn’t require an over-the-top complicated skillset? Typing Games will take you back to that time. With over 100 games that you can choose from, you have super easy typing escapades to intense typing gameplay.

The theme of these games also covers a large genre from racing games, tower building, memory games, etc. I haven’t tried all the games but Typing Attack has been the hardest. With that being said, visit the website and put your skills to the test.

Who says typing games cannot have storylines and sequels? This one has and takes forward the idea of edutainment which is imparting skills through games and entertainment. The website consists of a list of games developed by Holy Wow Studios that can be played both online and offline by downloading it on your PC.

A lot of users might find the gameplay basic and slow, but I still suggest you stick around and try some of these typing games. They also offer a local multiplayer game that you can play using two keyboards. Hit the link below to check all the games they offer.

If you’re bored of the above typing games or simply want to try your hands at a few more, here is a list of games and websites that you try. One thing in common with most of these websites is ads. Although they cover most parts of the screen, they do not intrude with the gameplay.

So here was a list of games you can try. If you ask me, I highly recommend Keybr which has other typing practices as well that may improve your overall typing skills. Next on the suggestions list would be Typing Games website which gives you not one but multiple games ranging from easy to hard difficulty level. So, I hope you move your fingers a bit and beat your own score each time. Enjoy!