Home » Internet » 8 Games You Can Play With ChatGPT

8 Games You Can Play With ChatGPT 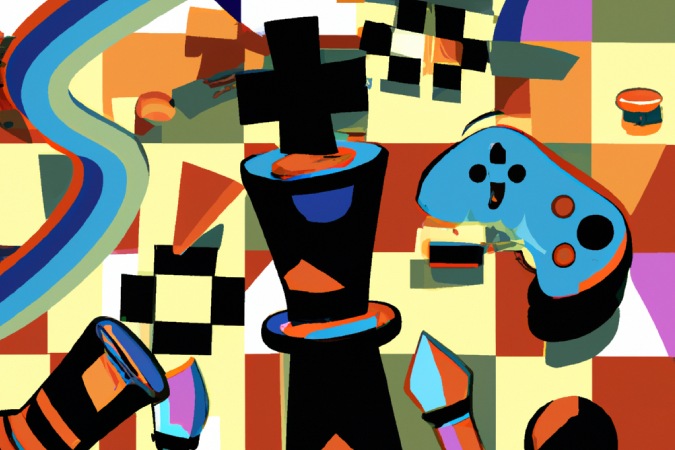 ChatGPT is an AI chatbot being used for searching for knowledge, generating email templates, writing articles, poems, scripts, etc. It has taken the world by storm hitting 1 million users in less than a week. Other than that, the AI also can do many cool things like jokes, general chats, etc. along with the ability to play games. While ChatGPT isn’t meant to play games, you can play several games on and with ChatGPT. Here is a list of games that we tried on ChatGPT for fun and amusement.

As ChatGPT was never meant to play games, it’s hard to take it to play mode. You cannot just ask to play a guessing game or play 20 questions game. Instead, you need to explain the entire game to it in order to start playing. For example, here is the prompt I have used – I thought of a character. You need to guess the character that I am thinking of with 20 yes or no questions.

Though this is not related to ChatGPT, when it comes to guessing the characters, Akinator does a much better job than ChatGPT but doesn’t sound or read human.

Tic tac Toe is a popular 3×3 board game. Two players select whether they need the X or O symbol. Once selected, they will start placing their symbol on the board one after the other. The game will stop when one of them is able to place 3 of their symbols in a vertical, horizontal, and even diagonal row.

Starting Tic Tac Toe on ChatGPT is even harder than starting a guessing game. Sometimes, it starts the game and considers two people are playing and it only conducts the game. Sometimes, it just gives a small article on what Tic Tac Toe is and how to play it. Nonetheless, here is the prompt I used to start playing Tic Tac Toe – let’s play tic tac toe together. While the prompt looked simple and straightforward, it does not start the play mode every time.

However, for some reason, the AI messes up the game. As you can see, even though the AI won the game, it considered it a draw. Sometimes, it replaces your placement and places its own symbol.

Word Ladder is like a puzzle word game that you can use ChatGPT to solve or you can also solve the puzzle that ChatGPT throws at you. Begin by giving two words to the ChatGPT for example pop and cat. The rule of the game is to change only one character at a time and change the first word to the second word. Here’s the answer for the above example – pop, pot, cot, cat.

As you can see, we have changed the first word to the second, and also all the words in between make sense. You can start playing with ChatGPT with the prompt, let’s play word ladder. It will first ask you to provide the puzzle, and later it provides the puzzle for you to solve. Unlike some other games, AI does have a lot better accuracy as it is a language-learning model after all.

Hangman is like a guessing game where the AI thinks of a word and you need to guess the letters in the word. If the letter you answered is not in the word, then you will lose 1 chance out of 6 chances. These 6 chances are represented by a hangman diagram giving it the iconic name.

You can start the game with the prompt Play Hangman with me. It may or may not work for you with that specific prompt. If not, rephrase the sentence and try again to launch the game on ChatGPT.

The game works fine most of the time. But occasionally, in some games, ChatGPT says all our answers are wrong and none of the letters you guessed are there in the word it is thinking of. But it does not reveal the word at the end. So you never know whether the AI is playing a fair game.

Mad Libs is also a word game. ChatGPT asks for words in various categories like verbs, nouns, adjectives, etc. Once provided, it will try to create a story out of it. While this isn’t the most entertaining game in the world, it’s popular and stories created by ChatGPT are funny and quirky.

Trivia on the ChatGPT works amazingly well. But there is no points system. As long as you are answering the questions, it keeps on coming up with new questions. It will tell you whether you are correct or wrong after every question and also gives a small explanation for the answer. Compared to games like Tic Tac Toe, Trivia is more stable, but the questions are quite simple. Also, most questions are only focused on the USA userbase.

This is one of the easier games to get started with. Simply use Let’s play trivia prompt and ChatGPT will start the game instantly.

Another cool game you can play with ChatGPT. ChatGPT will provide you with two options to choose from. It’s up to the user to decide what option they want to select. There are no winners or losers in this game, but with all those silly and weird options given by ChatGPT, you will enjoy the game.

Type Let’s play Would you rather? to begin the game and ChatGPT will ask around 10 questions before ending the game.

In this game, ChatGPT will return three statements and you have to guess which one is a lie. The statements can be about ChatGPT itself, or they can be about any topic you choose. The goal is to try to outsmart ChatGPT and figure out which statement is false.

You can start the game with the prompt – Let’s play two truths and a lie.

There are a few more games like rock paper scissors, Who am I, Choose your adventure, etc. that you can play with ChatGPT. However, these games are a bit more buggy in my experience, and harder to get started with. As ChatGPT was not designed for playing games, it can sometimes return an unwanted output. But if you rephrase the sentence, it will explain the game rules and begin playing.

Apart from ChatGPT, OpenAI also created DALL-E 2 which can create images from your text. And it’s just as fun to play around just like ChatGPT.