How to Watch Netflix Together on Desktop

Most probably, you are quarantined at home and want to share your Netflix binge-watch with your friends or significant other. Well, doing it on a smartphone is pretty easy but for the Desktop, there are literally quite a few ways to watch Netflix together. One of them being the popular Netflix Party chrome extension. But, due to a heavy volume of users, the service is suffering and it’s quite evident from the recent reviews and poor ratings on the Chrome store. 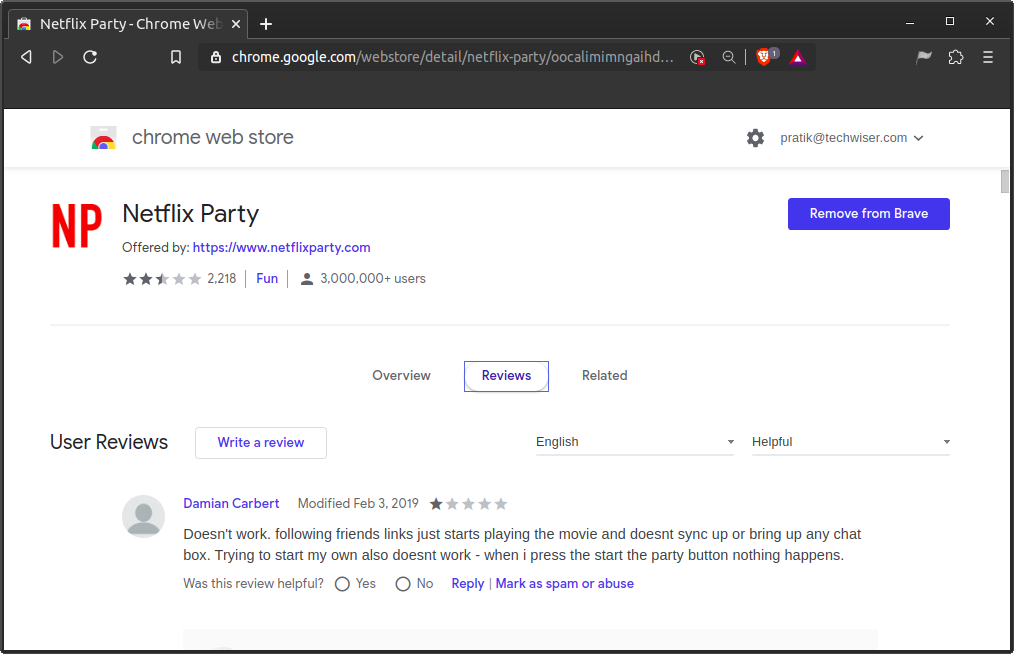 So, to deal with it here are a couple of ways to watch Netflix together on your desktop.

How to Watch Netflix Together on Desktop

StreamParty works in an identical way to the Netflix Party. Since this is a chrome extension, you can download and use it on any operating system. The only pre-requisite is the Google Chrome browser or any other chromium-based browser. Download and install the chrome extension from this link.

Once you have the extension installed, it will prompt you to sign up. In case you don’t the extension won’t work. Once you have signed in, head over to the Netflix website, log in, and play the video you want to stream. Next, click on the StreamParty extension icon and click on the “Start Party” button. It will generate a share URL that you need to share with your friends. 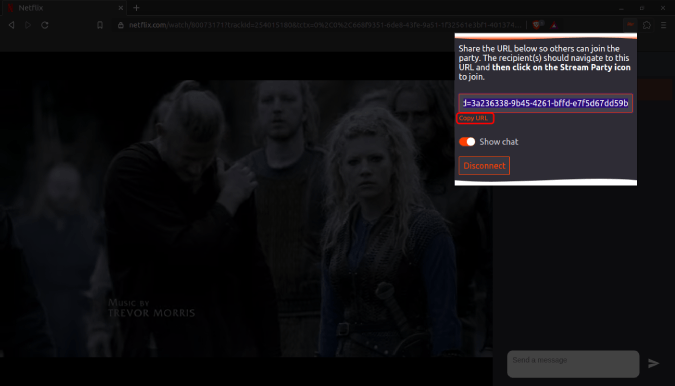 StreamParty also provides a chat window on the right-side which is quite handy. There is no limit on the number of people who can watch it together. However, each one of them needs to have a Netflix account. Apart from this, there is a small problem with the extension. If the person accessing the link doesn’t have the StreamParty extension installed, there is no notification. It simply plays the Netflix video normally without redirecting or informing the user to install the extension. Hence, you have to manually make sure that everyone has the StreamParty extension installed and logged in. 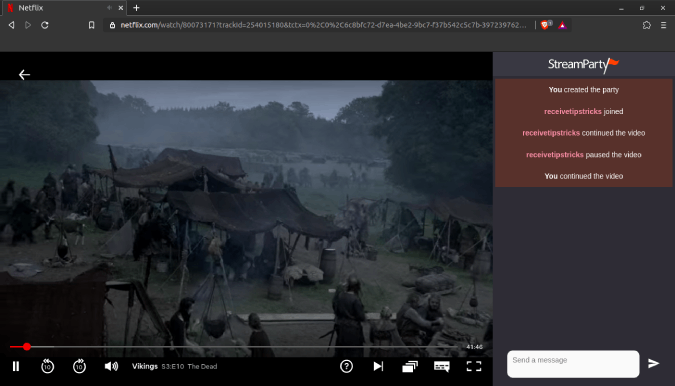 For the above extension to work, you need to have multiple Netflix accounts. However, in case, you have a single Netflix account and you still want to watch Netflix together with your loved ones, you can use Kast. Kast is a rebranded version of the popular movie streaming app – Rabb.it. However, unlike Rabb.it which was mostly dedicated to video streaming, Kast lets you share your entire desktop. Think of it as a desktop sharing app like TeamViewer. In order to use Kast, you need to install the desktop app or use the web version.

Similar to Rabb.it, it has Public as well as Private streams. Public stream, is wherein, anyone from Kast can join your stream. However, in our scenario, we want to watch Netflix videos with our friends. Hence, make sure you set your party visibility to Private. 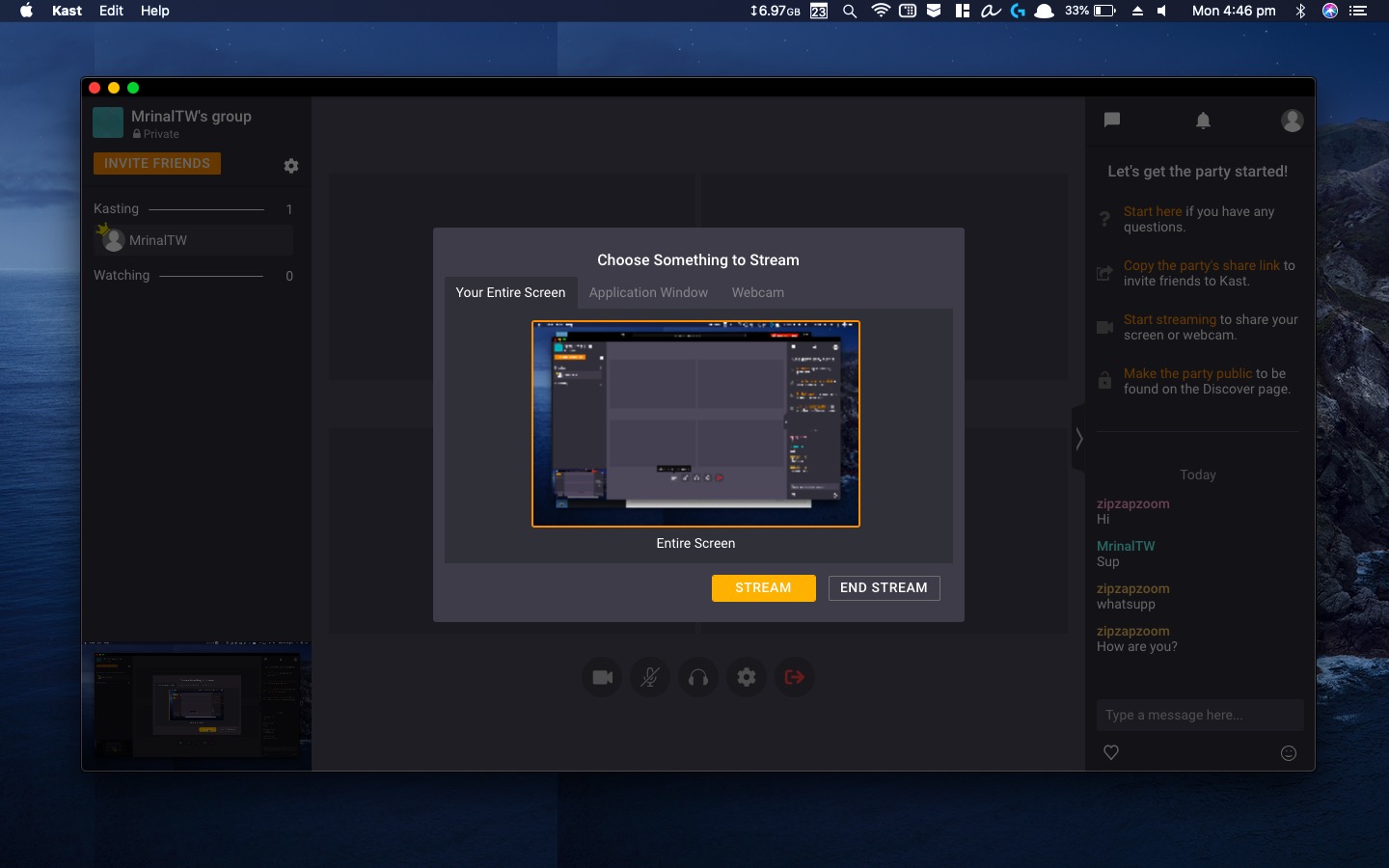 Kast mostly works well for all scenarios. However, there are few caveats here and there. One of them is the chat window. It disappears as soon as you go full screen. This can be overcome by using a third-party PiP tool like OnTopReplica, etc. Moreover, the web app doesn’t allow you to share your screen.

Scener is another Chrome extension that lets you share your Netflix video. Similar to StreamParty, all of the users need to have a separate Netflix account. The highlight feature of Scener is video chat while Netflixing. The sharing is pretty simple. Anyone amongst you can create a virtual theatre and upon sharing the code, the rest of you can join him in the stream. Unlike Kast, only the owner of the theatre can play/pause the stream. However, you have the option to pass on the remote to someone else in the stream. 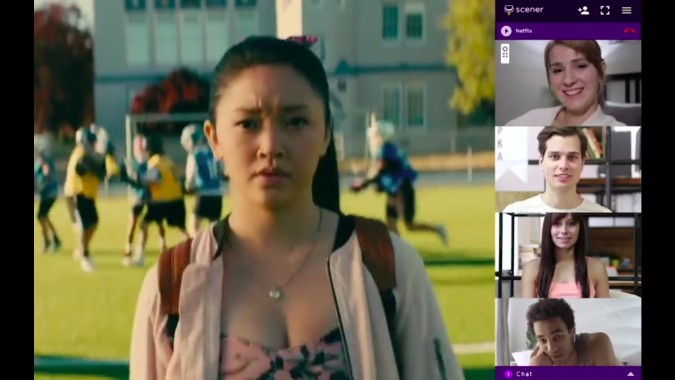 These services are relatively new and the volume of users is quite low. However, as they get popular you might counter a few problems. We’ll be updating this article with other fewer known alternatives as time passes. Meanwhile, for more issues or queries, let me know in the comments below

Also Read: Netflix Tips and Tricks for All Those Who Watch It on Mobile

6 Ways to Transfer Google Photos from One...

Best Alternatives To Grammarly That Suit Your Needs

Best Logic Games for iOS and Android to...