Home » Internet » WhatsApp vs Session: Is This the New WhatsApp Alternative?

WhatsApp vs Session: Is This the New WhatsApp Alternative? 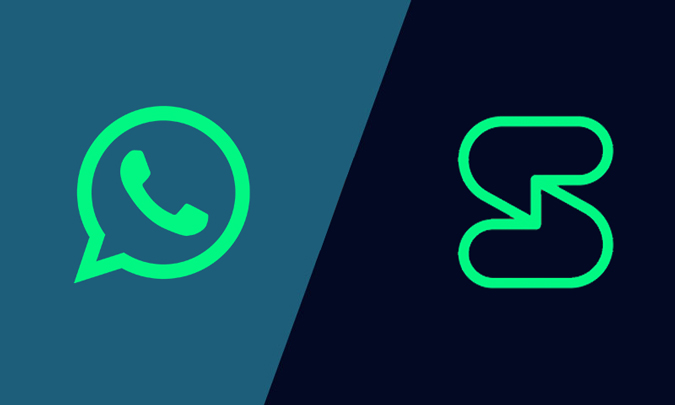 Session is a new messaging service that lets you chat and connect with other users without the need for a phone number. Although it came late to the party, it actually heard the privacy fanatics, while WhatsApp ignored it. So how does it fare against WhatsApp, let’s find out?

You need a phone number to run WhatsApp. With Session, you easily get away with just a unique key assigned to every user. It’s randomly generated when you sign up or you can use a QR code as well. The only drawback is sharing the code. It’s such a long and complicated keyword that the only option is to copy and paste it. You can choose the QR code option, but that only works for mobile devices. 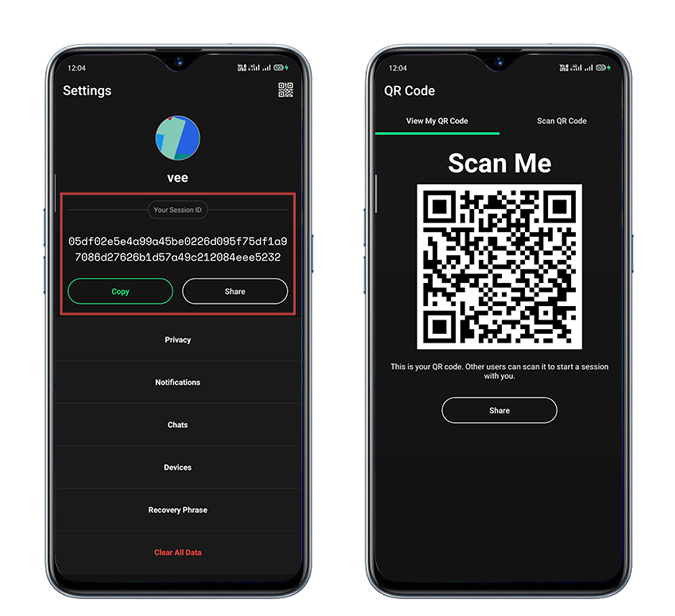 Note: Although your phone number is unique, the chances of getting the same identity key as someone else is next to impossible.

Unlike WhatsApp, Session is open-source and hence the source code can be viewed by anyone. It’s great for enthusiasts and for any organization that wants to audit or contribute to the code.

WhatsApp is the most popular messaging service but it’s banned in many countries, including China.  Session has no such dangers, at least for now. While governments push for censorship, Session cannot reveal any information as it doesn’t have any, there isn’t much anyone can do. Only Unique Session Ids that are created when you sign-up are public keys and because it doesn’t require an e-mail ID or a phone number, there is no way to link it with the user.

Similar to Telegram’s Private Chat, you can easily block someone from taking a screenshot. To do this, “Go to settings”, “Privacy” and enable “Screen Security”. This option isn’t there in WhatsApp and in my opinion, is a must-have feature if you’re talking about privacy.

Session takes the lead yet again as it’s available on both Android and iOS and if you spend a lot of time on the computer, you can download it for Windows, Mac, and Linux as well.

Also read How to Get Dark Mode on WhatsApp for Android

WhatsApp, on the other hand, does have a similar feature – WhatsApp Web, but it requires the phone to be connected at all time. Hence,  if you want to work remotely without wanting to carry your phone, Session is the option to look out for.

Well, we all are paranoid about privacy and Session takes it seriously as well. All the messages sent over the desktop app are exchanged using Lokinet, which is a decentralized onion routing solution. It is equally efficient on mobile as well, as it uses proxy routing to keep the user identity private. For example, regardless of using a desktop or a mobile, there is no way to one can track your metadata (IP address, date and time of the message, etc) as a proxy server is used instead of a central server to store messages.

WhatsApp, as we all know, has been famous for its data breaches and although the messages are end-to-end encrypted, your meta-data is still susceptible to hackers. Moreover, if the police come knocking on WhatsApp’s HQ, you can’t expect anything but Facebook-like privacy.

7. Session does not support Voice/Video call 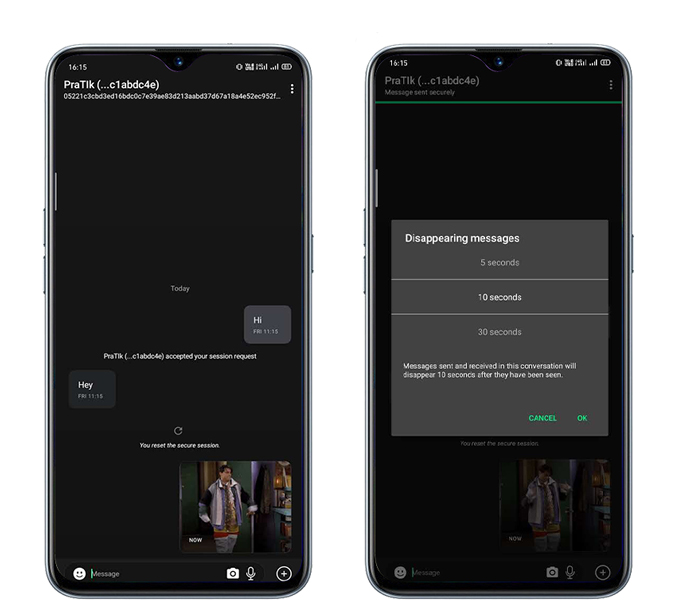 The app doesn’t shy away from mimicking features that are useful but are key elements of WhatsApp like, “Read Receipts”, “Typing Indicators” and even “Link Previews”.

Another privacy feature is “Disappearing Messages” which lets you set five seconds to a week timer for self-destructing messages. You can even make closed groups, which also are end-to-end encrypted but has a limit of just 10 users. But if you’re someone who can’t live without video, audio and group calling features, don’t think twice and stick to WhatsApp.

Session has a one interesting feature called – Open Groups. It’s similar to Channels on Telegram and can have thousands of users. Its primary use is for someone who wants a large public group mainly for discussions. These messages are kept on a server so that the group’s history can be preserved and therefore is partially encrypted and hence the admin of the group need to operate their own server.

Slack limits your searches to 10,000 messages. Session works on the same concept but rather than restricting you, it lets you set a “Conversation Length Limit”, which is set to 500 by default. You can enable the “Delete Old Messages” setting which will automatically delete old messages after the limit is breached. This is great for users who don’t want to keep a history of their conversation and are keen on keeping their chats clean.

Unlike WhatsApp, backups on Session aren’t on cloud but stored locally. You can enable “Chat Backups” from settings. As all the backups are stored on a local storage and are encrypted with a paraphrase. So, when you restore the backup, you can only restore by using this. Keep in mind that the paraphrase can’t be modified later. So, if you forget it, be ready to lose your data.

Should you install it right away?

If you’re one of the early adopters of apps, Session is something you should try but it still comes down to the same question, that we tried to answer is WhatsApp vs Telegram, does it have your friends and family? It’s a chat app ultimately and if people around you aren’t willing to download another app to talk to you, there’s no use of installing this app. There isn’t any way to video chat either, so be prepared to download an extra app for it. But If you can, Session provides a great way to skip using a phone number and talk to anyone anonymously altogether, without leaving any data trail behind. For every other reason, WhatsApp is here to stay!

Also read WhatsApp vs. Hike: Which is a Better Messenger App for You