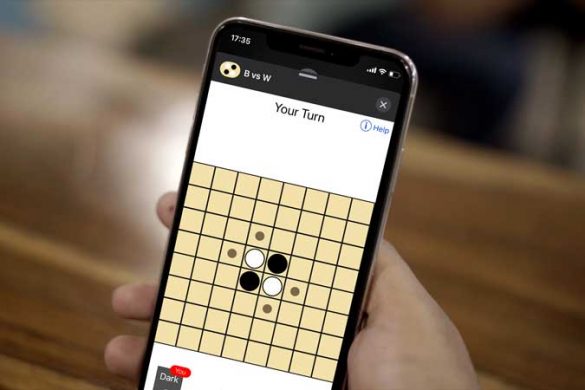 iMessage is more than just another instant messaging app, it carries the Apple ecosystem on its back with tight integration with other Apple devices and the iOS itself. Not to mention, the huge library of iMessage stickers, games, and apps on the App Store that greatly improve the overall experience and functionality. iMessage games for iPhone are a great way to kill time with your friends and that’s why I have made a list of the best games for iMessage you should check out. Let’s begin.

Tic Tac Toe is one of the most popular casual games that can be played between two people and if you’ve played it with your friends, you know how much time you can kill with it. You and your friend need to have the app installed on your iPhones and then you can take turns to play.

If you’re ever confused about how to decide on something in a group chat, you can settle it with Rock Paper Scissors. It’s a free game that lets you play Rock Paper Scissors with complete fairness and if you pay an additional $1, you can unlock the infamous Lizard, and Spock as well.

It’s the digital version of the famous party game with the same name. Would You Rather puts you in a difficult position where you have to answer the question “would you rather” followed by two options. To make the game more interesting, both the choices are equally bad. For instance, Would you rather buy used underwear or buy a used toothbrush? A fun-filled game for iMessage users.

Get Would You Rather? (free)

How fast can you tap? This seemingly simple game is highly addictive. Your objective is to tap on the circle as many times as you can in 10 seconds. After that, share your score with your friends and challenge them to find out who’s the fastest finger in the entire wild west.

Yatzy is a popular dice roll iMessage game that involves a certain amount of skill and luck to succeed. You roll five dice, fill your scorecard, and calculate your points. After your turn, your opponent does the same, and whoever scores the highest wins.

If you’re a fan of Checkers, you can play it with your friends while having a conversation on this popular game for iMessage. It’s a turn-based game where you make your move and send it to your opponent. They can then make their move and continue until you lose or win.

Get Black vs White (free)

This next game is an unofficial clone of Cards Against Humanity but just as raunchy. You need a minimum of 3 players to play. You need to choose a black card with a question and send it to two of your friends and they would have to choose a white card with answers. It’s the perfect party game with social distancing.

Get Emoji Against Humanity (free)

It’s a good take on Classic Pictionary and to be honest, the game executes it really well. The objective is to draw a picture and make other the player guess what the picture means. The iMessage game for iPhone looks easy but the words presented for drawing can be extremely difficult to visualize. It’s a head-scratcher, for sure.

Get Draw One (free)

If one game isn’t enough, Gamebytes offers a whole bunch of little games for iMessage in one small package. There are games that you can play with one friend such as Darts, Bowling, Hoop Dash, Basketball, Hangman, etc. Other iMessage games can be played with 3+ players such as Skee Ball, Chicken Flap, Mars Jump, etc. The objective of each game is similar: score as many points as you can and challenge your opponent to find out who wins.

GamePigeon is another game that offers a catalog of little games that you can play from one single app. Just like Gamebytes, it has a number of games with a score-based objective. The games include 8 Ball, Sea battle, Archery, Cup Pong, Mini Golf, Four in a row, dots & boxes, etc.

Anagram is a fun word-based game that you can play with one other opponent and your objective is to spell out a valid word from the given letters. Your opponent gets the same word and whoever gets it right wins.

If you think TicTacToe is fun with friends, Caro takes it to next level. Instead of playing in a 3×3 grid, you play in a 6×6 grid where you have to draw 5 O’s or X’s in a row (or column).

Wordie is similar to Pictionary but instead of drawing the images yourself, you have to guess the word from existing images. The game would show a couple of images with clues in it, you have to infer the correct answer and challenge your friends.

Your Favorite Games for iMessage on iPhone

These were a few of the best iMessage games that I personally enjoy a lot. Even though the overall objective of every game is turn-based, they are fun to play when both parties are enjoying it. That being said, if you have an iMessage game that you love to play, let me know on Twitter.

Must Read: 4 Ways to Show Battery Percentage on iPhone