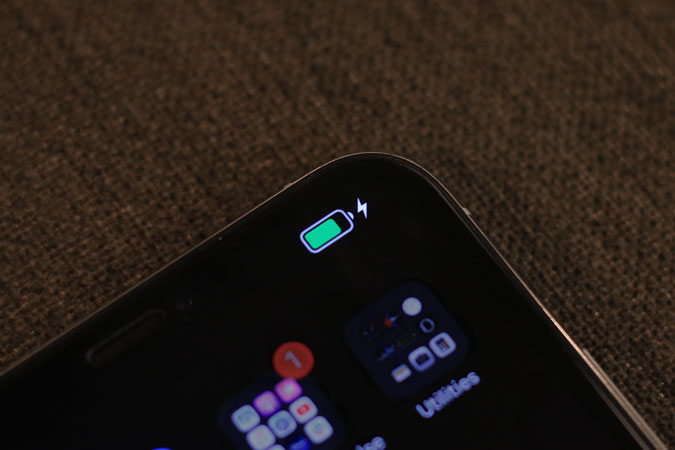 Every iPhone that came out after iPhone X has eliminated one small feature that was extremely convenient. The ability to display battery percentage has been removed due to space constraints, thanks to the notch. It used to be displayed next to where the battery icon sits on the Status bar. It’s a minor problem but I’ve been accustomed to knowing the precise number and that’s why I have made a list of ways to show battery percentage on iPhone. Let’s begin.

How to Show Battery Percentage on iPhone 8 or Older

Ask “Hey Siri, How much battery is left on my iPhone?”

2. Take a Peek at the Control Center

3. Use the Batteries Widget

iOS 14 has brought widgets to our iPhone home screens that allow you to customize your iPhone with different widgets. You can use the inbuilt widgets or download them from the App Store. The first-party Batteries widget lets you view the battery status of not just your iPhone but other connected devices too such as the Apple Watch and AirPods.

The Widget has three sizes: small, medium, and large. If you just want to know the iPhone’s battery percentage, the small widget does that. Medium is for when you have an Apple Watch and AirPods, and Large is for when you have multiple devices such as iPhones and iPads.

To add the Batteries widget to your Home Screen, tap and hold any empty part of the Home screen and tap the + button on the top left. Search for “Batteries”

Choose a widget size that you like. Place it on the screen and if you wish to know more about setting up widgets, here’s a complete guide on that.

There you go. You can now view the accurate battery percentage of your iPhone and other devices at a glance.

4. Use Back Tap to get Battery Percentage on iPhone

With iOS 14 and its newly added features, you get the ability to trigger custom actions by simply tapping the back of your iPhone. You can either double-tap or triple-tap to trigger an action. It works by sensing the tap with the accelerometer and the gyroscope and then triggers the associated action. I also use Siri Shortcuts extensively which allows you to create custom macros to help smoothen your workflow.

I have listed a detailed step-by-step guide on how to create a shortcut and bind it to the back tap action so that whenever you tap the back of your iPhone, the shortcut would trigger and display battery percentage on iPhone.

Start by installing this Siri Shortcut that I have created using this link. Once you have the shortcut installed, make sure to make a mental note of the name as we’d need it later. Now, we’re going to associate it with the back tap action.

Scroll down to the bottom of the page and you will find the Back tap option. Tap to reveal the options and you’d see that there are two actions: Double-tap and Triple-tap. You can bind the shortcut to either of the actions but I chose Double tap.

Scroll down to find the shortcut that we just installed and tap to select it.

That’s it, your action is set up. Simply double-tap the back of your iPhone and you would get a verbal announcement of the current battery percentage along with a notification banner.

These were a few ways using which you can check the battery percentage on your iPhone. While all of the methods are easy, the back tap action may take a couple of minutes to set up. However, once everything is set up, it works like a charm.

How to Mute Calls From One Person on...

What Is Silence Unknown Callers on iPhone and...