Tetris was an instant hit. People all over the world were obsessed with falling pieces of puzzles as if they were building blocks of nature itself. No matter where you did go, which house you entered, you would find a gaming console made just for playing Tetris. The fact that players all over the world are still playing it on their Android and iOS phones is a testament to its insane popularity. I guess the charm will never wear out. Here are some of the best Tetris games for Android and iOS.

Tetris Games for Android and iOS

The blocks are made of light here. This Tetris game for Android and iOS will remind you of the good old days, but with a flash of white light. It is inspired by a Japanese version of the game and is classic in nature, save for the design. It comes with a multiplayer mode and you can play Tetris offline too. 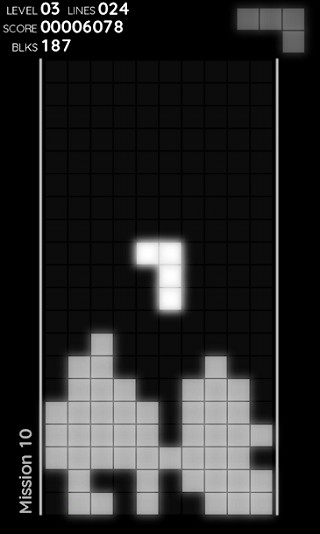 There are a few different game modes (difficulty levels) to choose from. The app is ad-supported but you can remove them with an in-app purchase. The black and white theme adds to the retro effect.

Nothing beats the classic Tetris game which is why Brick Game goes old school and adopts old layout complete with the button style controls. You will feel nostalgia the moment you launch the game and fall in love. Remember when Tetris gaming consoles came with another game called Snake? That’s there too. Two for one. 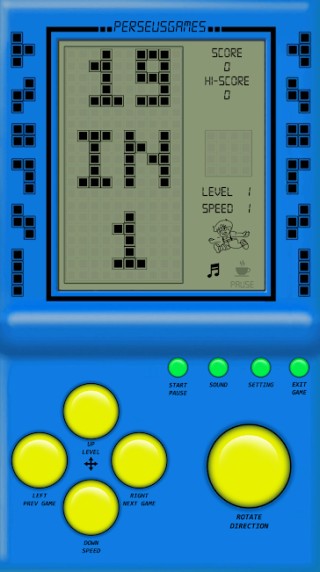 Brick Game is completely free and ad-supported. You can change speed, levels, and even console themes at your will. Other classic games you will find are the tank, racing, and shooting.

Quadris takes a new approach with the Tetris game on Android and iOS. Instead of clearing lines by matching the same color of blocks, you will be matching color blocks to solve puzzles. It’s like a game within a game. You can view upcoming blocks in advance. That gives you time to plan your moves and draw puzzle blocks accordingly. 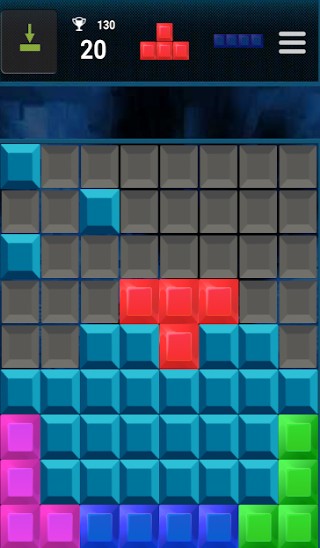 There is a leaderboard so you will know who is ranking where when it comes to puzzles. Puzzles are good for your brain and when you add Tetris to the mix, it becomes even better. The game is free but ad-supported. There are in-app purchases but you don’t need them.

99 Bricks Academy infuses magic and wizardry into Tetris games for Android and iOS. You will be building towers, battling other players in order to protect your brick towers. As bricks are falling from the sky, your aim is to use magic and turn the bricks around in the right angle to create a line. Their aim is to break your tower and mess around with bricks and their angles. 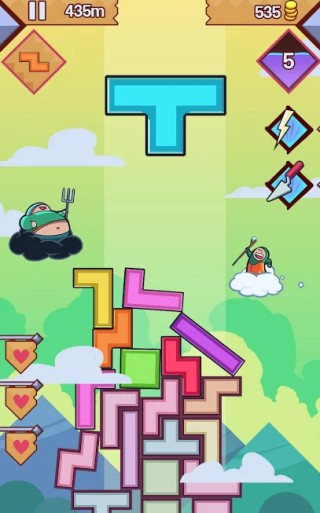 Between all of this, there are some special spells that add special effects, for the lack of a better word, to the otherwise regular Tetris. These will add special powers allowing you to manipulate the blocks in new and interesting ways. Advanced levels will need to be unlocked with in-app purchases.

Block Puzzle inverts the idea of blocks falling from the sky literally on its head. Instead of from up above, blocks will appear at the bottom of the screen and you will have to guide them to the position. This simple change in the game dynamics makes a lot of difference in the gameplay. 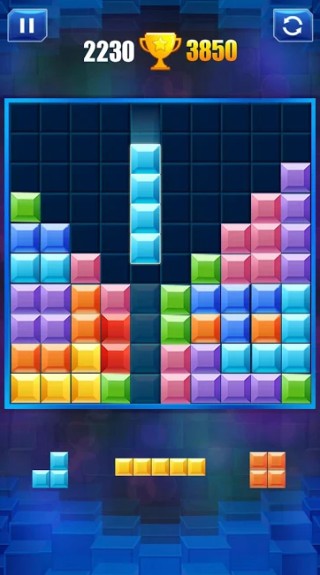 Then there are time bombs that you have to clear before they go off and you lose the game. You can also choose from 3 sets of blocks before the next one is shown. An interesting take on an old Tetris game for Android and iOS.

This is a different Tetris game for a different platform. Block Puzzle is a colorful take on the classic game of Tetris where you are required to create lines from falling blocks. It is particularly popular because there are no ads or even in-app purchases. The Tetris game is completely free. 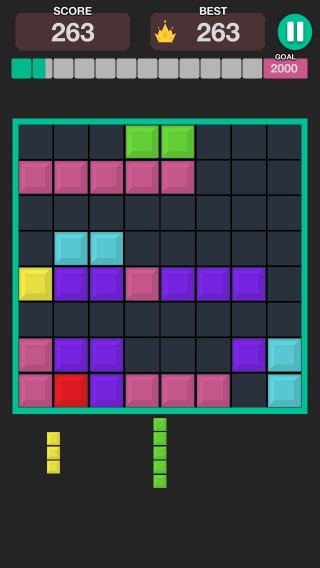 A simpler approach where you don’t have to worry about special powers or effects. Just concentrate on falling blocks as they pick up speed over time. Just like the good old days.

Wrapping Up: Tetris Games for Android and iOS

There are other Tetris games for Android and iOS smartphones available in the Play Store and App Store. These are some of the best ones that I could find and enjoyed playing. Each of the games mentioned above has something different to offer which makes them unique in their own right. Do share with us your favorite Tetris game in the comments below.