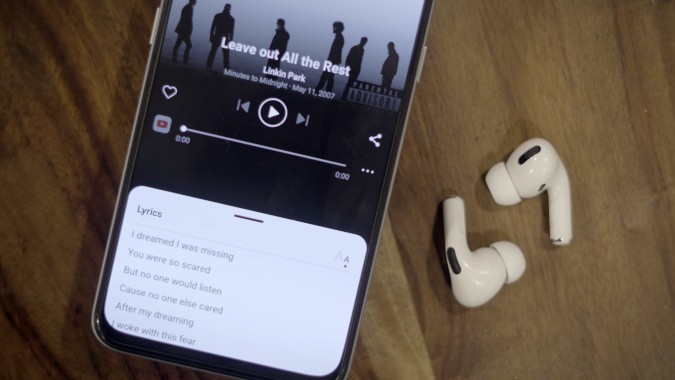 Lyrics are an indispensable part of any music. From genres like rap, which are based entirely on words or metal which for some is a bit hard to understand. Lyrics can be in any form, be it a whisper in a song or a strange accent that you couldn’t understand. Of course, you can always look up for lyrics on Google search, however, you’ll miss out on additional features like auto-scroll, the meaning of the lyrics, floating windows, and the ability to automatically changes lyrics according to the current song playing, etc. That’s why I recommend getting a lyrics app for your smartphone. So if you consume a lot of music, here are the best lyrics apps you can find on Android and iOS.

I use Google Assistant for handling most of my daily chores, whether it’s setting up the alarm or putting the phone on silent. Well, you can also identify a song and further see the lyrics through Google Assistant with the “What song is this?” feature. Simply put your Phone close to the audio source and say – ‘Hey Google, what song is this’. 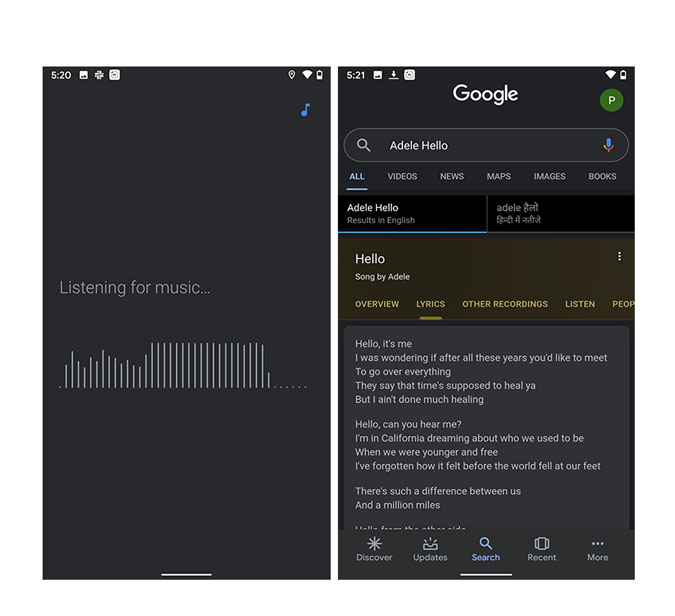 You can enable assistant and ask “What song is this” or click on the icon with the same name. It takes Google a few seconds to process the song and show you the details. While you can’t directly fetch the lyrics to the song, you can check it through the lyrics tab at the top of the search result. It’s not the most viable option for someone looking for a dedicated app for lyrics but if you’re not, this makes it a very convenient way to know the lyrics and other information about the song.

If you’re an Apple user, chances are you use nothing but Apple Music. If you do, with an in-built option you can easily view timed lyrics. 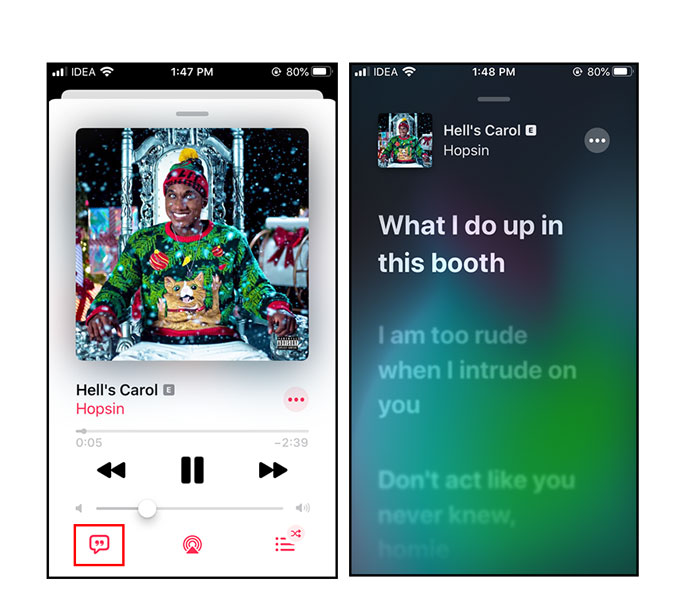 You must have the latest version of the Apple Music app and of-course a subscription. Simply open Apple Music and go to now playing section. You’ll notice a lyric icon at the bottom only if the lyrics are available for the song. It works in real-time, so you can see the words being played on sync. Apple users also have the choice to ask Siri which opens the Apple Music app to display the lyrics.

If you’re looking for an app that not only identifies lyrics but gives you the story behind each word, Genius Lyrics is one of the apps that can pull this off easily. From lyrics to identifying a song, it packs all the necessities that you’d need. 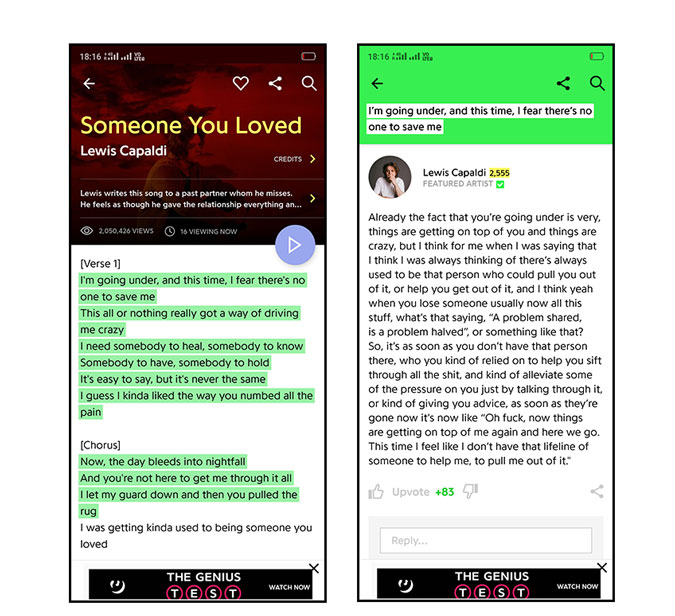 You can also identify the song and see the lyrics or use the search option. However, in my usage, it often can not automatically find the song I am playing on my phone and puts it in my notification tray.

However, the reason, I use this app is because of in-depth analysis of lyrics. When you search for any lyric, you also see annotation along with it. That means that not only the lyrics but the meaning according to users and even the track’s original artists can add their meaning to specific parts of the song. This annotation feature sets Genius apart and I feel it’s so insightful for the listener. You can also upvote the comments you like and share it with others.

Soundhound has been used extensively as an app with a great track identification tool. Besides that, it also has a lyrics section that can be operated with voice commands. You can not only find lyrics by typing in the song or a part of the lyrics but use voice commands as well to find and play songs. 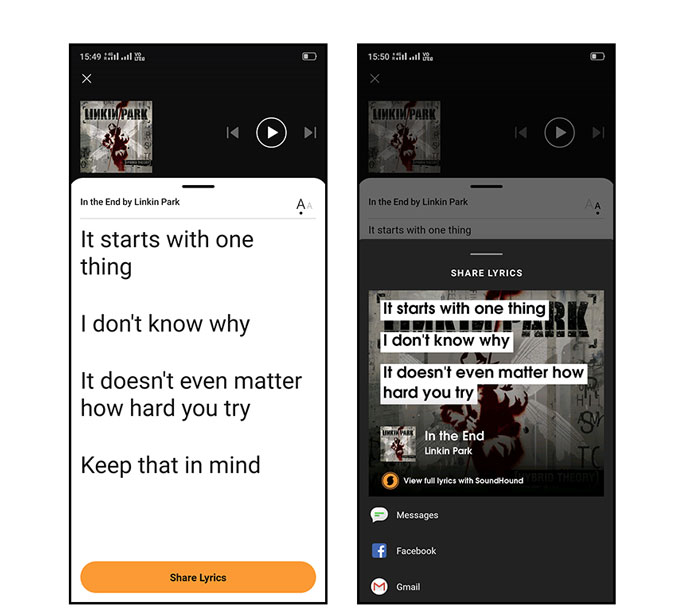 As you play a song, it displays the lyrics in the bottom section. You can swipe up to get a view of the entire lyrics section. In terms of customizability, you don’t have a lot of options. The maximum you can do is change the size of the font from bold to normal. It has an option to share the lyrics but you can’t add or change the background picture or the font style. Another major limitation is its inability to automatically scroll the lyrics as the track progresses when you search in the lyrics section.

While I agree there are some major drawbacks of this app, but if you’re looking for an app that can identify the song, show you the lyrics on one page and also is fluent with voice commands, you should consider Soundhound.

Another app majority of Reddit users prefer for fetching lyrics. It’s open-source and works with most of the music players and online streaming platforms. It sets itself apart by not having intrusive ads like Musixmatch and many others but there is a catch. Rather than paying you can simply watch partner ads to remove ad banners for a day. I feel it’s a fair deal. 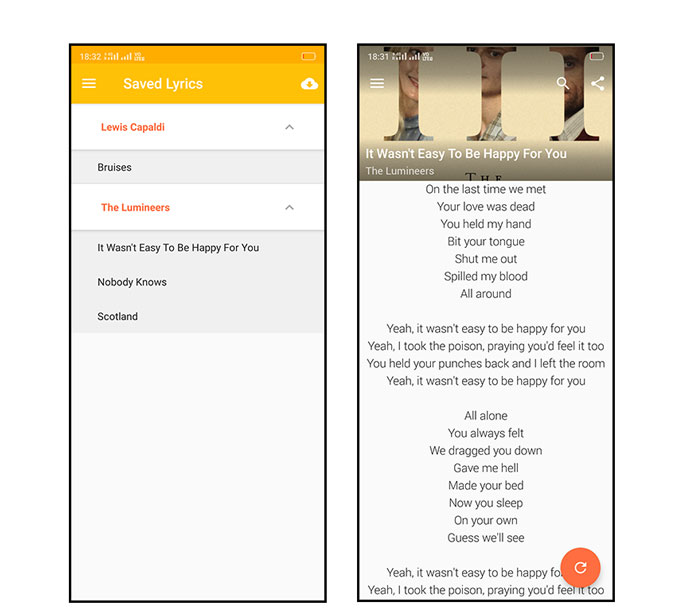 It also supports floating lyrics like Musixmatch but is far more clean in terms of the UI. The lyrics are shown in real-time and play in sync. You can see current lyrics in bold or see the lyrics in full. You can save lyrics for viewing them offline and also see the history of recent tracks. The app is also very tweakable. In settings, you can change the theme, enable night mode, disable floating lyrics and enable the ignore long track feature for people who listen to audio-books and podcasts a lot.

It is a very powerful player and I’ve recommended it before as well. This app introduced me to having lyrics on the screen and it still is my go-to player. It displays lyrics on the cover-art section and has a huge database. In case you find a track with the missing lyrics section, you can add it yourself and submit it. 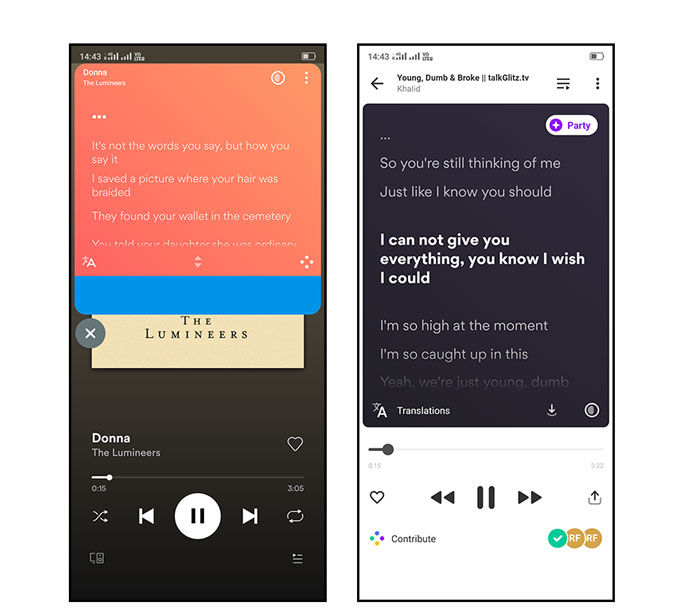 A distinct floating lyrics feature also comes in handy when you consume music from a different app like Spotify, YouTube, Apple Music or even the native music player. Whenever you play a track, it automatically detects and shows you a floating window containing the lyrics which can be minimized. There is an option to tweak the floating window making it transparent and hence less intrusive. It is highly customizable in terms of looks. You can choose the lyric window to be compact or have an extended window that’ll cover the entire screen.

Often lyrics are not in sync, Musixmatch lets you sync and even translate the lyrics to other languages. Further, you can create lyrics card, add custom pictures, add font and share it with others.

Shazam brought the world to identify songs users are clueless about. If it’s an obscure track on the radio and you can’t get it out of your head. Simply Shazam it! 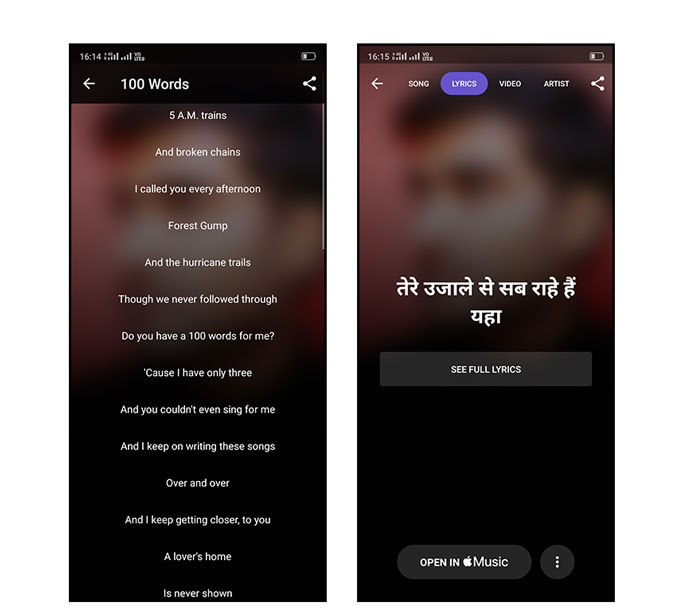 It’s simple and easy. One tap and it shows you the track you’re looking for. There are chances it won’t detect a track but mostly it has never disappointed me. As you Shazam a certain track it shows you the song along with other details like lyrics, video and artist details. Talking about the lyrics section you can see them in real-time and also see an expanded version of the full song. You can use the identify feature in the background with any app such as YouTube, Spotify but it’ll redirect you to the Shazam app to view the details. It does support multiple languages and chances are you’d find the song lyrics in your native language but it isn’t highly dependable.

There are many apps in the list that can fetch lyrics for you. Apps like Musixmatch are an entire package in themselves in terms of playing the music with lyrical integration. Other independent apps like Genius and QuickLyric have a very minimal UI and work across multiple multimedia players, like Spotify, Apple Music, etc. There is also a fair possibility that you don’t want an extra app in your phone but still want to access lyrics, Google Assistant lets you do that with ease. Therefore the choice of the app is highly subjective, so you try and see which one fits your bill. That’s my list of best lyrics apps in Android and iOS. Have you got anything more? Do Comment!