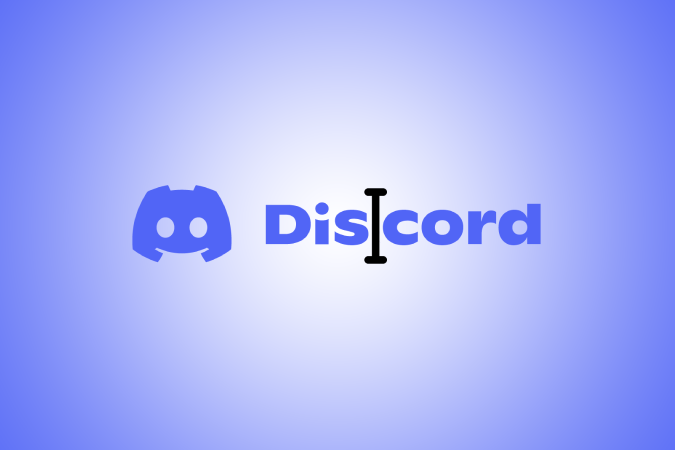 Formatting text adds a flavor to the message we send on Discord. Markdown syntax makes the message look cool and helps it stand out in a sea of text. All of this is possible because of the Discord Markdown language. Here’s how it works. Simply send the message with a few special characters (markdown language) before and after the text to format it. You can use it to make the text bold, underline, strikethrough, code block, or even add a spoiler tag. You can also combine two formatting options like striking through a bolded text. Here’s all the formatting syntax you need to know to make your message read better on Discord.

Let’s start with the basics.

To make the text bold, just add two asterisks(**) before and after the message that you are sending. Here’s an example.

You can also choose to make only a certain part of the message stand out.

Instead of using two, just use one asterisk (*) before and after the text to make it Italic. You can also choose to only highlight a specific part of the message just like in bold.

Underlining text in the chat makes it easy to find important stuff in long messages. This can come in handy at times. On Discord, you can use two underscores (__) before and after the text to underline.

Strikethrough is one of the most commonly used text formatting options in chats. It can be used to point out mistakes or to highlight, say, change in the price. To strike through, use two tildes (~~) before and after the text.

Discord also supports its own code block. Wrap the text in the backtick (`). Similar to other formatting options, you can also use this in the middle of the sentence.

On Discord, this is just going to add a black box around the text to make it stand out.

Discord supports two types of code blocks. While the previous code block only added a black box around the text, the multiline code block will place the code in a bigger box, changes the font style, but cannot be placed in the middle of the sentence. This is a code block that we normally use in many other services.

To use a multiline code block, add three backticks (“`) before and after the text to make it a code.

To use block quotes, you can either use the right arrow once (>) or thrice (>>>) before the text. Both of them work in a similar way. Unlike other syntaxes, you don’t need to use the arrows at the end. Also, make sure you give a space after the arrow for the syntax to work. Here is an example.

Discord doesn’t provide an option to send an empty message. But you can use the bold syntax and add two asterisks (**) before and after the space. This will try to make space bold and send the message which is nothing but a blank message.

Tired of not talking about movies due to fear of spoiling the fun for those who have not seen the movie yet? Now with the help of the Discord formatting command, you can add a spoiler alert for readers before displaying the message. They can only see it if they are willing to open the message. That way, you can now talk about anything without worrying about spoiling the experience for your buddies.

To add a spoiler alert, just use two vertical bars (||) before and after the message.

This will cover the spoiler part and only people who click on the blocked text will be able to access that hidden part.

Color formatting isn’t an official feature by Discord. But there are clever workarounds found by community members. As highlight.js runs in the background of Discord, it enables us to add some color to the text we are sending.

Unlike other syntaxes, changing color is cumbersome and confusing with different syntax for different colors. Here is the syntax for some of the commonly used colors.

To make the text green, use backticks and diff just like in the case of red. But use this plus (+) symbol before the message like this.

For Blue, use ini syntax after the backticks and wrap the text in square brackets.

There isn’t any in-built way to change the font on Discord. But you have a small workaround that is fairly easy to use. There are a plethora of Discord font generators like Lingojam and Bigbangram. You can use such tools to change the font.

Just enter the message on those sites. They will show you the same message in different fonts. Copy the one you like and paste it in Discord chat to send it.

You can actually combine more than one syntax together. For example, you can strike through the bold text like this.

Similarly, you can combine as many syntaxes as you can. Make it bold, italic, and underline at the same time. Change the font, color and send it as a spoiler, etc.

You can use some formats without using commands in Discord. Just enter the message and select the text you want to format. This will open a pop-up menu with options to make the text bold, italic, strikethrough, blockquote, code block, and even make it a spoiler. Anyhow, these Discord shortcuts will just add markdown syntax to the message automatically.