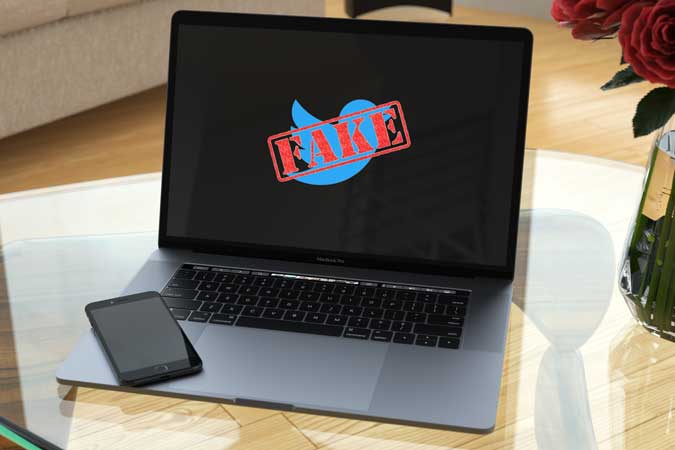 Memes have evolved from being crudely drawn faces to Twitter screenshots. More often than not, these screenshots from celebrities, iMessage chats, funny Facebook profiles are fake. These are created for just that, entertainment and karma. If you’ve been wondering how to create those humorous screenshots, here are a few of the best fake social media generator apps. Let’s check those out.

All of the services listed below are intended to be used in a light-hearted manner. I, in no way, condone the use of the services for creating malicious content with the intent of spreading misinformation. In short, be reasonable and responsible.

Faked is a social media generator app that lets you create entirely fabricated chats on various messaging apps. The app lets you create fake posts, fake profiles, fake news, and fake chats. You can generate conversations for WhatsApp, Facebook Messenger, Instagram DMs, and SMS. Along with that, you can change the name, and the Display Picture of your fake contact as well, making it look plausible. However, there always stays a watermarked “faked” text on the top which gives it away.

Faked is free on the Play Store and has ads.

InstaPro lets you create fake Instagram accounts complete with fake followers, posts, and likes. Once you have created a profile, it is easy to begin adding posts and customize the caption, like, and comments under that post.

InstaPro is free on the Play Store and has ads.

Twitter Style Memo is a handy fake social media generator app that lets you create fake tweets on your Android smartphone. The app doesn’t just give you a template that you can edit but looks and feels like Twitter too. You can edit your profile, customize the number of followers, and tweet with a custom level of engagement.

Twitter Style Memo is free on the Play Store and has ads that you can remove for $5.

for creating fake calls and messages

Fake All is a fake social media generator for iPhone instead that lets you create fake calls, messages, and WhatsApp chats in an instant. Whether you want to generate one for social media or get a call to get out of an awkward gathering, this app does it all. You can create a fake call from anyone and set a timer. As soon as the timer goes off, you’d get a call which you can even pick up and pretend to talk.

Apart from that, you also get the option to create fake message notifications and fake chats in WhatsApp and Messenger. Fake All is free and has ads.

Get Fake All (free, ads)

This next app lets you generate fake Tinder profiles with comprehensive details. You can add multiple photos, bio, work, age, distance, and even get an “It’s a Match!” screen. The app is really precise and gives out impeccable results. It is free and ad-supported.

Social Dummy is an all-in-one app that can generate a fake social media screenshot of almost any app that you may want. You can create fake Twitter, iMessage, Instagram, YouTube, Facebook, Tumblr, Snapchat, FaceTime, WhatsApp, Call, Spotify, Netflix, Safari, and even the Lock Screen.

The app is free on the App Store and you can unlock unlimited posts with in-app purchases that cost $1. One of the most diverse fake social media generator apps.

Prankmenot is a web service that allows you to create fake tweets and Facebook posts. The interface is simple. You get all the controls on the left that allow you to feed information. For example, when creating a fake tweet, you would be able to change the DP, edit the tweet body, change the username, and even set the date.

Similarly, you can control every aspect of the fake Facebook status including comments, likes, friends, etc. Once you’re satisfied with the fake tweet or post, download it to your computer and share it on your real social media profile. Prankmenot is free.

This next service offers quite a few different tools to generate fake posts for Instagram, Facebook, Snapchat, and Twitter. Instead of offering to create posts, GenerateStatus can also create fake profile pages and fake chat conversations in the respective apps.

GenerateStatus does an exceptional job at offering you fine control over every aspect. You can change the menu buttons, dates, tags, links, names, etc. Generatestatus.com is completely free.

Yahoo Answers is a community-driven Q&A site where people ask genuine questions and receive insightful answers. However, there have been times when people have found hilarious answers to stupid questions. Simitators offers an easy way to simulate that and create a fake scenario with funny answers.

You can change the question, customize the best answer, create a headline, and add votes to the answer. Along with Yahoo Answers, Simitators also lets you create Facebook and Twitter posts. It is free.

10. Zeoob- All in One Fake Social Media Generator

Zeoob is an all-in-one website that lets you generate fake posts and chats for Snapchat, Twitter, Facebook, iMessage, WhatsApp, and Instagram. The interface is really polished for not only web but also mobile views. I mainly use it to create iMessage chats where you can change your carrier, name, timestamp, header, footer, and chat bubbles.

Zeeob recreates the fake social media posts flawlessly and you can easily save the final screenshots to your computer with a click. It is free.

How Do You Use Fake Social Media Generator

These were a few apps and services that you can use to create fake social media posts and chats. I’ve tried to cover every popular messaging and social media app but if I’ve missed something then let me know by shooting a tweet at me.

Must Read: Best Emoji Maker Apps for iOS & Android in 2020