Home » Internet » All About Firefox Android Browsers and Which One Is For You?

All About Firefox Android Browsers and Which One Is For You? 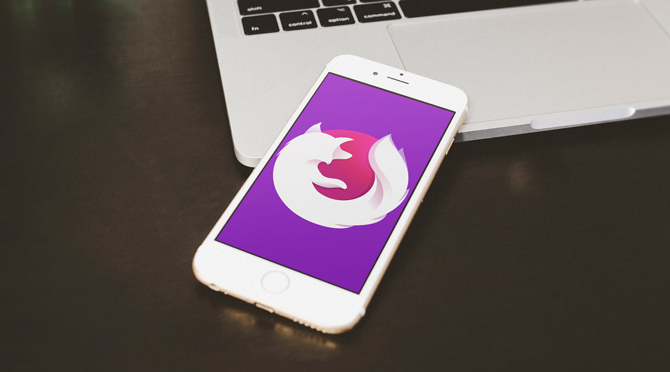 Unlike Google Chrome, Firefox has several browser offerings for Android such as Firefox Focus, Firefox Lite, Firefox Nightly, and so on. With so many options available, sometimes it get difficult to pick the right one. Well, here’s a simple breakdown of every Firefox Android browser and which one’s for whom.

All About Firefox Android Browsers

Best For: Anyone looking for a Google Chrome Alternative.

Among all the web browsers from Mozilla’s, Firefox Browser is the closest one to the Chrome browser.

In addition to that, the Firefox browser supports add-ons even on mobile. Add-ons are Mozilla’s equivalent for Google Chrome extensions.  So, you can install the usual adblocking as well as tab-management add-ons that you use on your desktop. Moreover, the best reason to recommend Firefox Browser is “Open Tab sync”. This feature enables Firefox to sync all open tabs on your browser throughout devices. So, for instance, I am reading an article on Firefox mobile but I can quickly hop on to my laptop, open the same tab, and continue reading on Firefox desktop.

Best for: Long-term Firefox users who want to try new features with stability

True to its name, Firefox Beta is the beta version of the regular stable Firefox browser.

Compared to the stable variant, the new tab menu on Firefox Beta looks gorgeous and minimal. It also has Dark Mode and a bottom-facing toolbar. In terms of privacy, it has enhanced tracking protection. It is set to “Standard”, by default but if you move to “Strict”, it blocks ads and pop-ups as well. So, you wouldn’t need an ad-blocking add-on on Firefox Beta. Moreover, it also supports “Scan” to pair devices instead of logging in with Email ID & Password.  Other changes include easy to access Synchronized tabs, Collections, etc.

Firefox Beta is updated once in a week.

Best for: Web developers and testers

Firefox Nightly is a step ahead of Firefox Beta. It has all the bleeding edge features of the Mozilla browser and is updated every night. It’s mostly aimed at Beta testers and developers in order to test their web apps and new features. Bug reporting and testing is the main purpose of Nightly build.

Firefox Nightly is updated every night.

As the name suggests, Firefox Lite is a scaled-down version of the standard Firefox Browser. The app size is under 8 MB and has “Turbo Mode” which offers faster-browsing speed. You also get the option to disable image-loading to further boost webpage render time. It has the same level of tracker protection as Firefox Browser. Having said that, it does miss out on a couple of things – Firefox login, open tabs sync, etc. Surprisingly, Firefox Lite also has built-in games that you can play on the browser.

For a better perspective, I tried to load a bunch of websites on both the browsers and benchmarked them below. The loading time is in seconds.

Lite does edge Firefox by a margin. It’s quite evident that Firefox Lite loads the websites quickly. However, at times, it does compromise the website look for speed.

Firefox Focus is for extremely privacy-focused individuals. For starters, Firefox Focus opens only in Incognito mode. This means there’s no browser history (delete on exit) or server data at all. In addition to that, it blocks all types of trackers (ad, analytics social, content, etc). You also get the option to block Javascript, web fonts, etc. In case you don’t know, canvas fingerprinting is a unique way of identifying users based on font styles, background color, etc. Now, now disabling web fonts, javascript would help combat canvas fingerprinting up to some extent.

Firefox Focus allows you to open only 1 tab at a time. However, if you set Firefox Focus as your default Android browser, it provides you the option to open new links in a separate tab.

Best for: Every Firefox user.

Firefox Lockwise isn’t a web browser, rather a password manager available for Android.

The best thing about Firefox Lockwise is that it integrates well with other Firefox browsers and most importantly Firefox Monitor. Firefox Monitor is a web tool that helps detect password breach. It’s a free online tool and you can simply visit it to verify your email ID integrity. But, it syncs pretty well with Lockwise and makes it a unique offering.

Firefox Beta seems to be the ideal choice now considering the version gap between stable and beta. Additionally, I use Firefox Lockwise and I would recommend it to everyone irrespective of whatever browsers you use. For more issues or queries, let me know in the comments below.