Home » Internet » Grammarly vs Ginger: What Spelling and Grammar Tool Should You Use?

Grammarly vs Ginger: What Spelling and Grammar Tool Should You Use? 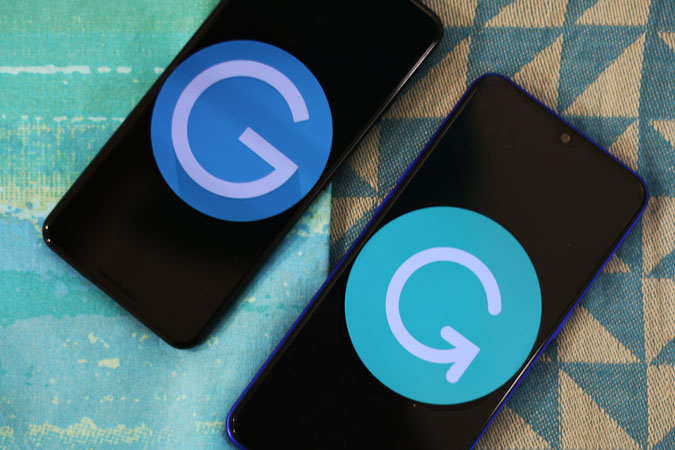 Grammarly needs no introduction—it’s so firmly entrenched itself as the grammar and spelling checker of choice that chances are, you’ve already used it to clean up an assignment or article submission. It is the bigger player relative to Ginger but it has its own advantage and limitations that you’ll need to understand before making an informed decision. Let’s have a look at how Ginger and Grammarly stack up against each other in terms of feature sets and core technology.

Pro Tip: After writing something, use the read-aloud functions in Mac and or Windows Word. Hearing sentence helps to quickly fix the error.

Grammarly has tight integration with browser extensions, web app, and desktop and mobile apps: Whether you’re writing a blog post on WordPress or writing an email in Gmail, Grammarly’s smooth integration means that spelling and grammar checking just become of a part of your product experience and not a separate, standalone task. What’s particularly convenient is that much of Grammarly’s functionality is retained even when you’re working with a textbook in another platform—you rarely have to go to a dedicated Grammarly page or window to check material.

Much like Grammarly, Ginger also has a web app,  Chrome plugin, Windows app, and keyboard for Android & iOS, however, they have limited in-window functionality: Ginger requires that you head into the “Ginger Editor” to make the most use of its features. Also, Ginger doesn’t have a Mac app yet.

Winner – Grammarly has better integration with other programs

Grammarly offers free grammar, punctuation, and spell-check. However, many of its premium features are locked behind a paywall. Grammarly does have deep style criticism and plagiarism checking functionality but every time you get something checked, it’ll remind you of how much more you could get done with its premium offering. This is often frustrating because, while Grammarly is a complete package for spelling, style, and grammar, the free version has so many limitations that you’ll often end up using other tools—free alternative plagiarism checkers for example—just to get past its limitations.

Another Grammarly recent update will allow you to write clear and better sentences, by highlighting the potential mistakes in four different colors (red, green, violet, and magenta) to underline words that Grammarly believed can be improved. However, most of these features will be available to Grammarly premium users only.

Ginger’s free tier simply offers a wider range of functions out of the box. Even if it doesn’t have tight per-app integration, Ginger’s big advantage is that it has recently been made free to access for all users, with a separate business-oriented premium subscription. Ginger’s biggest advantage over Grammarly—and one area where the latter can’t compete at all—is its support for over 40 languages. While it offers a more simplistic spelling and grammar checking experience, Ginger is useful for non-English writers, which cannot be said for Grammarly. That rephraser tool is a lifesaver when you want to convey a particular message but the way you’ve written it just doesn’t look right.

There is a drawback to Ginger’s free tier, though. While it doesn’t rub its lack of functionality in your face like Grammarly does, Ginger’s free tier doesn’t actually provide you with unlimited access. You have a weekly limit in terms of material that it checks. If you pass the limit, Ginger will still indicate where you made a mistake but you’ll have to rectify it on your own. That being said, it’s great to have premium features like Ginger’s sentence rephraser available without having to pay extra, even if you don’t get unlimited use.

Who Wins? We’re giving this one to Ginger. While Ginger is rougher on the edges in this respect, the free tier offers so much more and is genuinely feature-complete. If you’re looking for a plug and play experience, it’s Grammarly all the way here, but Ginger just offers more.

Grammarly Premium subscription is quite expensive for new writers starting at $29.95 per month but, they really want you to try their annual subscription which costs $11.66 per month, billed as one payment of $139.95.

Whereas the subscription cost of Ginger is quite reasonable—just $60 a year or $11.98 when billed monthly, which is quite a bit less than Grammarly.

Winner – Ginger, without a doubt.

Grammarly’s advanced AI and NLP chops put it head and shoulders above Ginger in terms of technical capability. Grammarly’s use of advanced artificial intelligence and natural language processing give it a substantial boost over competing grammar and spell-checking solutions. NLP allows machine learning algorithms to go through large sets of written text and understanding intuitively how writing works, contextually. This is key to Grammarly’s style critique functionality as the NLP system “knows” that you need to work on your style based on its reading of your text. Because machine learning systems get better as they process greater and greater quantities of data, you can expect Grammarly to become increasingly accurate and feature-rich as time passes, which is exactly what we’ve seen.

While it has error and style analysis functionality, Ginger’s tech is nowhere near as comprehensive as Grammarly’s AI-based style critiquing. Moreover, Ginger’s error analysis is behind the premium paywall—while it lets you know how to fix grammar and spelling issues, you’ll have to subscribe to Premium to gain insights into what’s actually wrong with your writing. Relative to Grammarly, it’s simply not as advanced technically—Grammarly uses bleeding-edge NLP- based machine learning algorithms that look at text in the same way that a human proofreader would. Ginger’s homepage makes no mention of the actual technology in use: If it’s a rules-based system for spelling and grammar, it’s fundamentally limited in terms of what it can accomplish relative to Grammarly.

In addition to its advanced AI-based critiquing capabilities, Grammarly’s human proofreading option is a premium value-addition that gives you a final level of assurance about your content. Grammarly isn’t transparent about per-word rates here but as long as they’re lower those for professional editors, you’ll get a great deal, especially if you’re only sending in small snippets of text to be examined. This is a feature Ginger just doesn’t offer.

Winner: Grammarly—Grammarly’s AI and NLP-based solution is unmatched and, best of all, has the potentiall to grow and improve itself over time. It’s significantly more flexible than Ginger’s approach and, given enough time, it will likely sort out its rough edges by itself.

Grammarly does sophisticated analyses but at the cost of greater inaccuracy—Ginger does less but gets it right more consistently Coming from experience writing fairly technical and niche content, I can attest to the fact that Grammarly can throw plenty of false positives. We’re not talking about MS Word spellchecker levels of stupid here, but when you’re writing a highly technical passage, Grammarly can incorrectly flag certain words as being misspelled or call you out for style issues in contexts where it makes sense to write more formally. This tells us that Grammarly’s AI engine is trained around a particular, general-purpose style of written English and while that’s a great reference point for day-to-day writing, it can make it painful to use if you’re writing technical material.

Ginger, on the other hand, actually makes fewer errors overall and this is because of its simpler model: It just looks at spelling, punctuation, and basic style so it doesn’t have to draw potentially wrong inferences about your writing style and then criticize you for them.

Winner: Ginger—Grammarly does more, that’s for sure. However, this comes at the expense of greater inaccuracy when it’s evaluating content.

Which one should you choose?

While they may seem very similar at a distance, Ginger and Grammarly are different products that are each suitable for different kinds of users. Grammarly is the default tool of choice. If you’re a professional writer, chances are your organization already has a Grammarly premium subscription. In that case, there’s no point in shelling out extra for a different solution: Grammarly’s the way to go. If you’re a home user, though, and you’re concerned specifically with spelling and grammar, Ginger might make a compelling alternative. If you’re struggling to put your thoughts into words, the rephrasing tool that’s available in Ginger can be a useful guide. Both have their drawbacks: Grammarly’s more expensive, while Ginger is based on a less advanced technology platform. At the end of the day, the decision is yours!