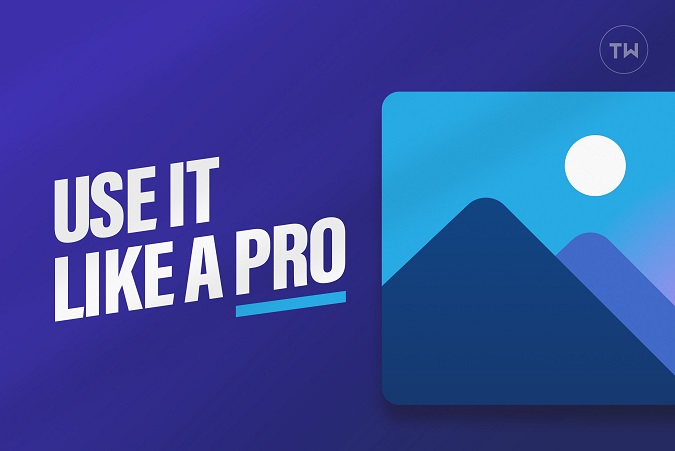 Don’t go by the name photos in the app. The default gallery app on Windows 10 can handle any kind of video and it has a neat video editor built-in as well. Let’s start the list with one of the best Microsoft Photos tips – the OneDrive integration.

OneDrive is Microsoft’s cloud storage service, and it nicely integrates with the Microsoft Photos app. If you are invested in the Microsoft 365 platform, it’s a no-brainer for you as all the Microsoft 365 plans come with 1TB of OneDrive storage. Compared to Google Photos, it makes more sense for Windows users to store photos on OneDrive.

You can enable the OneDrive integration in the app and view all the uploaded photos and videos in a single place.

1. Open the Microsoft Photos app on a Windows computer.

2. Click on the three-dot menu at the top and go to Settings.

3. Enable Show my cloud-only content from OneDrive toggle and within a few minutes, you will see photos and videos from the OneDrive app in the Microsoft Photos app.

Microsoft Photos app displays all the OneDrive photos gallery with a small cloud icon over the media.

Similar to Google Photos and Apple Photos app, the Microsoft Photos app also has facial grouping technology. It allows the app to find people in your photos and videos.

Don’t worry about privacy though. All the facial grouping data will be stored on your device.

2. Scroll down to Viewing and editing and enable People toggle.

Go back to Microsoft Photos home and you will see a progress bar on the search bar at the top. The app is currently scanning through your photos and trying to identify people in them.

At any point, you can go back to Settings and disable toggle. Microsoft will delete the data from the device.

Microsoft Photos allows you to add local folders in the mix as well. From the Settings menu, you can guide the app to look for local folders stored in the File Manager app on Windows 10.

The Photos app does come with several photo editing capabilities. It is good enough to add some filters, make adjustments to image lighting, change aspect ratio, or crop the photo.

While editing photos, you can also draw on them and add 3D effects such as rain, and more.

You can select a bunch of photos in the Microsoft Photos app and click on the New video menu at the top.

Do you know Microsoft has a powerful video editor built-in with the Microsoft Photos app? You can easily import a video into the app and start editing videos.

Professionals should stick to their current setup with Adobe Premiere Pro or any other similar software to edit videos.

While you can always create photos albums using OneDrive web, the whole experience and implementation are much better in Microsoft Photos.

Select a bunch of similar photos in the Microsoft Photos app and select Add to at the top. Select New Album from the context menu. Give it a relevant name and the folder will sync with your OneDrive account.

Are you spending most of your time in Microsoft Photos at night? You can enable the Dark theme from the Settings menu and give some rest to your eyes and avoid putting too much strain.

We are sure you are going to adore the default video editing capabilities in the Microsoft Photos app.

After making an awesome video in the Photos app, if you are having problems with the video export, you need to make a small tweak in the settings.

Microsoft has nailed it with the default gallery app on Windows 10. OneDrive integration is spot-on. We hope to see a similar Microsoft Photos app for Android and iOS in near future. OneDrive Photos tab works fine but a native OneDrive-powered gallery app can add more value to the end-users.