19 Best Paid Steam Games for Mac You Should Buy 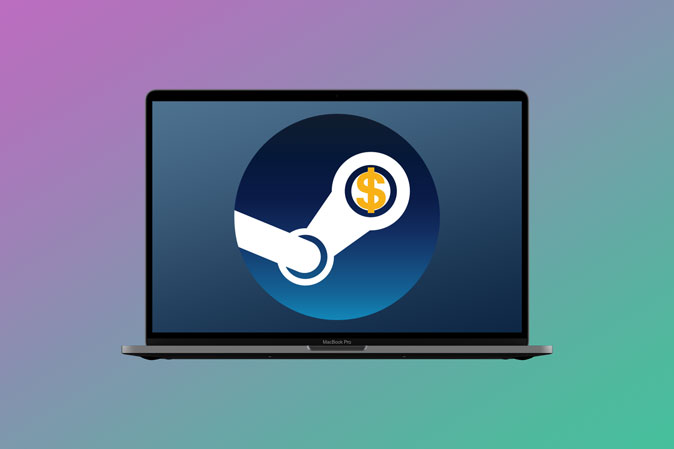 Anyone who buys a Mac doesn’t have gaming as their first priority because of the stereotype that Macs aren’t good for gaming. However, this isn’t true because you can find hundreds of titles that run flawlessly on a Mac. While Windows reigns supreme, Steam has a huge catalog that offers memorable titles that would keep you glued to the screen for hours. Here are all the paid Steam games for Mac that you should buy now. Let’s check those out.

Note that the recently launched M1 Macbook has shown some promise in the gaming arena. While Apple has enjoyed a lot of success in iOS gaming, macOS was largely given a skip but it seems that things are going to change now. As we wait for the next iteration of Apple’s new revolutionary M chip, let’s take a look at what Steam games we can play in the meanwhile on existing Macs.

This was one of the first games that I ever played on a PC and it’s still one of the most remarkable games ever made. The graphics are a bit dated by 2021’s standards but the storyline, soundtrack, and action-packed levels would keep you on your toes. It’s the sequel to the adventures of Dr. (Mr.) Freeman in a world taken over by Combine. Your objective is to walk through different ruins on the map, gathering supplies and advancing the plot. By the time you finish the game, you’d have fought countless alien soldiers, destroyed countless institutions, and smashed a ton of facehuggers. It’s an absolute banger.

Baba Is You is a mind-melting indie game that would have you tear your hairs out. It’s a grammar-based puzzler that has its own set of rules. Your objective is to beat levels by moving objects strategically. You can manipulate objects by forming phrases, making coherent sentences, and breaking the world. The Steam game for Mac would seem easy at first but there are some levels that I haven’t conquered to this day.

Nova Drift is inspired by the classic space shooter genre and adds an element of strategy to the action-packed game. The game has a comprehensive player choice to customize your avatar to a T and create theories for optimal gameplay. Unlike other RPGs, it’s not slow and everything takes place really quickly which forces you to make decisions on the fly. The graphics are decent and the mechanics formulate a randomized level that keeps the excitement alive.

The Tomb Raider franchise takes you on various adventures as Lara Croft, the badass and highly intelligent archaeologist. SOTTR is a demanding Steam game but if your Mac meets the requirements, you’d get to explore ancient ruins, solve intricate puzzles, and discover the deadliest tombs. The game masterfully integrates the sound of natural elements and the jungle and the graphics will pull you into the storyline.

Euro Truck Simulator takes you on a journey across the cities of Europe where you drive a truck and deliver cargo. The game has detailed maps of more than 60 cities, the option to customize and enhance your truck and create your own fleet. You can hire new drivers, buy new trucks, expand your garages, and maximize profits at your company. More importantly, you get the most real experience of the roads, famous landmarks, and iconic truck horns.

Mini Metro is an incredible strategy-based Metro network simulation Steam game available on Mac that is both calming and anxiety-inducing at the same time. The game starts off with a simple map with spaced-out stations that need to be connected to each other. However, as the city grows, the congestion worsens and your job is to optimize the traffic flow and ease blockages. The calming music is perfectly ironic for the situation that requires a lot of action.

Creating a realistic 3D model is hard enough, making hundreds of those models fight in real-time is what TABS offers. TABS lets you create and fight battles with soldiers, elephants, huge birds, and everything in between. You get 100+ wobblers that fight for you in the battle and you can always create more. You can play the game in campaign mode, multiplayer mode, or even in sandbox mode. TABS is an all-around fun game.

Inside is a beautiful platformer game that offers breathtaking gameplay of around 7 hours. You play as a little orphan boy who has just escaped from the orphanage. The objective of the game is to advance the plot to reveal the sinister secrets and solve mysterious puzzles. Taking advantage of darker gameplay, the game hides a lot of subtle details that make it worth it when you eventually figure it out.

Most games have crime as a small part of the narrative but Thief Simulator is dedicated to the art of burglary. You play as a budding thief that scopes out potential houses for plundering. Not only you’re going to find potential houses, but you’d also plan, wait for occupants to leave, use tools, apply quick thinking to undo locks. The popular but paid Steam game for Mac is as real as it can get which would easily land you in jail.

Portal 2 is the successor to the award-winning game, Portal. Made by Valve who also developed Steam client, Portal 2 boasts incredibly realistic graphics, and true to life physics engine. You play as the only human test subject in an abandoned research facility where you need to solve puzzles. Your main choice of weapon is a portal gun that can simulate an instant portal. Use that to defeat the evil robot and be free, that’s the game. It’s hilarious and fun.

Hollow Knight is a masterpiece in its own category of 2D platformers. You play as the cute yet fierce warrior, the Hollow Knight, who is on an adventure to explore the world of Hallownest. Your avatar is equipped with swords and many different skills that you would unlock on the way. The original soundtrack and the game design are what make the game such a delightful experience.

Remember the classic cartoons such as Popeye, Mickey Mouse, Tom and Jerry, and many others from the era of hand-animated entertainment? Cuphead takes inspiration from that and builds an incredibly fast-paced run and gun Steam game for Macbooks. It is incredibly brutal when it comes to gameplay as the boss fights never seem to end. Although the animations look from a bygone era and the audio feels less refined, all of that is done to bring you deep into nostalgia and then blow you away with the seamless adventures and action-packed boss fights. You’re going to love it.

Dying Light is an open-world survival Mac Steam game where you switch back and forth between hunting zombies and running for your life. The game follows day and night mechanics to simulate a day and you need to be extra careful during the night. You can use objects in your vicinity to your advantage and fend off the deadly zombies with your skills. There are different modes such as creative combat, a 4-player co-op, and a huge map to explore the surroundings. If you’re a fan of killing zombies, it’s a no-brainer.

Omori is a Steam RPG game for Mac where the world is full of manifestations of concepts such as psychological horror, depression, anxiety, etc. Omori’s theme is adult and deals with trauma and if you suffer from any of those, you should probably skip it. Others would surely enjoy the storyline that takes you on different paths based on the choices you make.

Imagine a game between Portal and Baba Is You. Typo is a unique puzzler where you play as a character in a lab trying to get past a level. You need to avoid obstacles by creating objects with letters that you can use. The unique aspect is that if you type the wrong word, a completely different object would manifest and you’d have to deal with the consequences.

Building on the Subnautica universe, Below Zero is a sequel to the underwater adventure game that takes to the depths of the oceans on an alien world. The storyline explores the mystery of the existing alien life-form on the planet and makes you question your own commanders. The graphics absolutely nail the underwater fauna and the advancing plot makes you interact with your surroundings to build shelter and scavenge for supplies.

17. There Is No Game: Wrong Dimension

A strictly point&click adventure Steam game for Mac users that doesn’t take itself seriously and constantly gaslights you is how I would describe the game that arguably doesn’t exist. You are forced to play with just the mouse which is pretty unconventional but that isn’t all, the game has a pixelated graphic choice and full of quirky commentary that almost feels condescending. The levels are a collection of mini-games that have no connection to each other except that they exist in one comedic universe. Also, it’s not a bug, it’s a feature.

What do you get when you combine EVE from Wall E with Inside by Playdead? ATOM is a side-scrolling platformer that is inspired heavily by Inside in terms of graphics and design choice. You play as a robot that has been sent to Earth to find out if the planet is habitable again. On this journey, you explore the surface and piece together the fragments of the past and how it all went south. It’s a fantastic premise.

19. The Most Boring Life Ever

This game is precisely for those people who miss their boring routine that was called life, before the pandemic. You would play as yourself, albeit digital where you can go about your day, get stuck in traffic, sit in a cafe, click away your entire work-day, and wait for a pot to boil over. You know the daily grind which you would love very briefly.

What are Your Favorite Paid Steam Games for Mac

These were some of the best paid steam games for mac that you can buy if you’re looking to burn some time. The games list has a healthy mix of indie titles and cult classics that are loved by thousands of gamers. Some of my absolute favorites are Half-Life 2, Portal 2, Cuphead, Baba Is You, etc. What are your favorite paid steam games? Let me know on Twitter.