How to Set up Google Drive on Windows and Mac 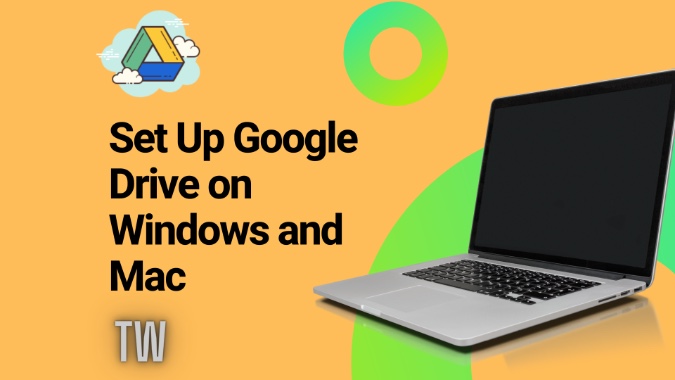 Google used to offer two apps for Drive desktop users. Backup & Sync for consumers and Google Drive File Stream for enterprise customers. Each app offered something over the other. For example, Backup & Sync carried Google Photos integration while File Stream had files on-demand sync service. The new Drive for desktop app is an effort to fix that and some other issues while offering some new features. But how do you set up the new Google Drive app?

Set Up Google Drive on Mac and Windows

After creating confusion between the two, Google decided to merge two apps unifying the functions from both software. The search giant finally launched a single Google Drive app for Windows and Mac with all the bells and whistles from existing apps. Here’s how to set up and use Google Drive on Windows and Mac.

Set up Google Drive for Desktop on Mac

Unlike iCloud and OneDrive, Google Drive offers a generous 15GB of storage, to begin with. It’s one of the factors contributing to Google Drive’s popularity among Android and iPhone users.

Follow the steps below to set up Google Drive on Mac.

1. Visit Google Drive on the web.

We won’t access Google Drive files from the web version, instead, we will download the native app on Mac so that you don’t have to go through the cumbersome Google Drive web experience again.

It weighs around 300MB so do use a fast internet connection to get things done.

3. Identify the file from the Downloads folder on Mac and install the app on the device. Follow the on-screen instructions to successfully install Google Drive on Mac.

The company adds Google Drive as a network location on Mac. You will find the app icon on the desktop. Double-click on it to open.

5. Google Drive will ask you to use Google account credentials on Mac. Sign in with your Google account and it will take you to the Preferences menu.

6. Select My MacBook and you can specify which local folder you want to sync from MacBook to Google Drive.

From the Google Drive sidebar menu, you should select the Stream files option that will store all My Drive files in the cloud only. Meaning, you can view all your files from Google Drive on Mac, but it won’t take any space. You can download only files that you need for offline usage.

Lastly, you will be able to access and see My Drive from the Finder menu on Mac.

Also Read: How to Clear Space on Google Drive

Set up Google Drive on Windows

Unlike Drive for desktop’s Mac app, the Windows version isn’t available on Microsoft Store. You will have to rely on Google Drive web to download and install the app. Here’s how to set up Google Drive on Windows.

1. Visit Google Drive on the web on your Windows machine and download the .exe file.

2. Go through the usual installation process and integrate Google Drive on Windows.

The little cloud icon under the file or folder indicates that the file is stored in the cloud and whether it’s taking any space on your computer or Mac. You can right-click the file that you need and select offline access to download it on the device.

Wrapping Up: Set up Google Drive on Windows and Mac

Google Drive doesn’t offer deeper integration that you get to enjoy with iCloud on Mac or OneDrive on Windows. But it’s good enough to cover consumers’ needs and with file-on demand function, it’s better than ever. It will be interesting to see how Google takes the Google Drive experience on desktop further with future updates.