Home » Android » 10 Best Features of Android 12 You Should Know

10 Best Features of Android 12 You Should Know 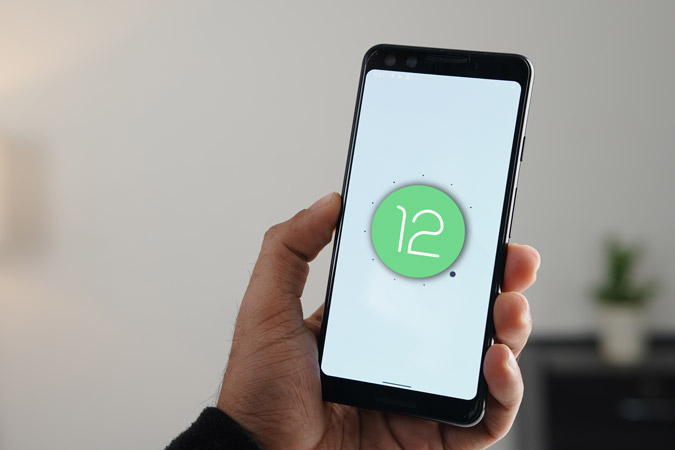 Google has released the first Developer Preview of Android 12, codenamed, Android Snow Cone. In case you don’t know, a new Android release goes through multiple developer previews and beta updates. This helps Android app makers and OEMs to test their apps and devices thoroughly before the final release.

Google has also laid out the roadmap of future Android 12 releases. We should see a more refined beta version coming around Aug-Sept 2021 followed by the final release in late 2021.

How to Install the Latest Android 12?

Now, if you have an eligible Pixel device, do note that developer previews are highly unstable. Hence, it’s not recommended to install it on your primary Android phone.

Having said that, the installation process of Android 12 is a bit different this time around. Unlike the previous versions, there is no direct OTA install available. You would have to manually flash your Pixel device. If you are uncomfortable with flashing, Google also provides an alternative option of installing the OTA via the new online Android Flash Tool.

It requires you to enable USB debugging and have the right drivers installed on your machine. The tool will further download Android 12 OTA and flash it on the Pixel device. The process is pretty much automated and doesn’t require any manual interference.

If you don’t have a Pixel device, you can use the Android Studio’s built-in emulator to flash Android 12.

This is the first preview version targeted at developers. Hence, most of the efforts and improvements are directed towards APIs and under-the-hood improvements

With that said, Android 12 also brings a lot of changes to Android themes and customizations, app notifications, and media. Let’s take a look at some cool Android 12 features now.

Foremost, theme-ing is a big focus in Android 12. Google is moving from the minimal white interface to add some jazz to Android.

Compared to Android 11, you get more inbuilt theming options. You can also create a custom one by choosing a built-in icon pack, color, and shapes. Moreover, the Android 12 theme seems to be more cohesive now. The icon shapes, keyboard, quick settings tile, and app drawer complement each other really well.

On the Settings menu, Google has got rid of the white minimal flat look. The menu now has a tinge of blue color.

There are also a few changes to the menu layout, button design, etc. For instance, the toggle button in a few settings is different from what we are used to viewing.

Google seems to be making a lot of minute changes to the notifications since Android 10. These changes have worked well and Android has gotten better at managing notifications.

In Android 12, the notification drawer has become translucent. You can now see the wallpaper behind the notifications. Additionally, the gap between Conversations & Silent notification has increased. It now makes them visually more separated.

If you look closely at the notification itself, the profile picture of the sender has gotten bigger. This makes it easier to identify the sender at a glance.

Android 12 has also introduced a small “Snooze” option to the notifications. The Snooze option has been present since Oreo but it’s more convenient now and upfront.

This Android 12 seems to be taking a lot of notes from Samsung’s OneUI. There are a lot of OneUI inspired features. For instance, you get a feature flag called “Silky Home“. Once you enable this flag, the whole Settings menu unfurls under your thumb.

The options and sub-menu are stacked at the bottom for easy one-handed usage. This menu design closely resembles Samsung’s OneUI 3.0. But, it’s a welcome change in my opinion. Phones, lately have gotten taller and Silky Home helps in one-handed usage.

In case you can’t find the Silky Home feature flag, you can turn it on using the following ADB command.

Double Tap was a Pixel exclusive feature back in Android 11. But now, Google plans to bring it on other devices with Android 12.

Android 12 brings a few options to customize the back double-tap gesture. You can now wake Google Assistant, play/pause media, see recent apps, or open notifications. As of now, this feature doesn’t work on the Pixel devices.

And for some weird reason, you can also add stickers and emojis to the screenshot. Google seems to be competing with Instagram on this one.

Unified API is more of an under-the-hood change. But, it’ll help you to move and copy media better between the apps.

Basically, Unified API changes the way apps access posted content. For instance, earlier an app had to write 3 different codes for accepting images from clipboard, drag-and-drop, and keyboard input. Now, Google has integrated all these methods into a single unified API on Android 12.

Henceforth, you can drag and drop text, images, or any media content from one app to the other. So, for instance, you can just drag-and-drop images, text from Google Chrome to Google Docs.

The Wi-Fi password share feature arrived in Android 10 and Google seems to be building on it. Now, you get the option to share Wi-Fi via Google’s Nearby share. The option comes up subtly below the Wi-Fi QR code.

I like that Google is taking this implementation a step forward. When you send the Wi-Fi password via Nearby share, it automatically connects the receiving Android device to the Wi-Fi.

App Pair is another OneUI inspired feature in Android 12. In case you don’t know, app pair lets you club 2 different apps on split-screen. When you tap on the app pair, it automatically opens both the apps in a split-screen view.

The app pair needs to be activated via an ADB command in Android 12. As of writing this article, It wasn’t working on my Pixel 3.

There are also a couple of modifications in the Accessibility settings. The most prominent one seems to be the option to reduce the intensity of bright colors.

In case you have partial color blindness, this option might come in handy. Additionally, if you watch movies late at night, this option will be soothing to the eyes.

Android 12 is focusing a lot on making media consumption better on Android smartphones. As an initiative, it will now natively transcode H.265 videos if an app is unable to handle it.

For instance, if you try playing an H.265 video in an unsupported app, it would just display a black screen. Now, in Android 12, Android will handle the H.265 video natively even if the app fails to do so.

There are also a few minor and cosmetic changes in Android 12. The lock screen notification overlay is changed. Additionally, you also get an option to turn off the camera and microphone sensor separately for the whole device. Do note that, this is the first developer preview and these features most likely will change in the Beta and final variants.

Overall, Google continues to improve Android with every iteration. Some features are inspired from other popular UIs while others were thought of in-house. We are excited about what else Android 12 has to offer and all the possible ways it will impact daily users.