Home » Android » Top 4 Apps for Texting Between Android and iPhone

Top 4 Apps for Texting Between Android and iPhone 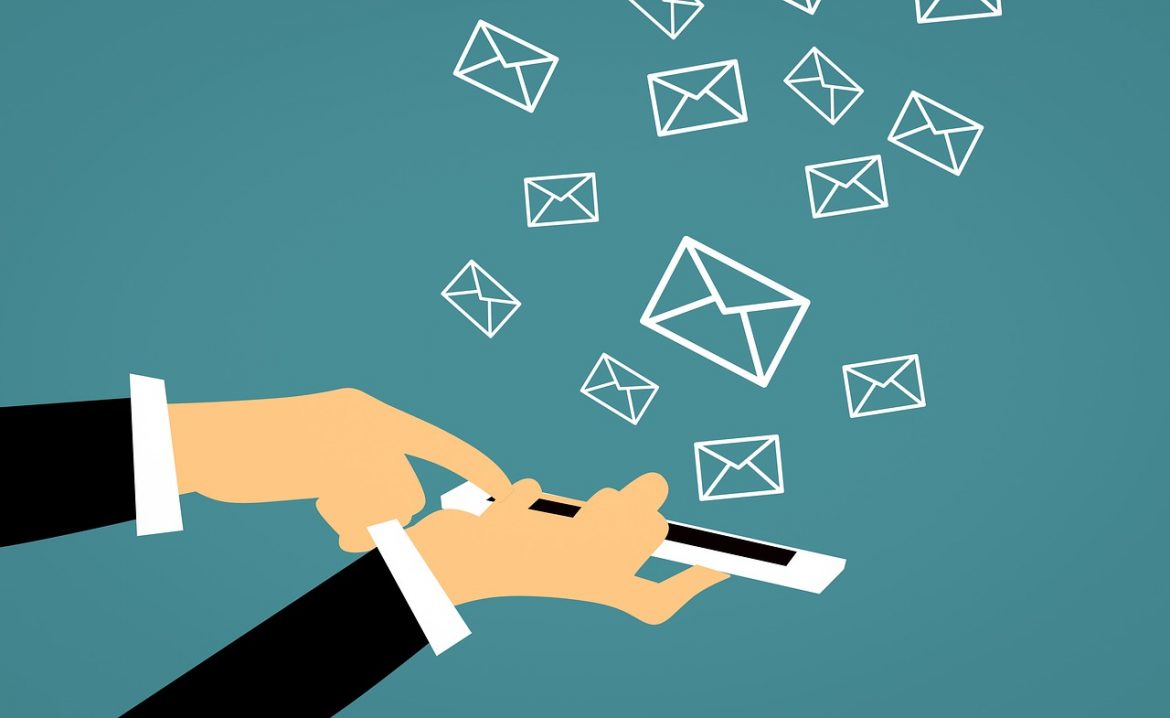 Most iOS users depend on iMessages to text their friends and family members. The problem with that is that you can’t send messages to those who are using Android. How do you text them? iMessage is not available outside of the Apple ecosystem. The problems are faced by Android users as well. They can’t send text messages to iOS users either. Today, we will share some apps that will allow texting between Android and iPhone users.

Texting Between Android and iPhone

These apps use the internet to send messages and require a dedicated app instead of the regular messaging app that comes preinstalled on your phones. That’s iMessage for iPhone users and Messages for Android users. You will need an active and stable internet connection for this to work. The upside is that you get a lot of additional features that may or may not be available in your default text messaging apps. Especially, Android users.

Recommended by none other than Edward Snowden, Signal is one of the most secure and private texting apps available on mobile platforms. It is completely open-source and funded by donations. The company behind is a non-profit organization. That’s how most public service apps should be. There are no ads, trackers, or anything. And the app itself is completely free. Just you and your loved ones. 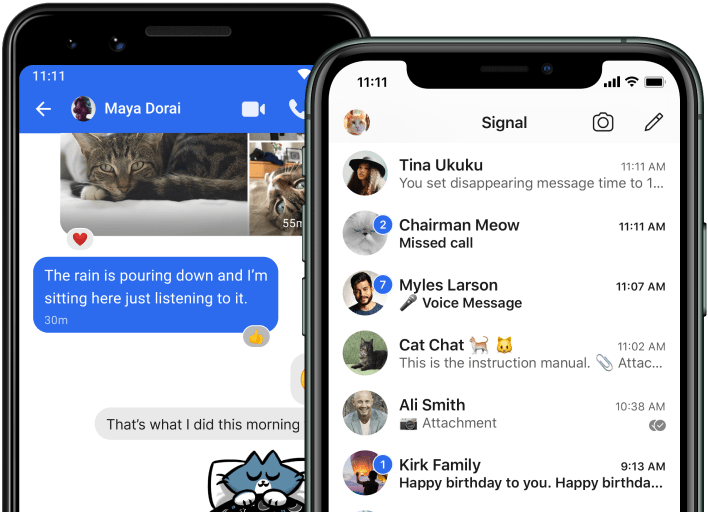 You can send text messages from Android to iPhone and back. But, that’s not all. You can also make audio and video calls. What’s really matters is that all messages and calls are end-to-end encrypted, both are encrypted at rest and in transit. There are very few apps if any at all, that you can say that about with confidence.

Note that Signal will not store any data on its servers and so, there is no record of messages even on your phone. Something to keep in mind. One of the most secure ways of texting between Android and iPhone.

It’s the messaging or texting app that pretty much everyone you know is using. One of the first cross-platform texting solutions that were free and truly worked. WhatsApp is end-to-encrypted but its acquisition and subsequent policy update by Facebook has raised many eyebrows. As far as features are concerned, WhatsApp allows both texting and audio/video calling between Android and iOS. You can also send files, attach photos, and even your live location. 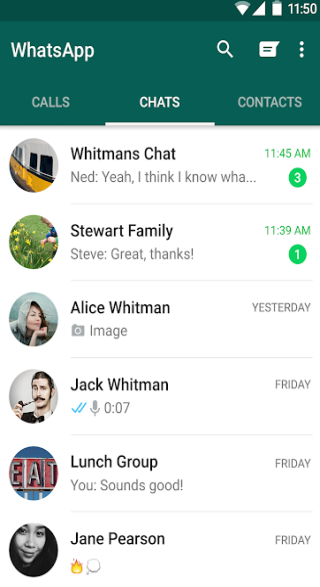 WhatsApp is known for its ease of use where all your saved contacts will automatically appear inside the app. There are several options to control who can view what in your profile and they recently added support for micropayments in certain developing countries.

Telegram made a name for itself by offering fast, open-sourced, and encrypted text messaging services for texting between Android and iOS smartphones. Where most apps have some kind of upper limit on how many members you can add to groups, size of media files attached, and so on, Telegram breaks the barriers. You can add up to 200,000 members to a group and there is no limit to file type or even size. That’s unheard of and generous. Another unique feature is the support for bots to automate tasks and manage groups. 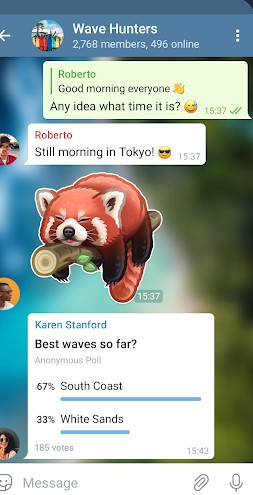 Popular among blockchain, startup, and tech communities, Telegram is secure. In fact, their founders were forced to take their operations out of Russia because they wouldn’t give in to state surveillance requests. Needless to say, the state failed. Telegram also offers desktop apps. One of the best ways for texting between Android and iPhone. Telegram is slightly behind Signal when it comes to absolute privacy and security though.

Discord disrupted the texting between the Android and iPhone scenes by bringing servers into the picture. Once you have created your own server, you can create channels that are targeted towards specific topics. If you are a student, topics could include study, sports, dorm room, watercooler, weekend, party, and so on. That allows you to break a larger group into smaller niche groups and keep chat rooms less cluttered and more organized. 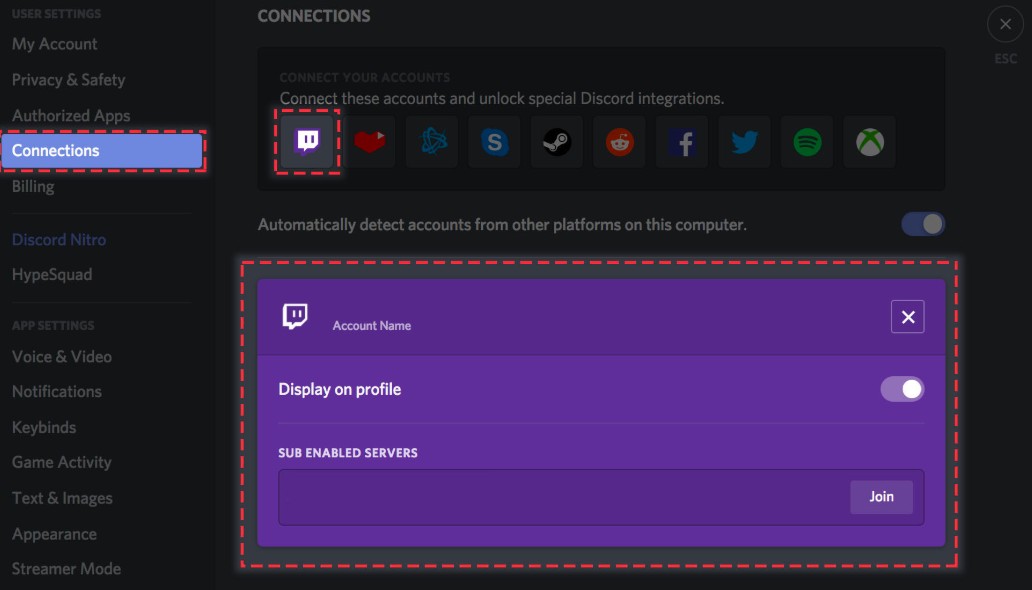 Members can be assigned to different channels (and different roles like admin) as needed giving you more control. Like Telegram, Discord is powered by bots allowing automation. I like the live audio chat rooms where anyone can just pop-in and leave a voice message or just talk. No need to call. Discord was designed to scale for both small and large groups.

Discord also connects with several third-party apps like Spotify, Steam, Facebook, Twitter, and others bringing everything seamlessly into one UI. Very popular with students and gamers. Like Telegram, Discord has an ample number of bots to explore.

Wrapping Up: Texting Between Android and iOS

All of the above text messaging apps can be used to send text, audio, and video calls between Android and iOS. To differentiate and stand out, these apps are offering new and innovative features to attract users with specific requirements. Choose a messaging app that fulfills your needs and helps to express yourself the best way possible. You can use more than one text messaging app too. There is no rule.