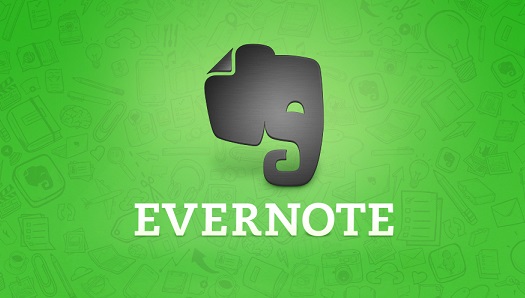 Evernote is one of the best (if not the best) note taking app. It’s loaded with amazing features and works on most of the devices. We use Evernote daily, to jot down ideas for new topics for this blog, journaling and collecting receipts, etc. However, recently, Evernote made some unwelcoming changes in their pricing for both free and paid users.

Also Read: How to Use Pocket (Read Later App) Effectively

Why look for Evernote alternative?

1. Now, in the free version, you only get 60 MB monthly upload limit and sync in only 2 devices. Before the price change, the limit was 100 MB and 3 devices. Now, although, 60 MB upload limit won’t be a big issue for you, if you just create text note, but since most people nowadays have more 3 personal devices, this 2 devices sync restriction is a deal breaker.

2. They have even increased the prices of the premium users up to 40%, without adding any new feature. Instead, they removed few features from the free version, forcing many users to either opt for pro version or stop using it the free version.

3. And yes, they still don’t have any Linux client

Overall, many users who are using Evernote free version for years will probably have tons of data saved in Evernote by now, and limiting the free version to only 2 devices, will force them to opt for the premium version. A smart move from the company.

So, if the free version is not sufficient for you and you don’t find premium version worth your hard earned cash, then check out these other note taking application.

Microsoft’s free offers OneNote definitely deserves to the best alternative to Evernote. It is functional, free and syncs with Onedrive to let you keep all your notes with you all the time. It has almost all of the advanced features you may need, including the ability to take text and multimedia notes, draw notes, clip web content, turn emails into notes and much more.

Compared to Evernote, which focus more on taking notes in a structured fashion, Onenote is more like writing your notes in an actual notebook. That’s you can group your text, images, bullet points in one single note and not to forget the awesome integration with Microsoft office apps. Though, you’ll still miss the robust web clipping feature of Evernote.

If you are already an Evernote user, then Microsoft also offers an importer tool to let you easily make the switch from Evernote to OneNote.

Google Keep is definitely not a head-to-head competitor to Evernote due to its limited features. However, if you like simplicity and don’t depend on advanced features like multimedia notes, web clipping, integration with 3rd party service etc, then Google Keep is perfect for you. It’s easy to use and you can organize your notes using color codes and labels.

Although being simple doesn’t mean it lacks any good features, you can set reminders, share notes, send notes to Google Docs, add photos to notes, draw notes, create checklists and much more. It also has some advanced features such as the ability to dictate your notes without needing to type them or use built-in OCR technology to extract text out of images.

Although the company is focusing more on their mobile apps, I found the Evernote Android app quite buggy. It takes some time to open the app, and the sync isn’t fast either. But Google Keep, on the other hand, is fast and simple.

If Evernote is like a filing cabinet, Google keep is a sticky note.

If you are a little privacy conscious, then TiddylyWiki should work for you. It’s an open-source note-taking app that offers encryption to keep your notes private. You can keep your data offline on your SD card or a USB (if you are too conscious) or upload it to cloud to access it from anywhere. On top of that, you can also encrypt your notes to make it impossible for anyone to access them.

Apart from the privacy focus, TiddlyWiki is itself very functional and offers advanced features. You can take audio notes, multimedia notes, organize notes with labels and colors, add reminders and use the search bar to search your notes. As it’s open-source, its vast community contribution allows it download themes, widgets, and plugins to extend functionality. For example, you can get plugins to migrate from Evernote, integrate Google Analytics or clip content from the web.

Unlike Evernote, the desktop app of Tiddly Wiki is a wrapper for a web page (.html file) and not a standalone .exe program. It also has its own markup language and a steep learning curve, so we only recommend Tiddly Wiki to advanced users. Here is a good video tutorial that will get you started, in case you are interested.

If Evernote is like a filing cabinet, TiddlyWiki is a safe with basic features.

True to its name, Simplenote is all about taking notes in a simple and fast manner. You can add notes or create checklists and they will be synced over all of your devices. You can take advantage of tags and pins to keep all of your notes organized and in front. And if needed, you can also use the search bar that updates in real-time to quickly search for any note.

You can also share notes and collaborate on notes with friends, or you can publish your notes to let everyone see what you are thinking or planning. Furthermore, all the changes you make to notes are backed up and you can use “Go back in time” feature to see the changes in real-time and restore as well. Simplenote is completely free and works on all popular platforms.

SimpleNote is a strip down version of Evernote in most aspect. While Evernote works well with multimedia, Simplenotes focus mostly on text. There is also Linux client for Simplenote, which is still missing in Evernote. However, a big deal breaker for Simplenote is tag; it does not support searching with tags, which is the big reason why most people assign tags in the first place.

Laverna is another open-source alternative to Evernote that focuses on privacy. You can save your notes locally or sync them over Dropbox or any other cloud storage account. Additionally, you can start using Laverna without any need of signing up for an account first, perfect for anonymous use. Similar to TiddlyWiki, you can encrypt your notes to make them only available to you. This features synergies well with the ability to create notes anonymously, you can create anonymous notes and also encrypt them to make them inaccessible.

Laverna also has a more intuitive interface as compared to TiddlyWiki and lets you take multimedia notes and share notes with other people. Laverna also makes it easy to import or export your notes from Laverna so you are not tied to it.

NixNote is basically a clone for Evernote specifically mode for Linux users, but it works on Windows and Mac as well. As Evernote is not available on Linux, so the open-source community came up with NixNote – a copy of Evernote on Linux. You can sign-in to NixNote using your Evernote account and even sync all your data inside Evernote.

NixNote also has many of the features Evernote has to offer, including the ability to create multimedia notes, clip web content, organize notes similar to Evernote, turn emails into notes etc. On top of that, it can also encrypt your notes and let you save notes locally. If you are looking for a free copy of Evernote that works on Linux as well, then give NixNote a try.

For users who love Apple devices and stay in Apple’s circle, iCloud Notes is a great app. It’s a simple note taking app offered by Apple to quickly jot down notes and keep them synced on all Apple devices. You have enough tools to format your notes, add pictures, videos, audio files and links.

All the notes are synced on iCloud and can be viewed from any device using the web interface. You can organize your notes in folders, lock notes with a password and even recover deleted notes if you change your mind. Overall, iCloud Notes is a great simple alternative to Evernote if you are an Apple user.

Turtl is another alternative to Evernote that is all about privacy. Create for a little too privacy conscious people, Turtl by default encrypts all the notes you create in the Turtl app. It is also very easy to use and doesn’t require any extra steps to encrypt your data.

You can create text notes, bookmark websites, add multimedia files and add documents. Along with encryption, it also offers reliable sharing tools to securely share notes with friends or team members and ensure no one else get a peak.

I personally like Google Keep for the ease of use and simplicity, although Laverna seems like a great secure alternative as well. However, if you are not too concerned about privacy, then Microsoft OneNote is definitely a keeper; thanks to it advanced features and free nature.

Are you going to stick with Evernote or any of these alternatives seem worth jump shipping? Lets us know in the comments.

Related: How To use Feedly Effectively

Karrar has a bad habit of calling technology “Killer”, and doesn't feel bad about spending too much time in front of the PC. If he is not writing about technology, you will find him spending quality time with his little family.