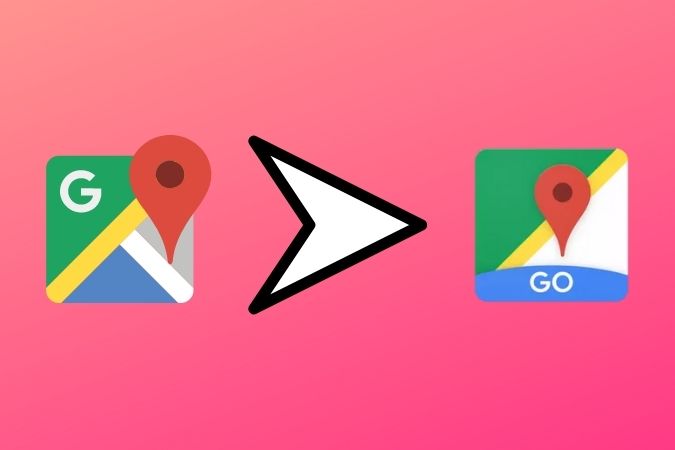 Google Maps is the go-to solution for most people when it comes to navigation needs. Some time ago, Google started rolling out the Go series of its popular apps like Gmail Go, Google Go, and Maps Go. These are the optimized versions of the original app that are lightweight but sans a few features. So how does Google Maps differ from Google Maps Go and should you go for the Go version?

One of the main issues that the old Go version of Google Maps had was a lack of real-time turn-by-turn navigation. A map without live turn-based navigation feature felt lacking so much so that Google released a separate Navigation for Google Maps Go for those who installed Maps Go. Installing two apps to replace one is a weird idea but there is good logic behind the madness. Let’s see how it works and whether you should still use Google Maps or Google Maps Go with Navigation app is good enough.

One of the first considerations for users with Android phones with low space and memory. Google Maps Go supports Android 4.4 and above. On my old Samsung M51, Maps Go takes 7.13MB of space while Maps takes 170MB. The difference is huge.

Note that both the apps will take up more space as you begin using them. But cache and other data can be cleared (deleted) from time to time.

For the sake of differentiation, I have enabled dark mode in Google Maps but using light mode in Maps Go.

The UI is on par and pretty similar for the most part but dig a little deeper and you begin to notice differences. You get search bar at the top and location cards for famous places/monuments at the bottom. In Maps, zooming and panning have a 3D effect which looks good.

Swipe up and both the Maps apps will display a host of information about the chosen place like reviews, photos, timings, addresses, and ways to connect. However, Google Maps also displays ticket prices (if applicable), ability to book tickets, directory, and some other information.

While both Maps and Maps Go show panoramic views, Maps also features Updates tab where you can view stunning images taken and submitted by users. You can also submit your own.

Similarly, there are certain elements missing in the sidebar menu too. In fact, Google Maps features a bottom bar menu instead that is accessible at all times while Maps Go has the traditional hamburger menu that you have to tap. No gesture support.

While you can share your location in real-time on Maps Go, some other features like offline maps, contribute, and receive trip suggestions is not available. Tapping on the profile picture in Google Maps Go reveals app info. On Google Maps, it reveals even more features like time, location sharing, and the ability to add business location or office address.

On the plus side, you can add multiple accounts to Google Maps Go.

A feature that was recently made available to Google Maps Go users in the form of a standalone app. So you enter a location and get directions to the same. At the bottom of the screen, you will get a button, Navigation in App, that will take you to Play Store to download the standalone Navigation for Google Maps Go page.

This reduces unnecessary load on smaller and dated Android phones where you can choose to get navigation support only if and when you need it. Why burden system resources otherwise. Upon installation, go back to Maps Go and tap on Navigate in App button again to begin receiving turn-based instructions. The full version of Maps always had this feature and works flawlessly.

Also Read: How to Create a Map With Multiple Pins in Google Maps

While network connectivity has improved greatly over the years, there are still places where internet is not available. People who like to go on road trips know this only too well. Unfortunately, in order save resources, Google has done away with offline feature in Maps Go.

Google Maps has this feature where you can download and store routes or even the entire city offline. Note that certain places are prohibited from being downloaded offline due to contractual limitations. Simply search for the place that you are visiting and want to download, swipe up from the bottom to reveal options, and tap the Download button.

If you are rocking an older version of Android or Android phone where resources are limited, then you have limited options for yourself. Go for a combination of Google Maps Go and Navigation for Google Maps Go with WhatsApp or Telegram for live location sharing. You won’t get access to certain features like offline maps, parking, dark mode, etc.

If you can, get Google Maps because nothing else comes even closer, not even its younger sister. Google Maps also offers some advanced features like the ability to create heat maps, a monthly summary of your activities, and even more. However, navigation apps like Waze offer features that you won’t find even in Google Maps.