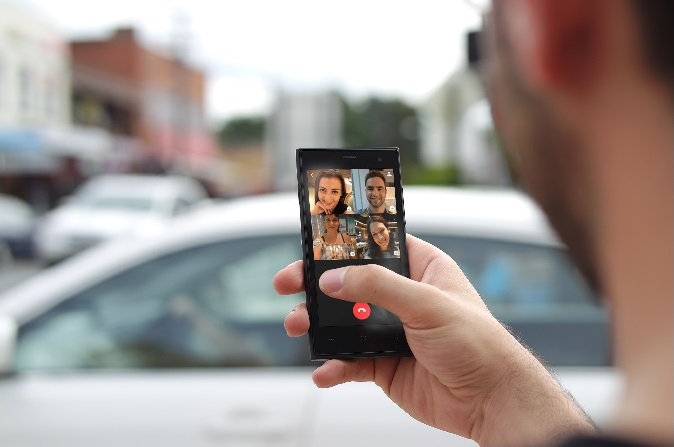 So in case you are quarantined at home and need to urgently place a group video call from your Android? Or, you just bored and need to video call your friends and buddies. Well, you always have Skype for it but that surely isn’t the only option out there. Apart from Skype, you have several other options where you can bring over your friends, family, and loved ones. These other apps let you even share screens, documents, videos, record conversations, react to videos, etc. So with that said, here are some of the best group video calls for Android.

Let’s begin this list with Skype because it is probably the oldest app in the world to support group video calls. Even before there were Android and iOS, Skype was available on Windows. What makes Skype popular is that it is available not only on mobile platforms but also PC, Macs, browsers, and PlayStation. This makes it easier to connect with people who are using their laptops. A bigger screen means you can view more.

You can make a group call with up to 10 people but Skype says the number varies. In my experience, it is good for 3-5 people. As per their FUP (Fair Usage Policy), you can video call for a max of 100 hours a month with a 10 hour a day limit. You can also share your screen.

The interface is not the easiest and most intuitive, and it works slow on my Android. On the plus side, you can share your screen and also files. Skype allows you to call regular phone numbers too which is a plus, but for a fee. If the participants in the group call don’t have Android or iOS with them, they can also chat from the Skype Web.

Hangouts is Google’s answer to Skype. A free chat messaging app that supports group video calling on different devices and platforms including Android. While WhatsApp works on numbers saved on your phone, Hangouts is connected to your Gmail ID. You can connect and video chat with up to 10 people at once.

Being a Google product, it plays nicely with other Google services like Drive, Maps, Calendar, and Gmail. You can join Hangouts with your existing Android or Gmail account. There is support for sharing docs, screen, and emoticons. However, here is where Hangouts differs, it has a Hangout Air option which lets you hold webinars. And similar to every Google product, it’s free and ad-supported. It comes really handy for teachers and experts.

Moreover, you can record your Hangouts group video calls and publish them directly on your YouTube channel. Similar to Skype, if the participants in the group call don’t have Android or iOS with them, they can also chat from the Hangout Web.

Due to the current lockdown, Google Duo has expanded its group calling limit from 8 to 12.

Houseparty is the currently #1 trending app with millions of downloads in a couple of weeks and it’s pretty legit. The app mimics the house party environment with multiple chatrooms. You can have up to a maximum of 8 people in a single chatroom but you are free to join any friend’s chatroom (unless it’s set to Private). Houseparty, on top of this, provides a bunch of games that can be played while you are in the group video chat. My favorite one was the “Heads Up” which is sort of Dum Charades but on a video call. You also have 3 other Trivia, drawing games, etc.

Houseparty is a great way to pass time and recently has seen a surge in users. This is affecting the volume on its servers and you could feel connection drops occasionally in the video call. The app also hasn’t been updated in almost a year. 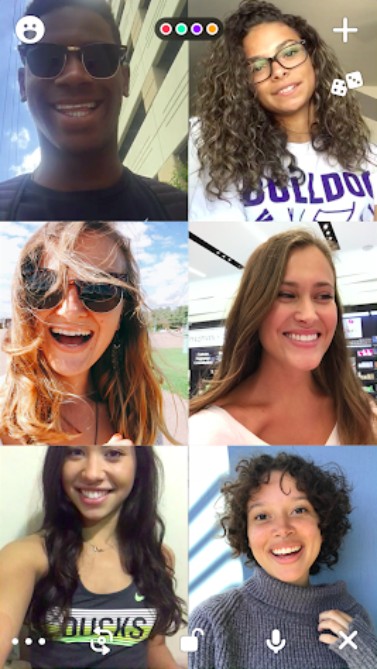 Duo is Google’s replacement for Hangouts and it is the most seamless integrated video calling app. Duo comes installed on your Android, by default and you can video call anyone directly through the Phone dialer. However, to do a group video call, you will have to create a group first and then do a group video call. Duo has a limit of up to 8 people. But, the best thing about it is if you have an Android, Google ensures you are on Duo. 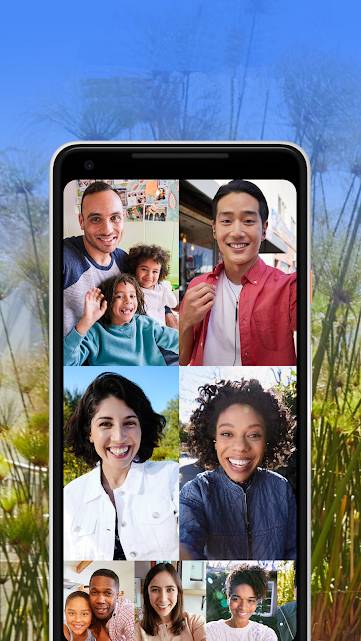 One of the recent updates was group video calls on Android and iOS. The only problem is that the WhatsApp group call supports only 4 people. To start a WhatsApp Video call, start a video with one of the contacts. Once the call is set, you will see a button at the top-right corner of the screen that will let you add another participant to the call.

Pretty much everyone you know is on WhatsApp which makes it an ideal choice for making group video calls. It is also one of the easiest video call app to use. Other than the 4 people limit, another limitation is WhatsApp video call, is that it doesn’t support group video call (or even normal video for that matter) on WhatsApp Web.

Facebook messenger has one of the massive video chat limits. It can go up to 50 people which is an absurd number in my opinion. How do you see so many people on your screen? On the other hand, unlike some other group video apps, you have to create a group and add people to it before you can group video chat. That said, not everyone has to be online while you start the group chat. The added participant can join the video chat later on either from Facebook messenger or Facebook web.

Facebook Messenger Lite doesn’t support group video call. Still, most people you know are already using Facebook so you don’t have to ask and send requests to people. The only thing going in its favor is that it is free and integrates with Facebook. Messenger also offers probably the largest collection of in-app games and live stickers.

Facebook, like WhatsApp, enjoys a large user base which puts Messenger in an ideal position. Sadly, Messenger fails to attract the kind of love and attention it should have received. The app is known to be slow and buggy. It has the power to slow your mobile phone to the point where people often recommend to uninstall it to improve battery life. Plus, Facebook is known for harvesting user data for all the wrong reasons.

Similar to WhatsApp and Messenger, Instagram is another Facebook product that supports video calling. The group video call option is not pretty evident because, hey it’s Instagram! So, if most of your friends are on Instagram you can quickly initiate a group video call through the DM section. Obviously, you can only initiate video calls with your followers. Moreover, there is an interesting option to preview your liked and saved posts during the group video call. It seems like it is intended to start a good gossip session over coffee. Apart from that, the video call options are pretty limited with a couple of options to change face filters and cameras. JusTalk is relatively not so popular as some of the behemoths mentioned in this list, but that doesn’t mean it isn’t worth taking notice of. The app is a really good alternative for making group video calls on Android. Like Skype, JusTalk allows you to record your video calls directly from within the app. This is useful if you are using it for important discussions or lectures.

Apart from that, I really like the doodle feature which lets you create doodles on your face, or anything else on the screen, while you are live video chatting. It also comes with a lot of themes and other personalization options like stickers and GIFs that are available as in-app purchases. The app is free to use but ad-supported. JusTalk is available on Android and iOS but no other platforms or browsers are supported.

Line is another popular video call app available on the Android platform. Apart from all the usual features that are available on the other apps, Line also allows you to create polls for feedback. This can be useful for monthly or weekly group video call meetings.

Although Discord is not a dedicated group video call app, you can still use it. Discord, basically, functions somewhat similar to Reddit (but for gamers), where you can join multiple gaming servers (i.e. subreddits) and have one-to-one conversations. To initiate a group video call, the said people need to add each other and be on a Discord server. Next, you would have to form a channel or group to begin group video calling. There is no limit to the number of messages and video calls on Discord. Unlike the desktop app, you don’t have a screen sharing feature on the mobile app.

If you are working in an official environment and want to share screens, Hangouts is the best. For a more informal setup, WhatsApp video call and Google Duo is the easiest of the lot to use based due to the design and adaptability rate.