How to Create a Community Poll With Images on YouTube 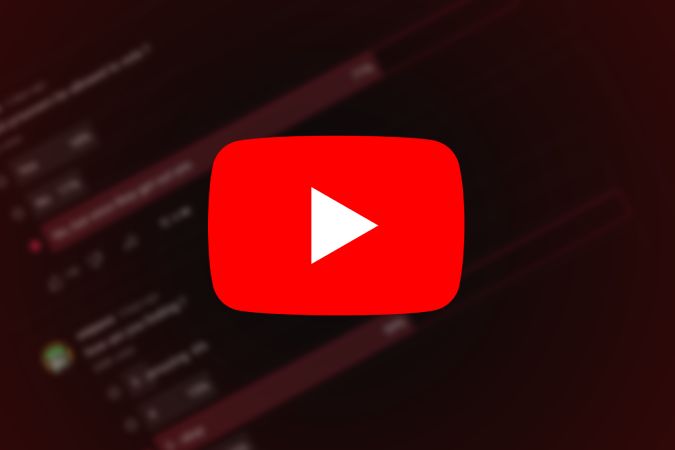 The ability to create polls on YouTube arrived with the launch of the Community tab. But for a long time, you could only add text-based polls. But, now you have the option to upload images to YouTube community polls both in the description and each poll option. Here’s everything you need to know about creating an image poll in the community tab of YouTube, with some intrinsic details like formatting needs and criteria.

Let’s start with a platform that is creator-friendly.

Create an Image Poll on YouTube Web App on Desktop

Unlike videos, you can create Community posts from the YouTube web app itself, instead of YouTube Studio.

1. Open the YouTube app on any browser and then click on the Create video icon at the top right corner. In the menu, select the Create Post option.

2. You will be redirected to the Community page of your channel. Here, you will find the section to create posts. Just click on the Image poll option in it.

3. Now you can add the question to the poll. Then click on the image icon in the option to add the image to that option.

4. By default, you only have two options in the poll, but you can add more by clicking on the Add option button. Unlike normal polls which support 5 options, image polls can have only up to 4 options.

6. Once all images are cropped, click on the Save images button.

7. When all images are added, you can now add text for each option. Unlike the community poll question and images, adding text inside options is optional.

9. Unlike normal posts on YouTube, you cannot edit a poll after it is published. However, you can click on the kebab menu (three-dot menu) on the post and select the Delete option to delete the poll entirely.

Schedule an Image Poll on YouTube Web App on Desktop

2. Select the date, time, and time zone here to Schedule the image poll on YouTube.

Once done, you should find your scheduled post under the Scheduled tab.

6. You will also find the Delete option in the same menu.

At the time of writing this article, the option to create an Image poll is only available on Android phones. But, once the feature is released on iOS, the process should be similar as shown below for Android smartphones.

1. Open the YouTube app and tap on the Plus icon in the center of the bottom bar. Then select Create a post option in the menu.

2. On the next page, select the Image Poll option at the top.

3. Now type the question and then tap on the image icon to add images.

4. To add more options, tap on Add Options button which adds two more options at a time. Unlike normal polls which allow 5 options, image polls allow only 4 options as of now.

5. You can tap on the delete icon on each image to delete that option.

6. YouTube only supports square images, no matter what resolution you upload, It will automatically crop the images on its own. To adjust the cropped image, tap on the edit icon on top of each image to adjust the position of that image.

7. Once done with the images, you can also add text for each option, but it is not required. Finally, tap on the Post option at the top right corner to post the image poll on the Community tab.

Now you should find the image poll on the Community tab on your YouTube channel. You cannot edit it later, but you can tap on the kebab menu (three-dot menu) and select the Delete option to delete the image poll later.

The steps for scheduling and posting a poll are almost similar.

1. Once you are done with creating the image poll, tap on the clock icon at the top right corner. On the next page, you can schedule the post by selecting a suitable date, time, and time zone.

2. Tap on Done button and then tap on Schedule button at the top right corner to schedule the post.

3. As the post is scheduled and not published, you can still edit the image poll or scheduled time before it is published. To edit, tap on the profile icon at the top right corner and select Your channel option.

4. Now select the Community tab on your channel. Here you should find the scheduled post option along with the number of posts that are in the queue. Tap on it to open.

5. Tap on the kebab menu (three-dot menu) of a post and select the Edit option to get back to the editing page.

6. You also have the Delete option to completely delete the post before it is published.

1. What image size does Image Poll on YouTube supports?

The maximum file size supported by YouTube is 16MP. In case you are wondering, the supported file size is higher and you can even upload a video or a 4K image. So most probably, you won’t have to worry about the file size for your YouTube image polls.

YouTube supports a lot of file types, but the recommended file formats are JPG, PNG, GIF, and WEBP.

3. What are the differences between text polls and image polls?

There are quite a few differences between the two poll types on YouTube. Text polls support up to 5 options whereas Image polls only support 4. You can add up to 65 characters in the text poll, whereas Image only supports 14 characters. However, neither of them has a character limit for questions.

Polls on YouTube do not have any end date like on other social media sites. People can vote on your polls even after a year. Not just that, people can also change their vote if they want.

5. How to change the visibility of YouTube posts and polls?

YouTube shows the visibility option on the post while creating, but it is uneditable. So, we can expect the feature to get released anytime.

Once an image poll is posted on YouTube, it should be visible to your followers and everyone on your YouTube channel community page. You can check how many people have voted and the final poll results from the poll just like your audience.

Note that you can’t vote on your own poll. As a side note, people do not see your channel name on the community posts and comments anymore. They see your YouTube Handle which you can easily set from both desktop and mobile platforms.