Home » Gadgets » How to Find Any Lost Bluetooth Device Quickly

How to Find Any Lost Bluetooth Device Quickly 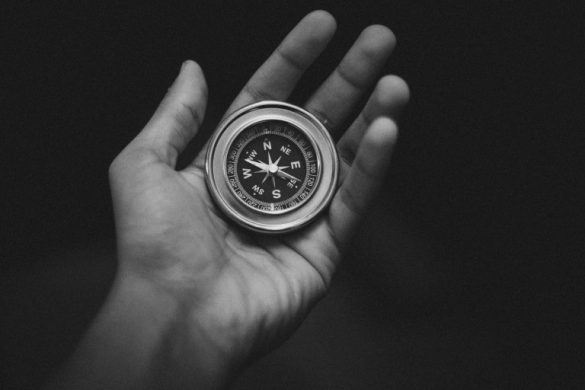 How many Bluetooth earphones or even AirPods have you lost? I keep reading about these instances where people are unable to find their Bluetooth smart devices even inside their office or home. And if you lose them outside on the platform or in the park, chances are they are lost for good. One developer took this challenge head-on and developed an app called Wunderlist. The idea was born on Reddit and later picked up steam.

The idea is simple, at least on paper. You have so many Bluetooth devices in the house. Not all of them are at risk of getting lost. The most common connected devices that you need to take care of are TWS or earbuds, headphones, fitness bands, and other small smart or wearable devices that you may have bought. This will also work for smartphones and tablets which are often stolen but are otherwise easier to find thanks to ringing and proprietory solutions from Apple and Google. Pretty much anything with a Bluetooth connection. You drop them, lose them under the rug or sofa set, drop them while riding a bike, traveling on the trains, or they are stolen.

The one theme that is common among all smart devices is that they have Bluetooth connectivity. Wunderlist uses this to track your devices and plot them on a map. You will find this same technology in fitness trackers that count your steps near accurately but don’t have GPS built-in. What they do is rely on Bluetooth coupled with your smartphone’s GPS to track movement.

Wunderfind is doing the same but instead of counting steps, they are tracking lost devices. This doesn’t mean you will view the exact location of the device. No. Wunderfind will use proximity messages (in the free version) that will guide you in the right direction, plotting the location on the map.

When you open Wunderfind for the first time, it will ask for a bunch of permissions like Bluetooth and storage. Tap on OK and continue. You can also manage these permissions from Settings.

Make sure that the devices you want to plot or find are switched on and have Bluetooth enabled. In my case, it took some time before the devices started appearing by name on the screen. 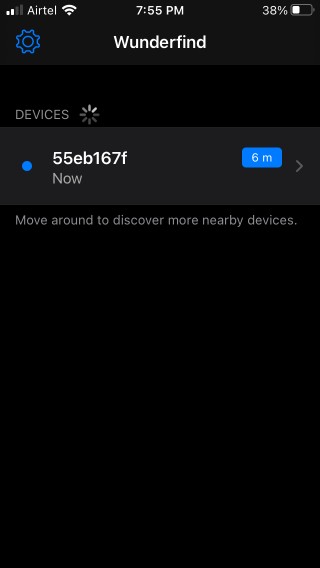 Noticed the figure on the right? That’s the distance in meters. You can change that to feet if you want by tapping on the gear icon on the upper left corner of the screen. Tap on the device name to find a radar-like setup. 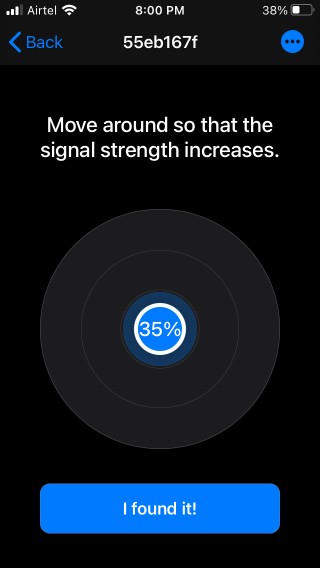 The percentage in the center of the circle called Distance Score will increase as you move closer to the device you are trying to locate and eventually fill the whole circle. You are not going to get a Google Maps like set up in the free version with everything clearly marked. But if you move around a little, you will quickly know the direction in which you are supposed to go. 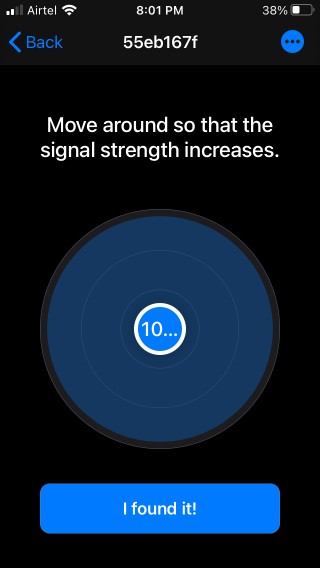 There is a three-dot menu icon. You can toggle an option inside that will notify you when the device is lost. That means it moves away from you or is disconnected. There is also support for SIRI if you are using Apple’s smart assistant. 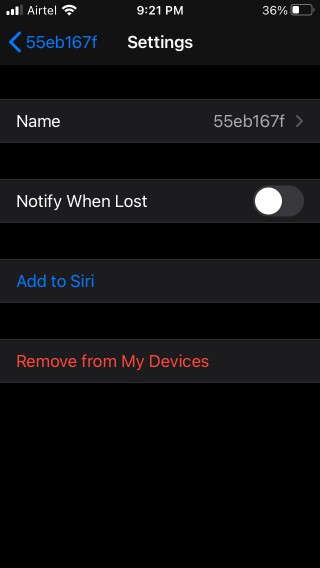 The pro version will unlock more features like plotting all the devices on a Google or Apple Maps app. That will make it even easier for you to locate and find your lost Bluetooth devices. 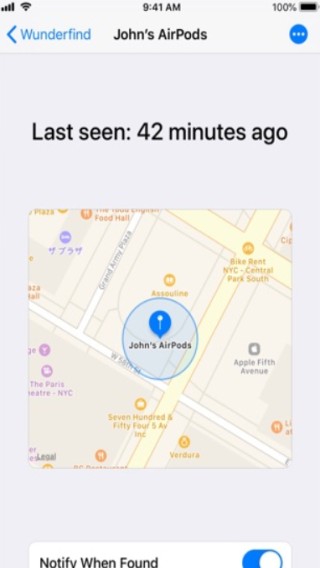 You will not only get a notification when you lose, say your AirPods, but also get a notification when they are found. That takes a lot of guessing game out of the picture. Also, because the Bluetooth device is marked on a map, it makes it super quick to locate them. With the radar thing, you have to take a guess in which direction it could be and then move towards that way before you know you were moving in the wrong direction or not.

Note that even the free version is good enough for finding lost devices because it will still lead you to the approximate location. But it is not the same as a map.

The pro version of Wunderfind will cost you $4.99 which is not a lot considering those lost Bluetooth devices would have cost you so much more. Just saying.

Wunderfind is a truly wonderful app. I have never seen any other app like this. I mean I have tested NFC tags like Tile that makes it easy to find lost devices but it requires you to attach a physical tag to the object in question. The good thing is that you can use them on any surface like bags also. The bad thing is that they are really expensive and you can’t attach them to small objects like earphones or bands. On the other hand, this little app can be used over and over again and can connect to as many devices as you want for a one-time price. But it will work with Bluetooth devices only. Well, you don’t get everything in life.