10 Best AR Games for iPhone and iPad to Play Inside 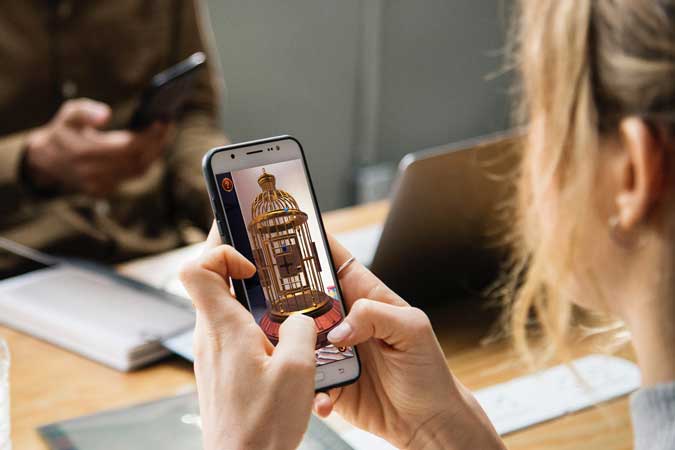 Augmented reality has been around for a while and there are plenty of innovative apps but I really like the idea of gaming with AR. It’s much more immersive than regular gaming and opens up new categories of gaming. I use an iPhone and came across some really amazing games. Let’s check the best AR games for iPhone and iPad.

If you’re looking for AR games for Android, you can check out the list here.

You’d love this game if you need to just get up and feel like running. AR Runner can be played indoors, or outdoors and your aim is to complete simple challenges like running in a circle in the shortest amount of time. There are four field sizes ranging from 6’x6’ up to 52’x52’, you can play through 4 different game modes which all involve paying attention to your surroundings and your phone for checkpoints. You can also record your gameplays and save them on your smartphone.

Playground AR is a sandbox game that simulates objects with real physics. It has building blocks similar to Legos which you can use to build castles, buildings, homes, etc. There are tons of other small toys such as RC cars, firing canons, UFOs, etc and the best part is that you can control those toys from the screen. Even though the game is intended towards small kids, adults would love it as well.

Technically, it’s an educational app for kids designed to help them learn maths but I’d give it a pass as an AR game because it’s really fun. You start by mapping out a town in your room or on the table and then you’re presented with a series of math questions and you have to guess correctly by tapping on the people holding the correct answer. The game is really well built and I can now count on my fingers, yay!

If you grew up watching Ghostbusters and tried to make your own Proton Blaster then this is as close to reality as you can get. Ghostbusters World is an official AR game developed by the studio. Just like Pokemon Go, you would have to roam around the real world and catch ghosts. The game mechanics are super clever and make you struggle to catch those nasty ghosts that don’t want to get caught. You can find location-based dimension doors and have giant PVP battles with your buddies. So who you gonna call to play this game with? 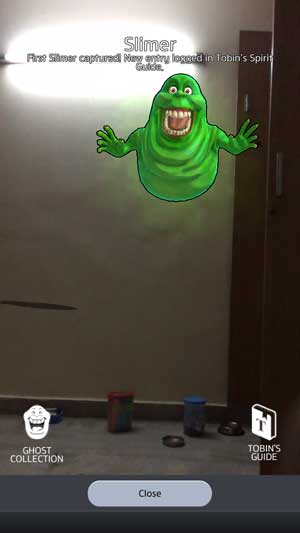 AR Robot is an action game that lets you fight with your Robot avatar. You can set up a fight anywhere in the house and begin the battle. The moves need to be precise to have an effect and you actively have to make sure you don’t move away from the fight as one does while playing an action game. There are many different moves that you can unlock as you progress through and even fight your friends locally. 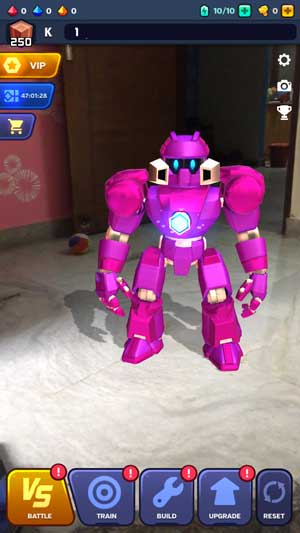 If you remember the good ol’ days of going out then this was the game to play. Pokemon GO is one of the first successful AR games that bring the world of Pokemon to reality. You play yourself as a pokemon trainer and you have to actually move and go to nearby places to discover and catch pokemon. You can battle other nearby pokemon or players and build your XP. Go gotta catch em all.

The Birdcage is one of my favorite AR games on the App Store. It is a beautiful puzzle game where your aim is to unlock the birdcage and let the bird free. To solve a puzzle, you’d place the virtual birdcage on the floor of your room or a desk and then inspect the surroundings to find the puzzle. I love the originality of the game which makes you think outside the box.

Next in the list we have a simple arcade game that implements AR in a clever way. You play as a blob whose aim is to jump over a series of poles to reach the next safe point. The interesting part is that you play in your room using the Camera, the preview on your screen is always black and white that makes the game even more immersive. Plus the gameplay music and mechanics make the game so addictive it’s ridiculous.

ARia’s Legacy is an escape room puzzle game that uses AR to create a puzzle in your living room. After scanning the surface of your room, it becomes a puzzle itself and you have to move around to find the clues. The game takes immersive experience to another level and you’d keep yourself entertained while you’re stuck inside your room (both figuratively and literally). 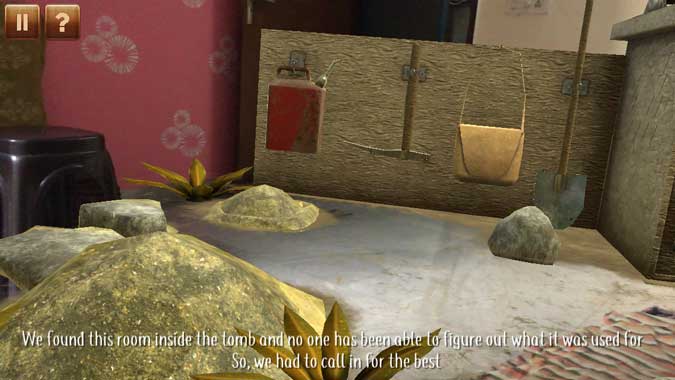 AR Tanks, although, has a campaign mode with 40 different levels, it’s best played with up to 4 friends in local multiplayer mode. The procedurally generated maps keep the gameplay fresh and exciting which is necessary for a small game like AR Tanks. Your objective is to defeat the opponents using different weapons and combinations of attacks. The graphics and gameplay look really polished and blend nicely with the background.

These were my picks that I usually play when bored. One of my absolute favorites is Give It Up that turns the entire room grayscale to match the game theme. What about you? Which is your favorite AR game for iPhone? Let me know in the comments below or reach out to me on Twitter.