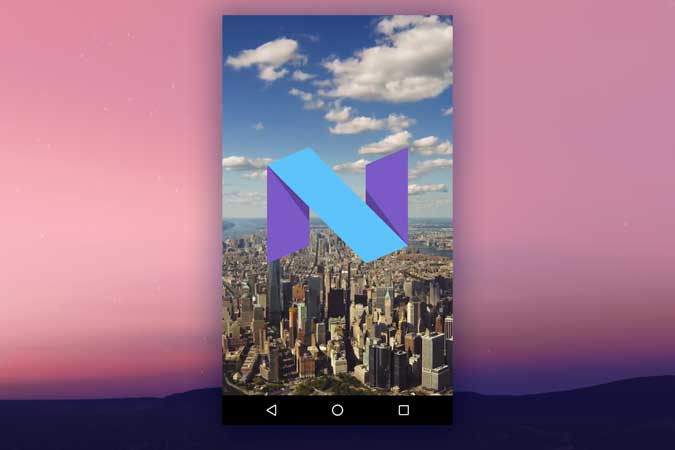 One of the perks of having a Nexus device is that you are the first one to get the latest Android update. And, believe it or not, yesterday Google surprised everyone by publishing the developer’s preview of the latest — Android N. Usually they released it in Google I/O, which is still a few months from now.

Now, of course, this is a developer preview, and actual consumer version can be different. However, it can still give us a good idea of what to expect. Right?

How to get Android N?

Well, first of all, not all device are eligible for this update. You will need a relatively new Nexus device (6/5x/6p/9/pixel c) with the bootloader unlocked. (no ROOT required)

Now, you will have to install Android N in it. There are two ways to do that:

One, download the factory image of Android N from the official Google blog (no longer available) and then flash it on your device. You need to connect your Android to your computer and use ABD and fast boot to flash. Technical, if you have never done it before.

The second method is much easy. Simply opt-in for the Google beta program. Next go to settings > system update > download the OTA update (814MB) > follow the on-screen instruction. And that’s it, within hours you will be running sweet android N.

After using if for two days straight, I do find it pretty stable. If you have rooted Nexus, you can still update. No user data is lost. All your apps are still there. However, if you decided to opt-out from Android N, all your app data will be gone.

That said, if you don’t have a Nexus device, but you still want to know what’s new in Android N, then here is the list of some new feature, that I found interesting.

So let’s get started.

The Best Features of Android N

If you have ever used a Samsung TouchWiz before, you will find this one familiar.

But now, in Android N, when you pull down the notification tray, you will see a single row of 5 quick settings, along with the notification (if you have any). And pull it once again, will bring up the same old recent settings option.

By default, this single row of settings, includes the most used things like — WiFi, Mobile data, DND, flashlight, etc. If you single tap on any settings icon, it will toggle it. For instance, tap once on the network icon and it’ll enable mobile data and tap again to disable it. Saves time.

This is one of the most useful changes that they made in this version. So now you can use two apps side by side on a stock ROM. And surprisingly, it works quite well, even though it’s an alpha release.

See multi-window in action, with this animated gif.

By default both apps share equal screen real estate, but you can drag the boundaries of the app, to transform it. To exit the split screen, tap and hold the recent apps button.

Overall, this is a useful feature on six-inch phone or tablet. But unfortunately, it didn’t work out well with the YouTube app. That is, the video stopped playing once the YouTube app goes out of focus. Which is kind of a bummer, at least for me.

#3 Switch to the previous app

Another handy feature added in the Android N is the quick switch to the previously used app. Again not something new. CyanogenMod had this feature for years now. But it’s good to see in the stock ROM now.

Say, you browsing the web and get a push notification for email. So you switch to the email app and use it. Now once done, you want to go back to the browser. Then simply double tap on the recent app button. Again, a subtle chang,e but I am sure many people will find it handy.

There are two main changes in the notification area.

Obviously, you can expand the each notification by tapping, swipe it to dismiss it or long press it to configure notification settings for that particular app.

While this feature is not immediately helpful, it does have the potential to save lives.

So when you are first setting up your Android N (you can also do it later by going to settings> profile), you will see an option to add your full name, address, allergy, blood group and emergency contact, etc. This info will appear on the lock screen. And God forbid, if you met with an accident or you get unconscious, this might be a life saver.

Surely, it’ll take years before every device is on Android N and casual people start noticing this feature. But still, somebody has to start somewhere. Apple has already adopted this feature in their Health app, and it’s time for Android as well.

This feature is a god sent for senior citizens. My dad is going to love it.

So until now, if you want to make everything bigger on the screen, you would have to increase the font size. But then this will only increase the system fonts, the text inside the app still won’t get change. Similarly, you can increase the icon size by using the custom launcher. But that would also have a limited impact. Right?

But now, you can increase the size of everything on the screen. That’s the text in the messaging app, your app drawer, text in google chrome, etc. Kind of like changing the dpi value, but without having to root your Android.

Thankfully, Google has finally taken a strong stand against the spam telemarketing calls. With the introduction of the system-level calls blocking.

Blocking calls and SMS is not something new. Many Android manufacturers already had this built-in in their proprietary skins. Even if it’s not there, you can still get plenty of call blocking apps from the Google play. But since it’s a system level feature, you’ll see it on every device, no matter who manufacture it.

The battery is one of the biggest concern for every user. And there are steps taken to optimize it in every Android version.

For instance, Lollipop introduced a battery saver mode, which turns OFF the background activity once the battery hit a certain level, in Marshmallow there was doze. Which send the phone to low power usage mode when it’s in sleep and not moving. Usually, happens only in the nights.

At first, this looks good, But Shouldn’t this also work when the phone is in our pocket, and we are not using it?

This is why, from Android N onward, Doze will kick in whenever the display is turn OFF, even when the device is not stationary. This way you will get better battery life.

And don’t worry, you will still get high priority notification (like WhatsApp, email, Alarm, etc.) since they go through Google Cloud Messaging platform, which is an exception for the doze.

Android 6.0 Marshmallow was the first one to introduce a built-in file manager (hidden in storage settings). A feature that we should have from the very beginning. Now even though it was there in marshmallow, it was still very basic.

However, now in Android N, there has been some improvements. Earlier, there was only an option to copy stuff, but now you can create a folder, move and rename stuff. Obviously, this still nothing compares to ES file manager, but in case you don’t have a third party file manager installed, at least, you can now use the built-in one.

There is a similar feature in Chrome for Android- which when turned ON, will save your data. Similarly, this data save has taken a global approach.

If you are running low on mobile data, turn ON this feature. And it’ll tell all the installed apps to use as low data as possible.

Night mode there in the developer version of Marshmallow but for some reason, it was later ditched in the final consumer version. But guess what it’s back, and this time, it comes with some extra options as well.

However, this night mode is hidden in the settings. To enable it, long press the setting (gear icon) in the quick settings, your device will vibrate, and you’ll see a label saying System UI Tuner is now available. Now go to your settings > scroll all the way to bottom > System Tuner > Color and Appearance > enable night mode.

Once you turn ON the night mode, you will notice the white background turn into black and black text changed to white. Kind of like color inversion but smartly done.

There are also other super useful features like adjusting the brightness of your screen automatically based on your location. Or applying a filter on the screen at night, similar to flux or c.f lumen. However, night mode crashed a lot for me. So, I can’t comment how accurate they are. We have to wait on that.

So Android N comes with lots of welcome updates. Most of them are so obvious that I often wonder why we never had them before.

Though I have to say, most of this newly added feature were already present in iOS, Samsung TouchWiz or custom ROMs like CyanogenMod. But, what Google did is, they have implemented it more intuitive way. It’s like they are the first one to get it right.

But still, it’s just a developer preview and let’s see how similar or different the consumer version is. That said, let me know what are your thoughts on this latest version in the comment below.