Home » Internet » What Does Dynamic Island Do on iPhone

25 Apps and Services That Dynamic Island Supports on iPhone 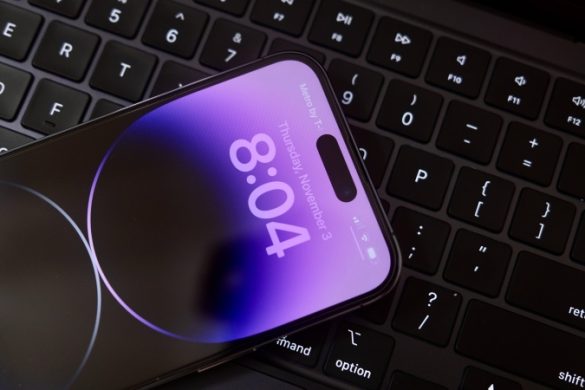 Things Dynamic Island Can Do

Dynamic Island is capable of showing notifications on various levels, like switching the phone to silent or live score of your favorite team. Let’s explore all the possibilities here.

System Alerts are those types of notifications that are pushed by iOS itself while using the iPhone.

Whenever your AirPods are connected to your iPhone 14 Pro, it will show you the battery information on Dynamic Island.

While paying with Apple Pay on your iPhone 14 Pro, you’ll notice the Dynamic Island shape-shifting while verifying whether it’s you or not.

The charging indicator has also moved to Dynamic Island. Whenever you connect a charger, you’ll see the Island expanding and indicating that a charger has been plugged in.

Face ID finally gets a permanent place in Dynamic Island. As many apps and services that used Face ID used to show the ongoing Face ID at multiple places. But from now on, you’ll see the Face ID on the Island itself.

Incoming calls have also been moved to Dynamic Island. When you receive a call, you’ll gradually see Dynamic Island expanding to show the name of the caller. And after picking up the call, you can see the duration of the call on the Island.

Just like the charging indicator, the low battery indicator can also be seen now on Dynamic Island.

In the iPhone 14 Pro lineup whenever you’ll switch to Silent and Ring, you’ll see the Island expanding and displaying the current sound profile in a very unique and bold fashion.

While using AirPlay on the iPhone 14 Pro, you can control the playback by long pressing on the Island. Earlier when you used to tap on AirPlay indicators, it used to cover the whole screen but the Dynamic Island changes this.

Switching Focus modes on iPhone now reflects on Dynamic Island also. You can also see the icon of the Focus mode you’re switching in the Island.

Note: You’ll see the Focus Mode indicator on the Island only when a scheduled Focus Mode is triggered. In the future, Apple may bring it to the normal switching of Focus Modes also.

Just after switching to Airplane mode, you will see the airplane coming out from the right side of the Island. This is a very short animation, blink it and you’ll miss it.

When an AirDrop transfer is ongoing, you will see the transfer progress on the Island graphically. This wasn’t possible in the previous generations of iPhones.

In the previous iPhone models, you can notice the camera and mic indicators on the top right corner of the screen, but in the iPhone 14 Pro, you will find these two indicators in the middle of the Island.

On the iPhone 14 Pro, you also get cool animation on Dynamic Island when you launch a shortcut.

Apart from these, Dynamic Island is capable of showing much information like NFC interactions, CarKey, Apple Home Key, Watch Unlock, Find My Hotspot, Accessories connect, and much more.

Dynamic Island also shows what’s currently being played on your iPhone 14 Pro. When a media is playing and you minimize it, it will appear on the Island as a small album art and a waveform on the right with matching accent color to the album art of the media.

Dynamic Island shows both normal phone calls and other calls over the internet from third-party apps. During an ongoing phone call, you can notice the waveform animating as you talk.

The apps that support CallKit are WhatsApp, Google Voice, Instagram, Skype, Telegram, and much more.

Note: Many apps are getting support for CallKit, so if an app isn’t supported now, it might get in the future.

Apple recently opened the Live Activities API for app developers. This means apps apart from Apple can now show live activities on the Island, such as scores, ETA for cabs, and much more. Here is the list of apps and services that are currently functional with Dynamic Island.

As discussed above, Dynamic Island supports both normal phone calls and third-party calls on the iPhone 14 Pro. Calls are given priority on the Island even when there are other activities running on the Island. The other activity will show up as a bubble nearby the call.

Most of the media apps support Now Playing on the Dynamic Island and make controlling music smooth and easy without even opening the app.

Minimize a running timer and it will show up in the Dynamic Island with a visual representation of time left in your timer.

Just like the timer, Dynamic Island also shows the indicator for Personal Hotspot on the iPhone 14 Pro and Pro Max. But do note that it will show on the Island only when a device is connected to the hotspot.

While recording the screen now it is completely visible on the Dynamic Island, and to end the screen recording you just need to long press on the Island and tap on the stop button.

Apple also added Navigation to Dynamic Island. Just start navigation on Apple Maps or Google Maps and minimize it and it will show the directions minimized on the Island and you can continue to use other apps meanwhile.

The Dynamic, The Island

Dynamic Island is basically a notch but with more functionality to it. Apple designed this to be fun and interactive and there’s no doubt about this as there are so many things to do with the Island. It is dynamic and adaptive, and Apple will bring more app support to Dynamic Island in the future. Till then you can try using all the above-mentioned apps and features to get the most out of your iPhone 14 Pro.

Do you want your iPhone 14 Pro to be safe and secure and look cool at the same time? Here are some of the best iPhone 14 Pro cases that you must check.