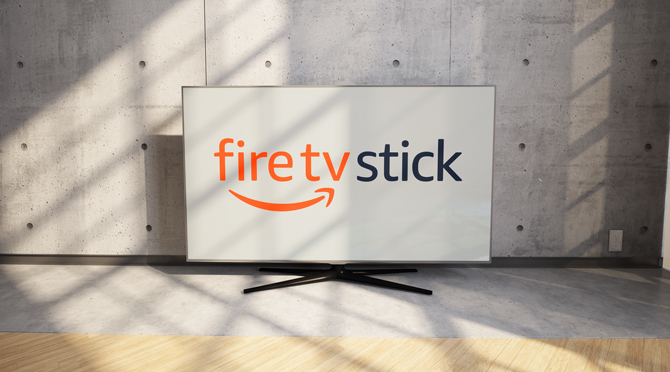 Fire TV Stick packs a lot of great features like 4K streaming, Alexa support, and inbuilt support for Android apps. The app store on the Fire TV Stick doesn’t do enough justice to the apps and makes it difficult to discover new apps. This does not mean you can’t get awesome apps on your Fire TV Stick, I did the hard work for you and came up with some of the best apps for Firestick. Let’s get started.

There are many Android apps that are not available on the Amazon store. With Easy Fire Tools, you can easily sideload apps on your Fire TV Stick from an Android smartphone with just a tap.

Read: Chromecast vs FireStick vs Roku vs Android TV vs Apple TV

EarthCam TV is a popular firestick app that lets you live streaming webcam content from all around the world. Such as beaches, mountains, Aquariums, Cities, Islands, and much more. Personally, I like the idea of being able to tune into my favorite beaches in the background while I’m chilling at home.

The app is free on the Amazon app store, and to watch any camera, any time, ad-free you can get an annual in-app subscription fee of $4.99. Go check it out.

Next on the list is Aptoide TV, It’s a replacement for the default app store. Even though you can sideload apps from the Easy Fire Tools but a good App Store is a must as sideloaded apps don’t update itself automatically.

Aptoide TV is specifically designed for the bigger screen and offers most of the apps you’d find on the Play Store. To download an app just explore a category or search for your desired app. Once you find it, just tap on it and it will start downloading the app in the form of APK. What makes Aptoide TV unique is the ability to auto-update the apps.

While it does offer similar features as the Play Store, Aptoide does have some illegal and malicious apps. So beware while downloading unknown apps while on your apps exploration spree.

Moving on to Mouse toggle for Fire TV Stick. This app lets you control the Fire TV Stick with a mouse. Why do we need a mouse toggle? The Fire TV remote although works and lets you open the app but it can’t navigate through the apps’ interface.

Mouse Toggle enables the mouse service and you can use the cursor to navigate the apps. It shows a circular cursor whenever you press the play button twice. Once you see the cursor on your screen, just navigate around the screen with the navigation keys and you are good to go.

This app would come in handy for most of the apps who interface isn’t directly build for the Fire TV Stick. You can get this app for free on the Play Store.

Much like your Desktops and smartphones, Firestick also supports VPN app.

While the app works like a regular VPN, the UI is a bit stretched out as it is designed for smartphones and not Fire TV. Once you get it running, you can use the mouse toggle app or connect a mouse (Firestick support OTG cable) to choose the country and tap on the connect button. Once connected, you can access all the geo-restricted content.

Smart DNS Proxy is best for you if you access apps that aren’t available in your country like Pandora, Netflix’s European catalog, etc. Smart DNS Proxy costs $5/month.

Next up, Haystack TV, it’s a News app for your Fire TV stick. With streaming services taking over the TV, people have cut the cords and lost access to daily news channels.

Haystack TV asks for your interest and tells you to follow channels that match your interest. It allows you to select channels and even genres that you like resulting in a clean and informative news feed on your TV.

This app has a long list of news sources, from mainstream news sources like CNN, Sky News to genre-specific news videos like Entertainment and gaming, you can get it all here. The app is free on the Play Store and you get a few ads here and there but nothing that would be annoying.

TuneIn is a popular Radio service which offers custom radio stations, Podcasts, music etc. With TuneIn Radio you can also listen to live radio as well as podcasts like the NFL podcats.

This app allows you to favorite stations and songs that you like. It also supports background playback so you can continue browsing movies while listening to your favorite music or podcast.

Read: Audible V Google Play Books: Which should you choose?

TuneIn Radio is for people who enjoy podcasts regularly and want the same experience on the Fire TV Stick. TuneIn app is free to download and use and it also offers a paid subscription which costs around $10/month.

Air screen one is my favorite apps in the list. The second-generation Firestick has screen mirroring (although, it’s quite buggy), but the latest Fire TV Stick 4k has no screen mirroring at all. Thankfully, you can still cast your screen on both old and new firestick with the help of AirScreen.

AirScreen works with DLNA compatible devices, and supports Miracast and AirPlay. Meaning you can not only cast your Android screen on Firestick, but it also supports Windows, macOS, and iPhone too. You just have to connect the devices to the same network, run the app on the Fire TV Stick and connect the device to the TV. It’s that simple.

AirPlay is best for you if you want to cast your laptop content using Google Cast, AirPlay, or Miracast. AirScreen is free on the Play Store.

You probably already know about the next app in the list, Spotify. You can also use Spotify on your Fire Tv Stick as well.

Download the app from the Aptoide TV app or sideload it with Easy Fire Tools app. The app works well on the FireStick and it’s well optimized for the TV layout. You can scroll through various playlists and albums and playlists and listen to your favorite tracks.

If you want a music streaming app, Spotify would be a great choice. It is free to download on the Play Store and the subscription costs $10/mo.

Next, we have Plex, it lets you access your local storage on a computer from your Fire Tv Stick. You can use it to stream movies, music, images, etc on your TV.

Install Plex on your Fire TV Stick and on your Windows or Mac computer and set up a server on your computer. Open the app and you will see all the recent audio and video files present on the computer. Tap on any of the video, press play and you are good to go. Also, make sure both the devices are on the same Wifi network.

The app is free and you can get it from the Play Store, it offers in-app purchases for additional features and has ads.

Rec is a popular screen recording app for Android. And surprisingly, it also works for Firestick.

As it’s originally made for smartphones, there is no way to access its interface but mouse toggle lets you control it. You can use it to navigate the app and start the recording. You can adjust the following options: size, bitrate, duration, and audio. It can record up to one hour with this app which would be enough for most shows you’ll record with this.

To access the recordings, use the ES File Explorer app to access and share the file with other devices. This is best for recording your favorite shows on Fire TV Stick. You won’t be able to record DRM protected content like Netflix if that’s what you’re thinking about.

Finally, the last app in the list, CetusPlay. It’s a universal remote app for Android TV, Chrome Cast, Kodi, Fire TV Stick, etc.  Unlike the official Firestick remote app, CetusPlay offers a bunch of extra features such as – broadcast images, videos, movies, etc with almost no lag. Just like Easy Fire Tools, you can sideload apps from this app on to your Fire TV Stick. You can also transfer long URLs to the Fire Stick using the app.

With this app, you can not only use the phone’s keyboard on the TV but also capturing screenshots of the TV screen. Not just that, you can use inbuilt Dpad, Touchpad, Mouse, Numpad, and Gamepad on the remote device. All of these features make it a truly universal app which would replace most of the apps you currently use. CetusPlay is free on the Play Store and contains ads and you can get rid of the ads for life with a one-time payment of $5.

As much as I love using the Firestick, I still envy Roku’s private listening feature where you can just plug the headphones in the remote and route the audio through the earphones. While you can connect Bluetooth headphones to your Firestick you can’t adjust the volume if your earphones don’t have a volume rocker(AirPods). Precise Volume fixes this problem and gives you an option to adjust the volume coming from the Firestick. I’ll be honest, getting this app to work is a little tricky and here an in-depth guide on how to sideload apps on Firestick. The app is free on the Play Store and works perfectly fine.

Read: How to Pair Airpods With Amazon Fire Stick and Control Its Volume

Sending files from your Android to the Fire TV stick has always been a hassle. But, here is a new app called Send Files to TV.  It’s a simple cross-platform file sharing app with no file size limit. All you have to do is open the app on both your Fire TV stick and Android. The app basically works like ShareIt wherein you have to select “Receive” on one device and “Send” on the other device, as long as both are connected to same WiFi network.

The app is available for Windows, Firestick, Android, and AndroidTV.

These were my picks for the best FireStick apps for your Fire TV Stick. All of these apps weren’t necessarily developed keeping Fire TV stick in mind but work surprisingly well on it. Rec lets you record the screen, Plex lets you access the media from your computer. You can use most apps with mouse toggle and most importantly Aptoide TV, and Easy Fire Tools, you can install all the amazing apps with these two apps. Tell us if you have any other apps that you use with your Fire TV Stick.