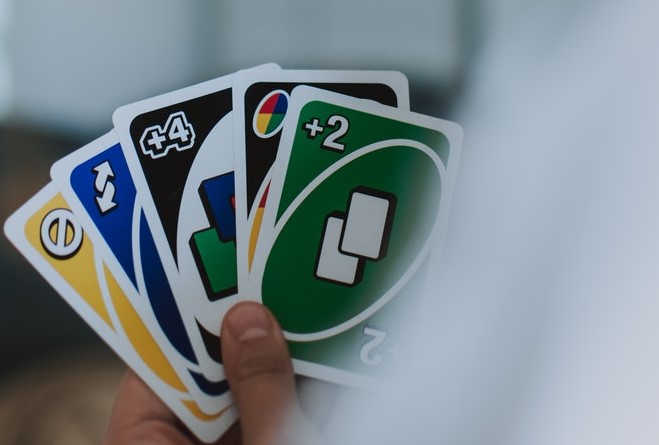 Cards games are a great way to pass time and also involve friends and family along. Whether it’s endless games of UNO or aiming to get the last lucky card to win the Solitaire match, you need either people or internet to connect with them remotely. Well, what if you don’t have any of that, and you still want to enjoy card games? Don’t worry, I’ve already got a solution for you. Here are the best offline card games for Android you can play right away. Let’s begin.

Card games often need quick guidance before you try your hand at the gameplay, well, not this one. Callbreak is a popular card game in several South-Asian countries that you can play on your phone without any internet. The gameplay involves four players with a deck of cards playing five-round each. You get to play with AI with the aim to bid the highest card in every turn. The game’s UI is very simple, so there isn’t much to customize besides the speed, card animation and the sounds.

The game pops up full-screen ads, but since our agenda is to play offline, the ads aren’t bothersome. 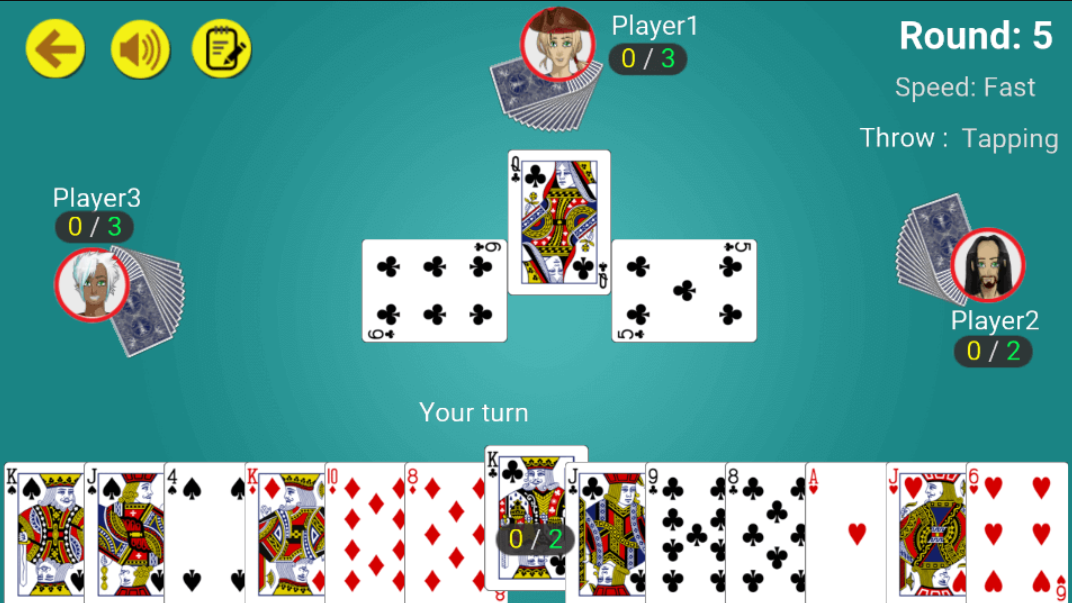 I’m sure you must’ve played Solitaire on your wrecked Windows PC. It drew almost anybody who didn’t have the internet and had some interest in playing cards. If you want to live up to that nostalgia, this app fits your bill on Android. The app has the same drag and drops gameplay and you can easily play it offline. It also contains various game modes like classic draw 1 card, draw 3 card, daily challenges, etc. If you’re a noob, you can easily check for hints and undo the move to tackle losing the game.

Once you’re bored of defeating the bot in games, make use of the internet and take part in multi-player tournaments and duels for fun. The game doesn’t contain any ads so you can expect a smooth UI. 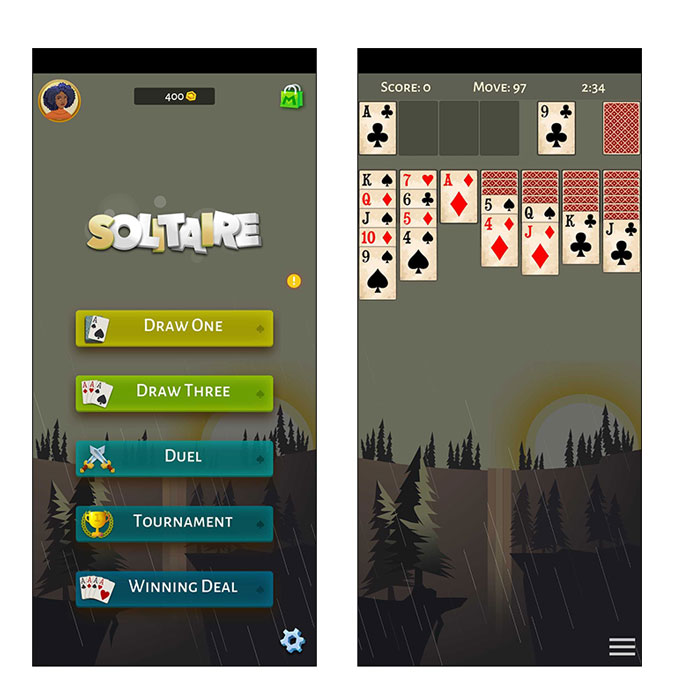 One of the most played and challenging game Rummy also has an offline avatar that you can play. For those of you who are unaware, in this game, each player is dealt with 13 cards from which they have to form sets of the same suit or valid sequences. The current app has an option to play in a duo match to a four-player setting. It’s a great way to start for someone who wants to play rummy online and deal with real money as they ace the game.

The app is free however you can watch ad videos to gain virtual coins that can be used in the gameplay. 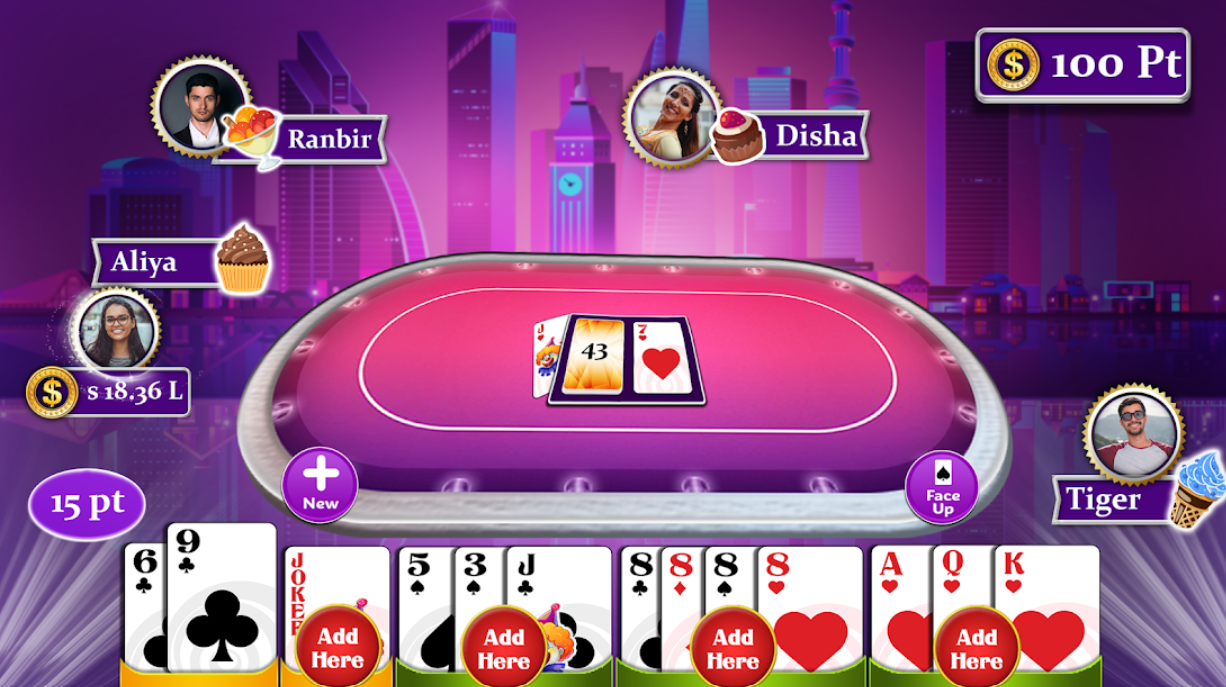 If you’re someone like me who finds it difficult to remember complicated card numbers, suits and above all so many rules, UNO card game is a perfect alternative. I’m sure you’ve played it with your friends & family, but if you’re alone this app can be your companion. The game allows you to play UNO with a bot. You can choose from up to 6 players without any intrusive ads or payment. What I like about this game is that it’s set to standard rules and makes you feel you’re playing with real players. There’s even a timer that sounds alarm if you take too much time!

It’s a must-have app if you love UNO along with a very uncomplicated gameplay and animation. 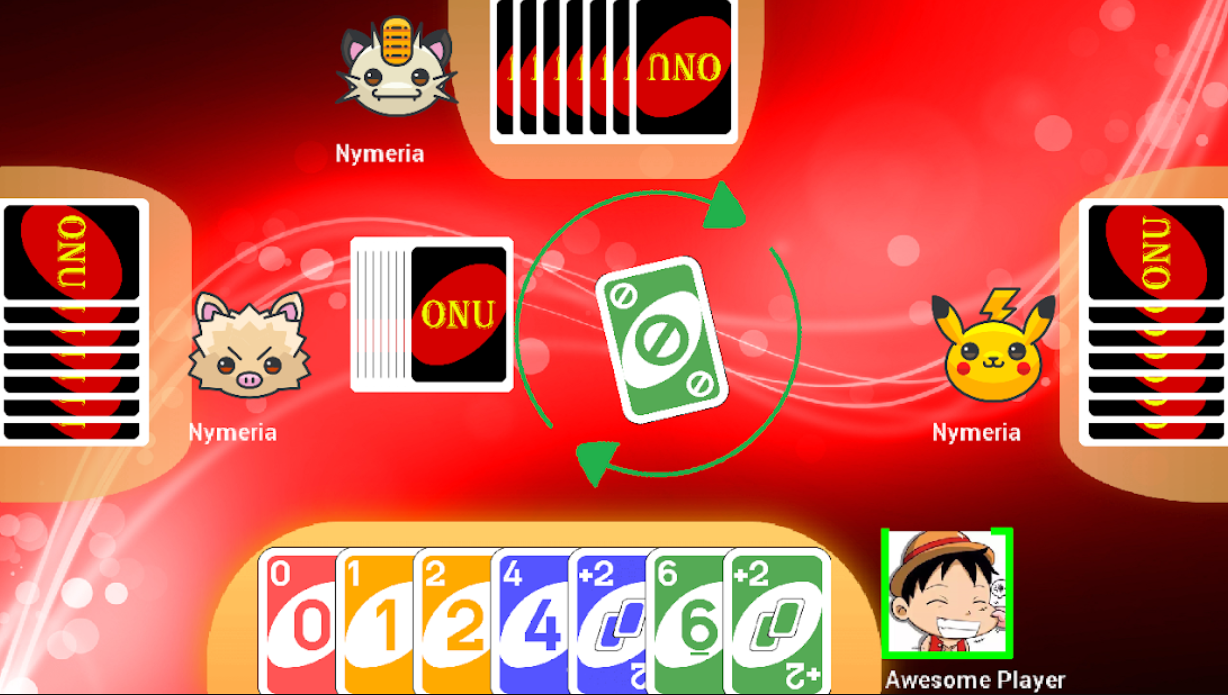 This games take a leap from the others in terms of the type of gameplay and also the game interface. Shadow Era is a cross-platform collectable card game (CCG). You get a pre-made start deck initially which you can change by winning the battle with your opponents. The most important card is the hero card and other 39 which must either be neutral or belong to the hero’s faction or class. You can also choose to learn, as the game gives the option to spectate game in progress and also lets you replay. It might sound complicated for a starter. but you’ll be hooked once you get a hand of it. Plus there is a dedicated forum where you can discuss, read and learn about the game.

The game needs internet for the first sign in and you can easily generate a guest username to play. 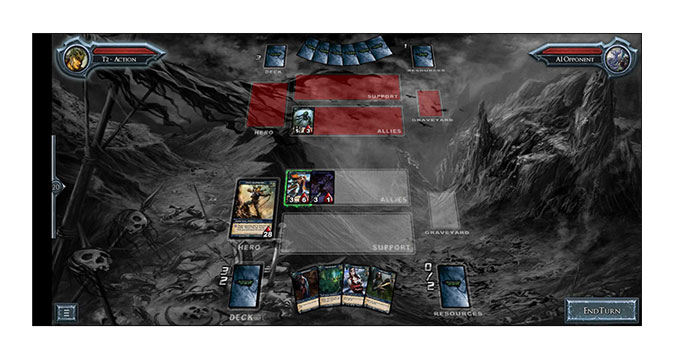 I stumbled upon this card game long ago through a Reddit thread and since then the game seems to pop up at places in my Reddit feed. Since a lot of users reviewed it well, I decided to give this one space on our list. The game is inspired by roguelike gameplay and requires the player to progress through dungeons, enemies, etc. Once you win, you get a chance to add cards to your deck and expand it. Each card can also have various classes (type) with unique abilities that can change your gameplay drastically.

There are multiple in-app purchases, but you can remove ads for $5/ one time payment. 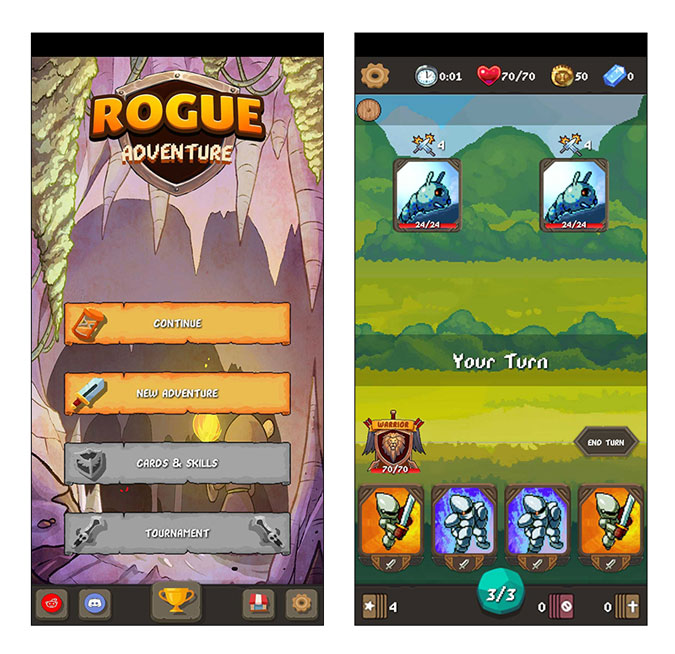 There is nothing better than having multiple games in one app just like olf video-game CDs. This Card Game technically doesn’t have 99 offline games, but 99 in total that you can play on the internet with a single click within the app like yatzy aces, classic Mahjong connect, hearts, pyramid solitaire, etc. Although there are few games that can be played offline such as blackjack, bridge, gin rummy, etc, the quality of gameplay will lack when compared to dedicated apps. The app has ads which can be easily killed by playing the offline games.

This app is for anyone who’s looking for a card game pastime and isn’t sure which game to play. 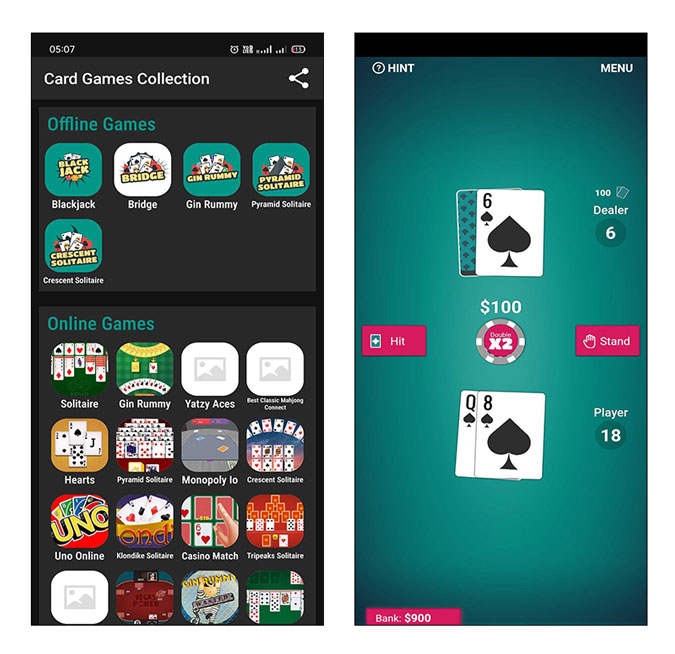 So, there were the best card games you can easily play offline. I personally play alot of UNO alone, so that’s the app for me. So, if you want to play a simple game which is not based on the traditional card games, try UNO. You can also check out Call Break since it’s such an easy card game to start with. Lastly, Shadow Era and Rogue Adventure are both great games, but also be ready for a longer time to learn the gameplay basics. If you’ve more games, drop them in the comment below!