Best Zombie Movies/Shows on Netflix to Watch During Lockdown 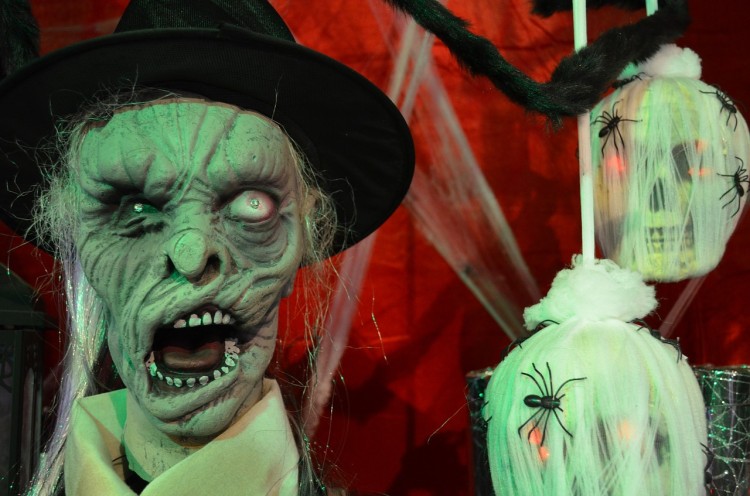 Well, here it is. Right out of a Hollywood movie. A deadly virus that has forced the hands of the greatest governments and institutions of the world into lockdown. Stay indoors or you will die. There is only one way to survive – hide! This is the perfect time to watch some zombie movies on Netflix. That’s the obvious next stage of the virus. No? A full-on zombie outbreak created by the virus we humans were foolish enough to unleash?

While we have already covered some of the best pandemic movies that you can watch on Netflix, I wanted to go one step ahead and cover zombie movies for Netflix users. What better way to pass time in quarantine or isolation than watching dead people take over the only habitable planet we know for good?

Let’s begin the list with a Korean movie that took Hollywood by storm. Train to Busan is a beautifully done fast live-action movie that does away with deep narrative and instead focuses on a self-serving antagonist. The lead is no hero but instead, follows his instincts to protect his own, often at the cost of others.

Train to Busan shows how humans can let emotions and survival instincts take over their better judgment. No need to play the hero when your own life is at stake. There are other twists as well. Instead of relying on their ability to smell or hear, zombies in this apocalyptic world rely on their ability to see. Yes, they are not blind like zombies in some other movies.

There is a sequel coming this year.

iZombie is a Netflix series that follows the life of a medical student who turns into a zombie. But instead of going on a rampage and causing an apocalypse, she keeps her sanity or rather tries to keep it, by eating brains of dead people in the morgue. How convenient that she’s a medical student.

As she eats more brains, so she gets wiser. She develops a skillset wherein she is able to solve crimes. A zombie Sherlock, anyone? Maybe all detectives should east brains for breakfast. The season finale has aired and received a mixed bag of reviews. That doesn’t mean the first four seasons are not amazing. I prefer series over movies because they give time to build character depth and backstory. Go watch it you like solving crimes instead of watching poor zombies (victims) killing.

The Walking Dead is a long series and suffers from the side effects of getting boring after some time. Think season 7 or 8, but it’s an excellent show where humanity or a band of survivors decide to fight like hell instead of keep running away. Merciless brutal killings, plenty of gore, and societies going back in time. 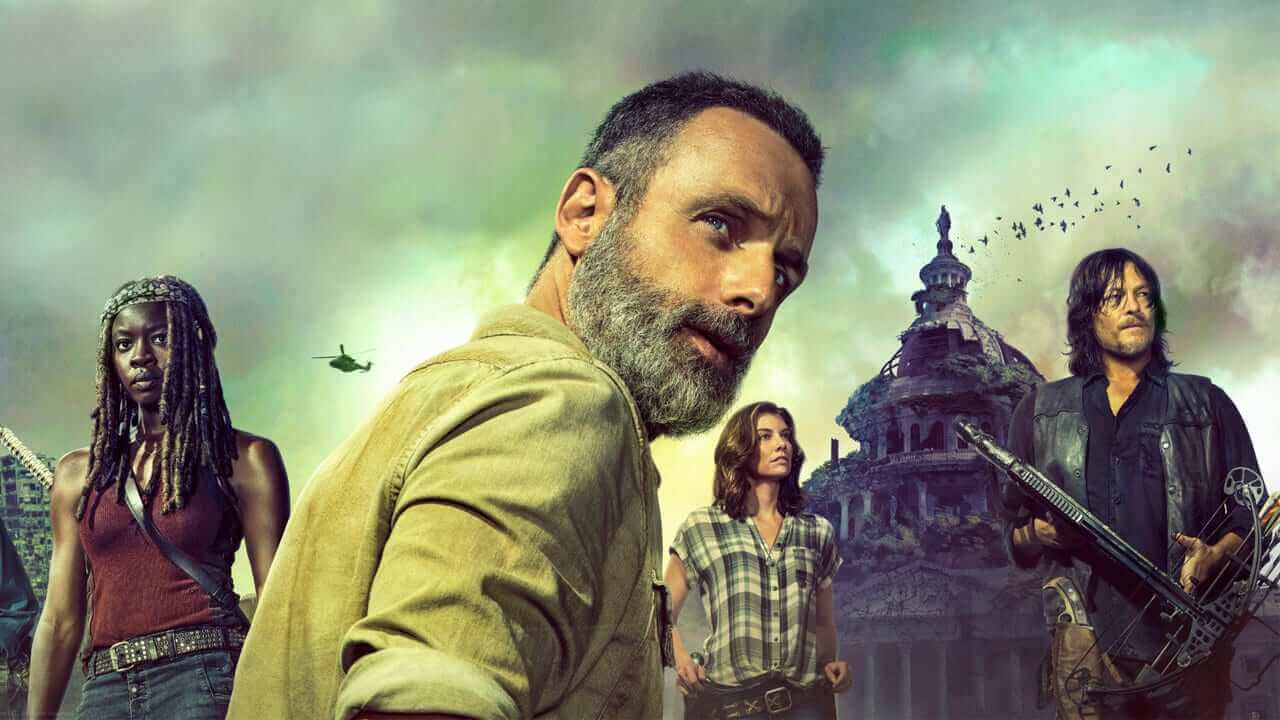 That means riding horses, growing your own food, frequent disputes between surviving societies, and old-school weapons like swords and arrows. This is what a post-apocalyptic looks like or should look and function like. A more realistic take on how life moves in the zombie-driven world. There is also a spin-off called Fear the Walking Dead.

How many times have you seen a zombie outbreak? I guess, plenty of times given the number of movies and shows made on the topic. Z Nation jumps directly to the plot. The country has been destroyed and its been three years. You already know what to expect. A bunch of survivors looking for a cure and they find it in a man who survived the zombies. His blood holds the answers. The show revolves around a perilous journey that must be undertaken to a viral lab where they may take a sample and develop a cure. 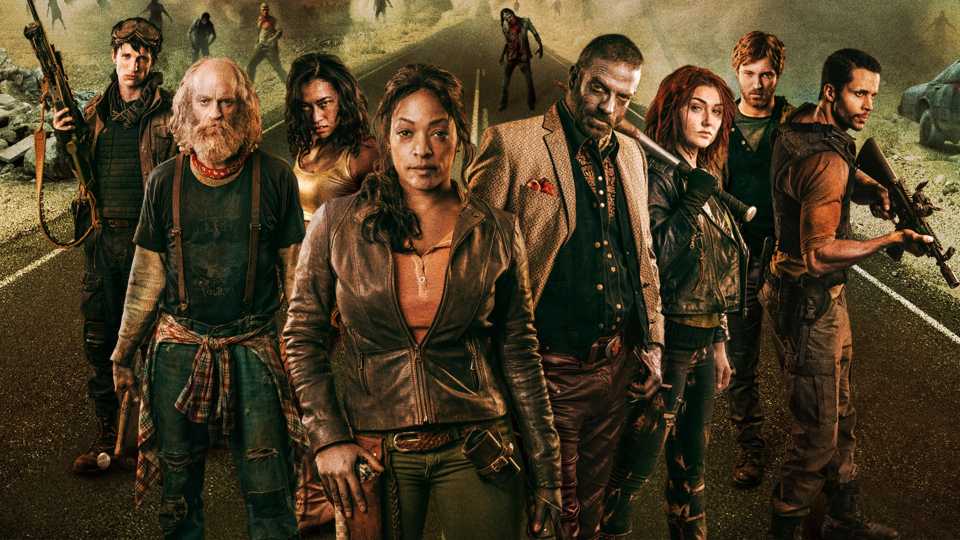 There is plenty of action, the scenery keeps changing because the rat-tag team are constantly on the move, and fight scenes are pretty cool. Surprisingly, the show makers have found a way to inject humor into the show without overdoing it. There is plenty of suspense and surprise deaths to boot. You would be foolish to compare it with The Walking Dead.

Black Summer is a spin-off of the original series that acts as a prequel to the original. The underlying tone is much more serious.

Zombies don’t stand a chance when there is Scooby-Doo and his crime-solving friends are here to save the day. A light take on zombies, the animated movie is funny, hilarious, scary, mysterious, and entertaining. Just like all Scooby-Doo movies and shows before it. 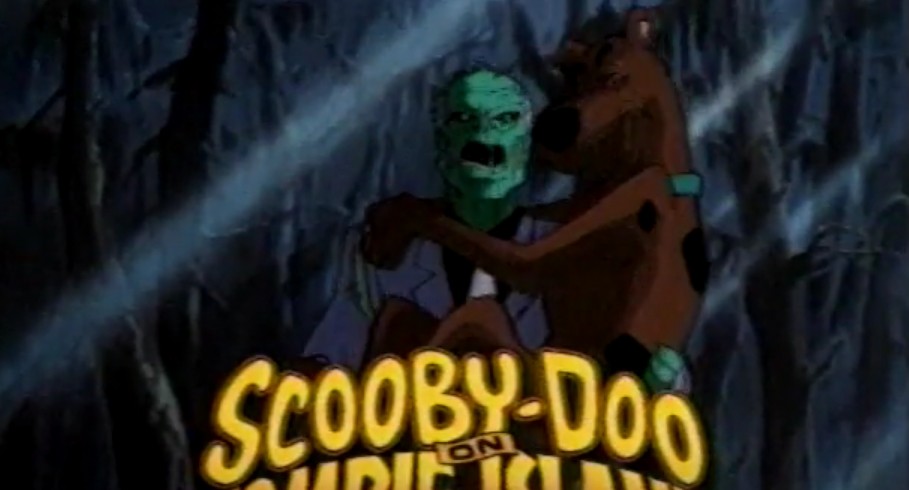 In the movie, the gang is no more together like the good old days but get together one last time for a birthday. That’s when they decide to find a real ghost story and instead, get more than what they bargained for. Zombies. But are they real or once again a bunch of crooks who want to profit on the back of fearmongering? Go, find out.

Watch out for the sequel named Scooby-Doo: Return to Zombie Island.

The Koreans have seemed to master the art of making zombie movies and shows with a twist. The Kingdom is a Netflix series that is set in an ancient era instead of the modern world setup that most zombie movies and shows adopt. Instead of skyscrapers and modern cities falling into ruins, the story revolves around a kingdom whose young prince must everything he can to protect this kingdom from the plague. 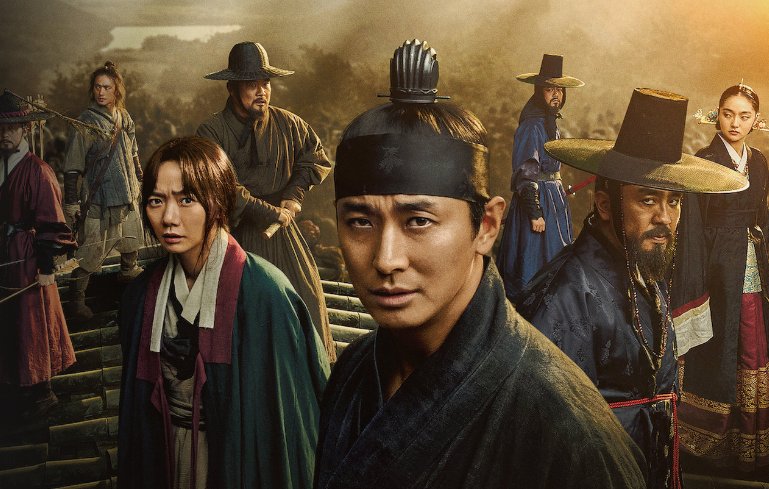 Go watch Kingdom experience the zombie outbreak in the medieval times where the weapons were different and there was no tech available.

There are plenty of other Zombie shows and movies available on Netflix but a lot would depend on your location too. Some of the series are really long and should keep you busy for days to come. Did we miss a good movie or series? Share your favorite zombie movie or show with us in the comments below.