Home » Android » How To Enable Randomized MAC Address On Any Device

How To Enable Randomized MAC Address On Any Device 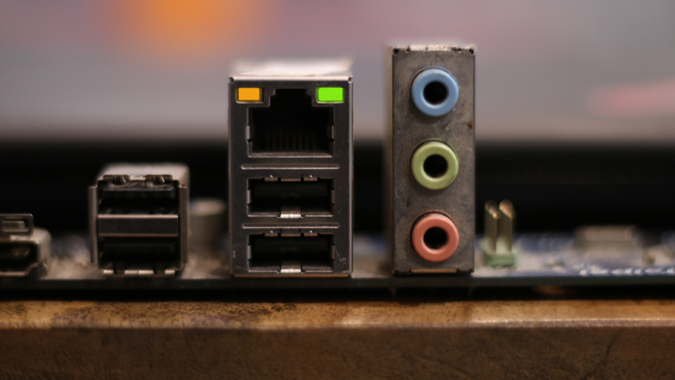 Randomized MAC Address is baked into a lot of OS like Android, iPhone, and Windows 10. On macOS and Linux, with a workaround, you can still get this feature. So, here’s how you enable a randomized MAC address on any device.

How To Get Randomized MAC Address On Any Device

What is a randomized MAC address?

Starting Android 10, MAC Randomization is enabled by default, when you connect to a new network. However, if you have a saved network while upgrading from Android 9.0, Android might still prefer using original MAC Address. In that case, you might have to force Android to use a randomized MAC Address. In order to check if your device is using a randomized MAC Address for a particular Wi-Fi, head over to the Settings menu.

Under Settings, tap on “Connections“. Next, tap on “Wi-Fi“. 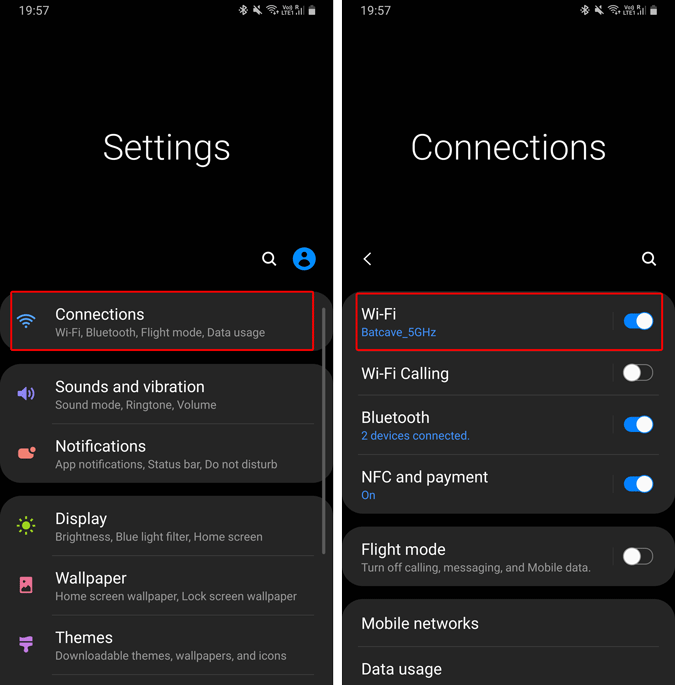 Under Wi-Fi, tap on the gear icon beside the Wi-Fi name. Under Wi-Fi settings, you would see an option called “MAC address type“. Make sure it is set to “Use randomised MAC“. 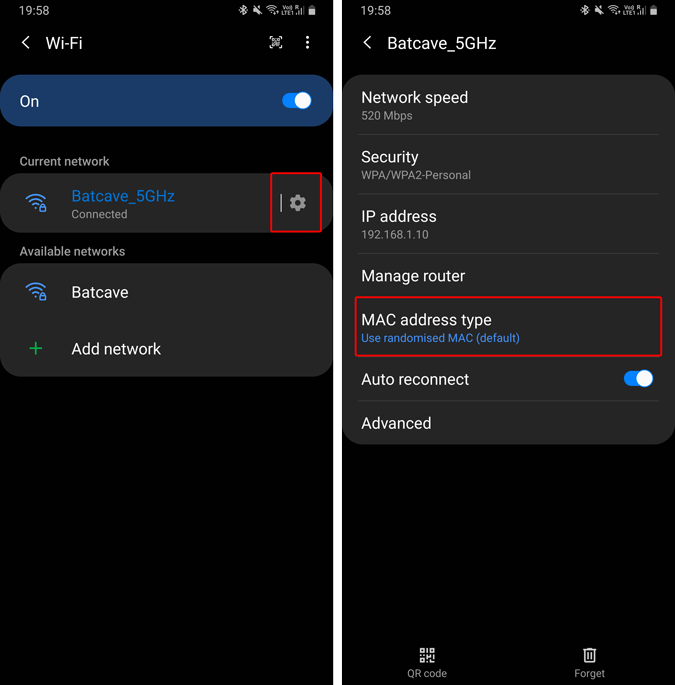 Out of the many applications I’ve tested, Change My MAC works quite well. Install the app and open it. Now in the app, you can generate a random MAC address with just one-tap. Although do keep in mind, when you restart your device, your phone will revert to the old MAC address. 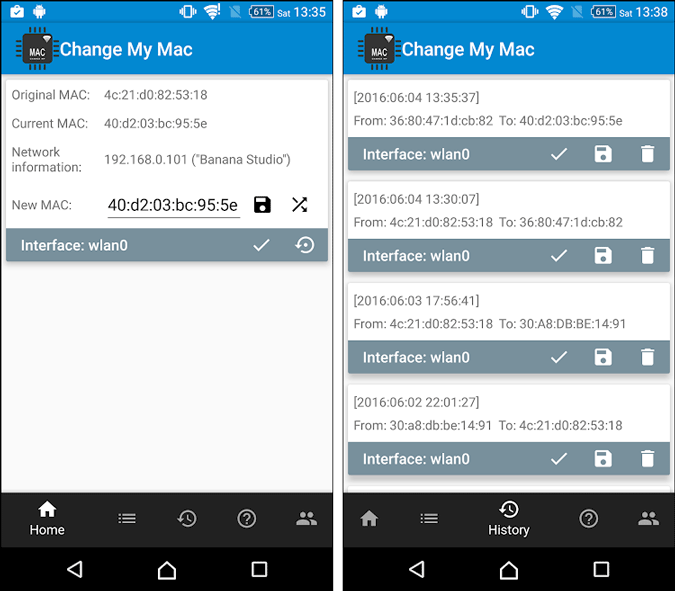 In iOS 14, Apple announced the ability for iPhones to have a random MAC address known as “Private Address. In case you aren’t on iOS 14, you can follow this guide to upgrade to iOS 14. Private Address would be turned on by default whenever you connect to a new network. To check, head over to the Settings app, and tap Wi-Fi. 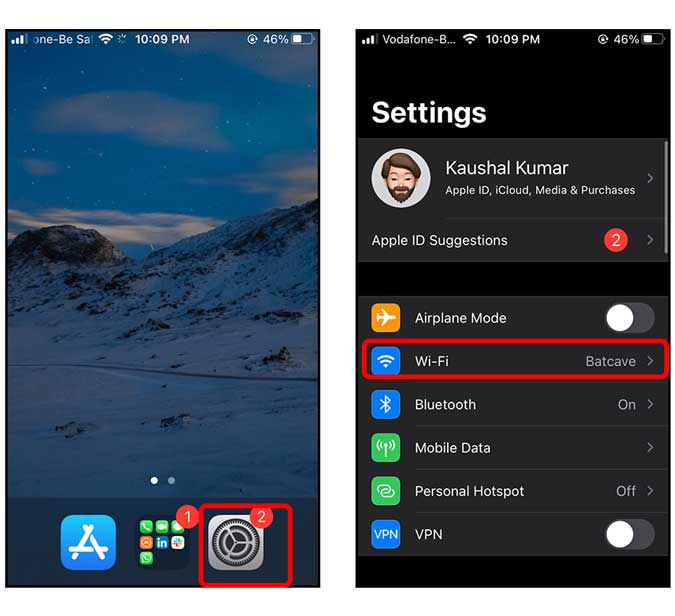 On the Wi-Fi page, tap on the “i” button beside the Wi-Fi name. Next, scroll down to find “Use Private Address”. Toggle the Switch on and that’s it. Your iPhone would now create a random MAC address and present it to the router.

Windows 10 also supports random MAC addresses. However, it’s not turned on by default. In order to turn it on, head over to the Start Menu and type “use random hardware address” and hit Enter. 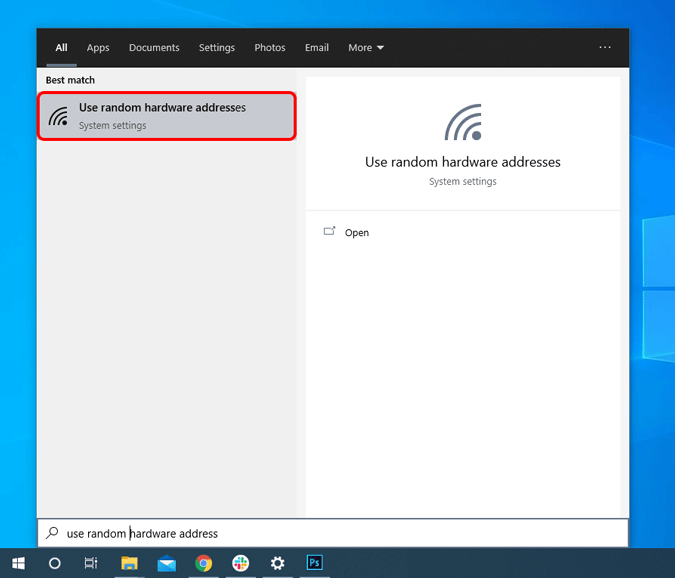 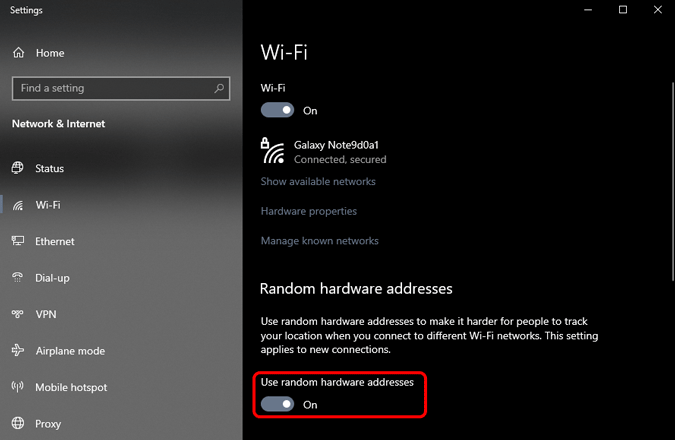 Do note that, if you do this on an office laptop, it might lead to access issues on a remote network. In case you face the same, revert the changes and run an “ipconfig /flushdns” on the command prompt.

To do that, we would first need your Wi-Fi adapter name. Mostly, it’s en0. But, you can quickly check it by opening the terminal and run the following command.

In the command output, check for the active network adapter. In my case, it’s en0 which is active. 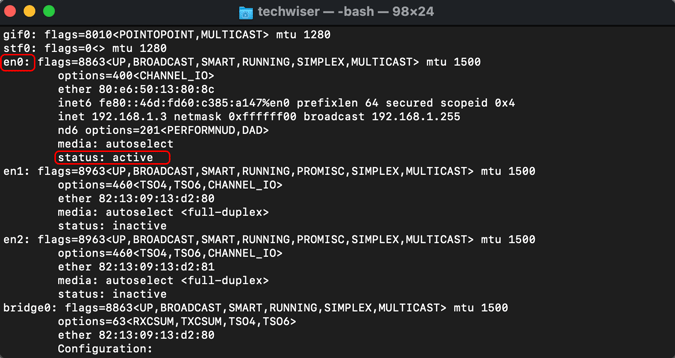 Next up, let’s check our original MAC address. Run the following command to do that.

Read: How to Disable Auto-Connect on Certain Wi-Fi Networks

Do note that you would need the admin permissions in order to execute this command.

Now, that we have changed the MAC address, let’s verify the changes with the following commands.

This workaround only lasts until you do a reboot. Hence, if things don’t work as intended or you want to reset this setup, do a quick reboot.

On Linux, the process is somewhat similar to macOS. You can manually change your MAC address and it’ll get reset after a reboot.

Foremost, we need to figure out the Wi-Fi adapter name. To do that, use the following command.

Once the Wi-Fi adapter is turned off, we can change the MAC address. To do so below is the command. Do note that, you cannot access Wi-Fi when it is turned off.

Now, that we have changed our MAC address, we can turn on our Wi-Fi adapter.

In order to verify that we are using the changed MAC address, use the following command.

As you can see in the above screenshot, I am using the assigned MAC address.

So these were the ways to get randomized MAC addresses on various platforms. For more issues or queries, let me know in the comments below.

Also Read: How to Prioritize Wi-Fi Networks on Windows, macOS, iOS and Android