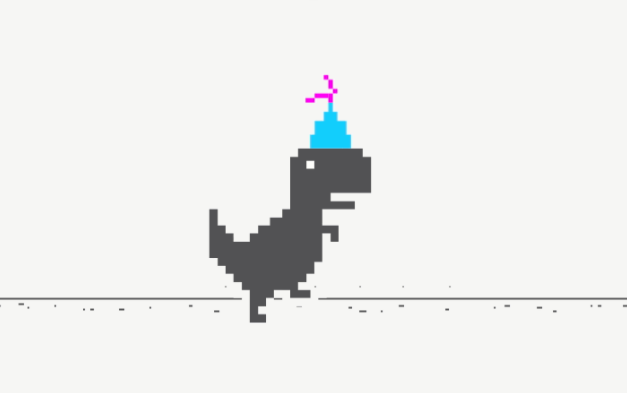 Most of you already know about Google’s Dinosaur game which turns the no internet screen into a never-ending obstacle race. If you got bored of it and want to add some spice, I’ve also talked about a few alternatives that are less boring and lets you add mods such as weapons, themes, and even play a 3D version of the game.  However, if you’re a hardcore fan and want to tweak and twist the original game, here are the 5 best Google dinosaur game hacks you can try.

We also covered Google Dino game alternatives recently that you might find interesting, to say the least.

Once you’re on the dino game webpage, right-click and tap on Inspect. Alternatively, you can also use the shortcut Ctrl + Shift + I to open the Inspect Element page. Now from the dev tools (right sidebar) tap on the console icon on the top. Once you’re there, you can type in or copy/paste the following commands to make tweaks to the game.

Do you find the T-Rex too fast to control or you wish to slow it down to a snail’s speed? Tweaking speed isn’t one of the Google Dino hacks that will directly help you score more, but it’s a fun way to change the game properties. If you ask me, I slow down the T-Rex and play a knockout match with my friends. Since the speed is below normal, it makes the gameplay even harder.

To change the speed of the dino, copy/paste the following command in the console section. Change the number from 1000 to modify the speed. For example, try 0.1 or 1100. Remember, if you add a number that is too high/low the game UI will not function properly and show a blank space.

We all know whenever the T-Rex hits any obstacle, whether it’s a cactus or a bird, you get the game over screen. This is really frustrating when you’re near breaking your own record. Here’s a way that lets you glide through all of these obstacles easily. There’s just one hitch, the score stops for a millisecond when you pass through the obstacle, which doesn’t happen when you jump.

Of course, you can still play the game by timing your jumps perfectly, but at least now you don’t have to fear the endgame.

Also, you need to use the functions before (1) and after (2) the middle command. This way, you can disable the immortality mode and end the game whenever you’re done.

The default T-Rex jump height is of perfect height and won’t hit the obstacle if you time it right. But for some reason, if you want to tweak the jump by making it short or extremely high (defy gravity), this command is for you. You can set any number with the default being 10. You can experiment and see which works best for you but the closer the number to default, the better control you are likely to have.

I suggest setting it to 10k jump once. Then simply sit back on your chair and relax while your score keeps on increasing.

Intro glitch is another fun Google Dinosaur game hack that literally freezes you in the initial stage of the game. This way, you let the game run and scores soar up but the T-Rex remains static and the game doesn’t even start. When you’re playing it with your friends and family, this trick might come in handy because you’ll already be ahead by a huge margin (provided they don’t see your scoreboard).

Once you’re satisfied and want to resume the game, you can type in the following command in the console section.

This particular Google dinosaur game hack does not have any practical use and in no way modifies the gameplay. You can still try and fake your scoreboard. Before you start the game, type the command below, and start the game. Rather than starting from zero, your scoreboard will show multiple digits. You can refresh the page anytime to go back to the normal mode.

Once you paste the code, change the number from 12345 to anything you like. Also, most likely, the number you type isn’t equal to the score you’ll see. For example, if you change the number to 99998 which is practically the highest you can get, the scoreboard shows 2500. So, you’ll have to do some trial and error yourself.

So these were some of the best Google dinosaur game hacks that you must try. I like using the immortality hack which enables the T-Rex to pass all the obstacles without any issue. Plus, if someone is watching, you can still pretend and jump your way through the cacti and birds in the game. Hope this makes the game even more interesting and fun for you. Enjoy!