The Amazfit watches run AmazfitOS which in turn is based on Android. This means you can sideload and run Android apps. Well, no! Unlike, Apple Watch and Android watch, Amazfit doesn’t support app installation. But, like every Android device, there is a workaround. Out of all the Amazfit smartwatches, storage access is provided on limited variants like the Verge, Pace, and Stratos. So, there is a way to install Android apps on these watches.

Apps like Uber, Spotify which require a companion app on Android won’t run on the Amazfit watch.

In simple words, the process requires you to download an APK file on the computer, connect your watch and install it via ADB. I am using the Amazfit Pace for this demonstration but the process for the rest of the watches is identical. Let’s get to the first step.

1. Foremost, you need to install the AmazMod services app on the watch. This app works as a launcher for sideloaded APKs and provides some inbuilt shortcuts and utilities as well. You can directly install the AmazMod services by using ADB but I would recommend using the Windows AmazMod Installer Utility instead. It automates the process of downloading the services APK and installing it on the watch. 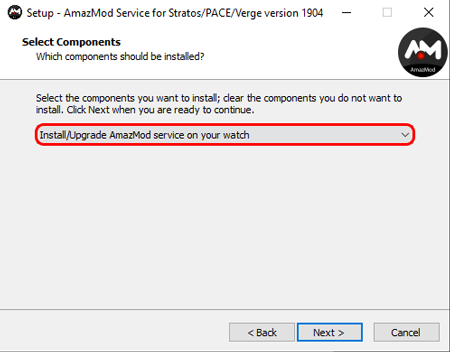 Although the AmazMod services app can be managed through the watch, you can also install the AmazMod companion app on your Android phone. It works alongside the Amazfit app and helps in controlling the services app on the watch. Moreover, the app also lets you set up custom replies to notifications on the Amazfit Pace. 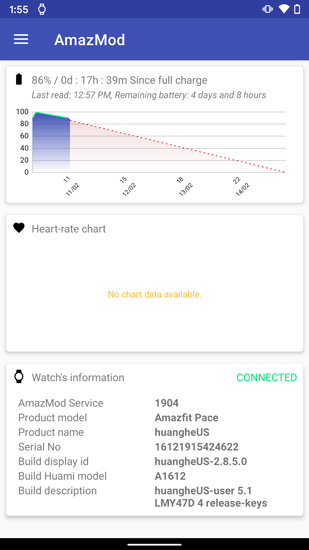 2. Connect your watch to the laptop via the charger in the box. Next, follow the instructions on the app and it will download and install the AmazMod services APK on the watch. It takes a while for the installation hence be patient. Post the installation, the Amazfit Watch will reboot.

Once you have the services APK installed, you can swipe left to see a similar menu on your device. This is the AmazMod launcher screen. It lets you access your third-party installed apps and internal files.

There are restrictions to installing third-party APK’s from within the watch. Hence, we have to use ADB. 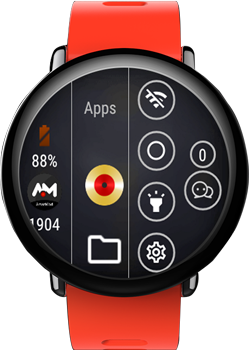 3. In case you don’t have ADB installed, here is a quick way to install ADB on Windows 10. Post-installation, connect your watch to the computer and open ADB in command prompt.

In the above command, replace “AmazingMusic.apk” with your APK file location.

Once you have the app installed, you can access it through the AmazMod launcher. In my case, it’s a third-party music player app.

In case the app doesn’t show up, restart the Amazfit Watch. 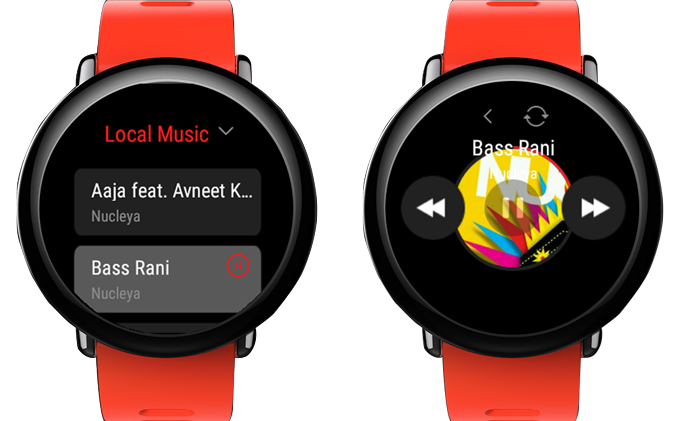 Eventually, if things go wrong, you can always uninstall the AmazMod app. To do that, connect your watch to the laptop and launch the AmazMod Windows Utility. However, this around select “Uninstall AmazMod service from your watch”. 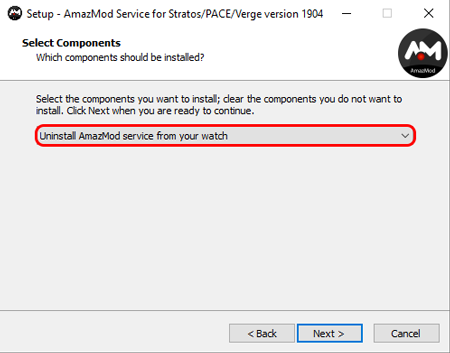 For more issues or queries regarding the Amazfit watches, let me know in the comments below.