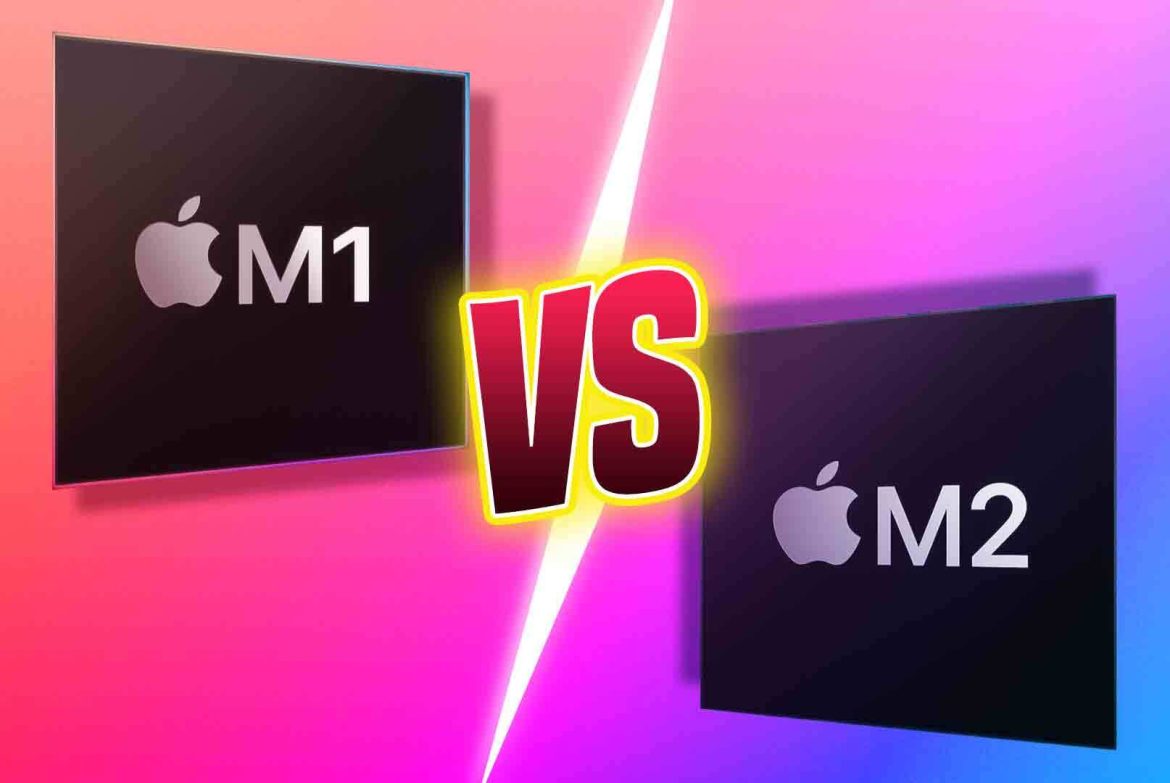 At the WWDC 2022 opening keynote, Apple officially unveiled the next generation of M2 SoC for the Mac and iPad platforms. Even though the M2 SoC shares the same manufacturing process (5nm) as the M1 CPU, there are several improvements across the board that deserves a different naming scheme. Here’s how M2 differs from the original M1 CPU and whether it’s worth upgrading from your existing M1 MacBook Air or Pro.

Apple is touting better CPU and GPU performance without affecting the stellar battery life on M2. The comparison below is based on CPU, GPU, memory capacity, transistors, manufacturing process, and more.

When comparing any two SoC side-by-side, you first need to check the process on which the company is manufacturing the CPU. While the M1 CPU used TSMC’s 5nm manufacturing process, Apple is claiming to use the second-generation 5nm process for M2.

While M1 was derived from A14 iPhone SoC, M2 seems to be on the derivation of the A15 SoC – which by the way is manufactured on the same TSMC 2nd gen 5nm process. You can check the die size reference to understand the dimensional differences between the M1 and M2. Apple used the extra space to pack more transistors (20 billion compared to M1’s 16 billion) ⏤ a healthy 25% increase from its predecessor. All those add-ons translate to improvements in CPU and GPU performance. Let’s talk about them.

M2 uses an 8-core CPU architecture. It’s similar to M1 with four high-performance cores and four high-efficiency cores. Even with the same architecture and manufacturing process, Apple is advertising an 18% CPU performance improvement. So how come Apple managed to deliver double-digit multi-threaded performance gains over M1?

The M1 CPU was never known for its GPU might. With the M2 upgrade, Apple is finally addressing GPU performance with over 35% improvement over M1. M2 packs the next generation 10-core GPU over 8-core GPU in M1. This may have an impact on the overall battery life of M2 devices. You won’t notice the GPU improvements in the light workflow but M2 should fare better in heavy and constant GPU-intensive tasks.

While the M1 CPU only supported LPDDR4x memory, M2 is finally boarding the newer LPDDR5 memory standard. M1 Pro and M1 Max already use LPDDR5 and it’s good to see Apple adding the same to their budget M-series SoC.

The vanilla M1 CPU was maxed out at 16GB RAM. M2 extends the support for up to 24GB RAM. That’s why we have the newer M2 MacBook Air and Pro with up to 24GB RAM in the offering.

As mentioned above, the M2 CPU comes with 20 billion transistors that are 4B more than M1 and 5B more than A15 SoC (on which the M2 is based).

The first line of devices featuring an M2 CPU is MacBook Air and 13-inch MacBook Pro – available from July 2022. Down the line, we expect Apple to release new iPad Pro and iPad Air models and an all-new Mac mini with M2 at heart. M1 devices aren’t going away anytime soon though. Apple is keeping the M1 MacBook and Mac mini on the shelves for those on a tight budget.

M2 Is a Welcome Upgrade Over M1

Apple has addressed all M1 shortcomings with M2. While M2 isn’t a revolutionary upgrade as the M1 (over Intel SoCs), it builds up on a strong foundation laid by M1.

If your M1 Mac is sweating while performing GPU intensive tasks, or running out of on-device memory frequently, you can upgrade to M2 devices when they hit the shelves.