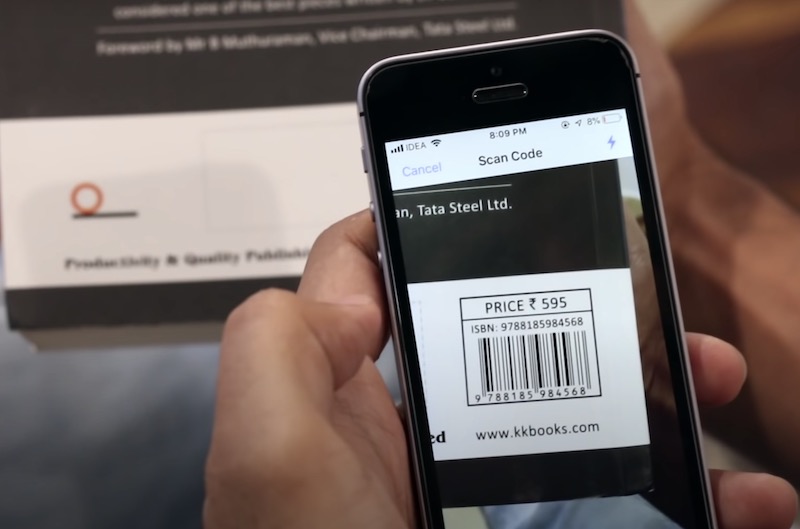 QR codes and bar codes have become extremely common in this day and age because of the variety of information that can be stored in a tiny code. Ranging from social media handles to bitcoin addresses, QR codes can store it all and you can read them easily with your iPhone. Let’s check out some of the best QR code reader for iPhone.

iPhone has integrated the ability to read basic QR codes in the Camera app itself so that whenever you point the camera at a code, it instantly reads and pulls out the data. If the information can be displayed on the iPhone, it gives you a notification banner that you can tap to open the contents. For example, a URL in Safari browser.

However, there are some limitations to this feature. iPhone can’t detect and interpret every QR code in existence such as wallet QR codes. That’s why specialized apps exist.

Redundant name aside, this app is really useful when you want an app to quickly scan QR codes that are at a distance. The handy slider lets you zoom in and scan any QR code with ease. On top of that, every QR code that you’ve scanned is saved in history.

This app can scan both 1D and 2D code types that include QR codes and also barcodes. QR Code Reader is free on the App Store.

QrScan is an impressive QR code reader app for iPhone that adds functionality that Apple missed. It can keep a record of all the QR codes that you have scanned. so far It is a convenient feature as it allows you to have that information even if you no longer have access to the QR codes.

After scanning a QR code, you can share the information associated with the QR code or the code itself easily. The app also lets you create QR codes which might come in handy. QrScan is free on the App Store.

The usual way of scanning a QR code with an iPhone is to point the camera towards it. What if the QR code is already in an image on the iPhone? Well, this app is made just for that. It allows you to scan QR codes from an image without any problems. Simply open the app and select the image that contains the QR code and it will scan it instantly.

Qrafter can read most kinds of QR codes with ease and has a built-in torch to make it easier to scan in the dark. Qrafter is free on the App Store and has ads.

QR Code Reader with a lightning bolt symbol has a comprehensive list of features that include a code scanner, PDF scanner, Sudoku scanner, and a dedicated business card scanner. The app can read all kinds of QR codes and barcodes easily. You can enable batch scan to scan multiple QR codes at once.

The best part of using this QR code reader for iPhone is its ability to generate a CSV report of all the QR codes you have scanned. It would come in handy to those who regularly deal with a lot of QR codes at their workplace. QR Code Reader is free on the App Store.

This is not a QR reader app but a nifty Siri Shortcut that would come in handy, if you frequently share Wi-Fi with your guests. This Siri Shortcut can save the Wi-Fi password and create a QR code that you can share with your friends to scan. They would be able to connect to the Wi-Fi without you having to share the password.

Not just that, it will also store Wi-Fi passwords so even if you forget the password, you would be able to recall it from this shortcut.

Get My WiFis from RoutineHub (free)

How Do You Read QR Codes on iPhone

These were a few good QR code readers for iPhone that offer something more than the inbuilt Camera app on iPhone. Qrafter is great for scanning QR codes from images, QrScan adds a history tab to keep track of all the codes scanned in the past. If you have a better QR code app suggestion then let me know on Twitter.